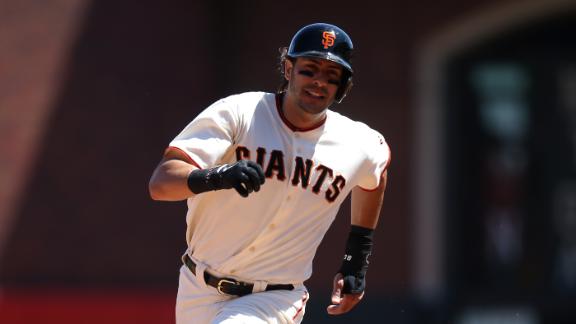 Morse can earn more in the contract through performance bonuses.The deal has yet to be finalized.

The 32-year-old outfielder/first baseman hit .279 with 16 home runs and 61 RBIs for the World Series champion San Francisco Giants last season, his first with the team. He hit .250 with four RBIs in 16 at-bats in the World Series.

In 10 seasons with the Seattle Mariners, Washington Nationals, Baltimore Orioles and Giants, the right-handed hitter has batted .281 with 99 homers and 333 RBIs.

Adding Morse will be the latest addition this offseason for the Marlins, who have made a flurry of moves after locking up slugger Giancarlo Stanton to a record $325 million contract. They also traded for All-Star second baseman Dee Gordon, right-hander Mat Latos and right-hander Dan Haren, who has indicated he might retire.