Nets' Kyrie Irving to get MRI after spraining knee vs. Wizards 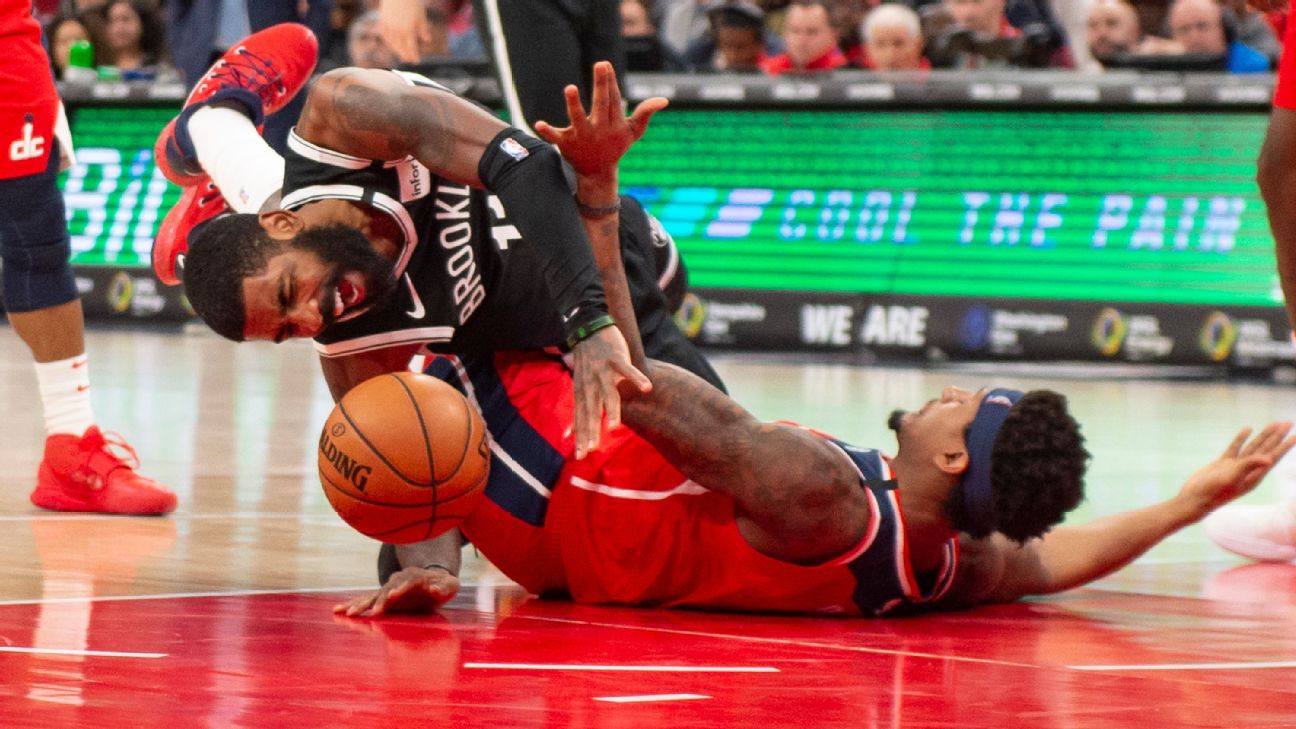 Brooklyn Nets star guard Kyrie Irvingsaid he would undergo an MRI after spraining his right knee.

Irving left Saturday night's 113-107 road loss to Washington in the fourth quarter, after getting tangled with the Wizards' Bradley Beal and falling back awkwardly on the knee.

"What a week," Irving said. "I'm OK, though. Just gotta get an MRI. X-rays were negative, just [have to] go home and see what's going on."

Irving initially stayed on the floor in pain before getting up to participate in a jump ball against Beal. Irving didn't jump and immediately limped to the locker room as a foul was called on teammate Joe Harris. The Nets called the injury a sprain.

Irving has missed 28 games during the regular season -- a high for his career. He missed 26 games because of a right shoulder impingement and one each due to a strained hamstring and to mourn the death of Kobe Bryant.

Irving has a history of right knee injuries. He strained his right knee in February 2019 when he was with theBoston Celtics.

"I've done some pretty decent things to my knees in the past," Irving said. "The most important thing is just making sure my ACL was fine. It was just a weird, weird, weird fall. I just felt a lot stretching and tension afterward. Just a bad fall."

The injury comes a day after Irving scored 54 points in a 133-118 victory over the Chicago Bullson Friday night in Brooklyn. The Nets are 21-27, a half-game ahead of theOrlando Magicin seventh place in the Eastern Conference. 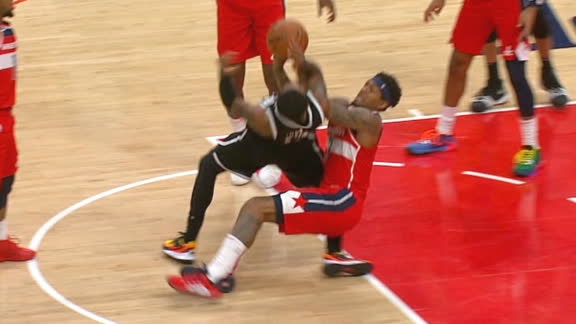 Irving lands awkwardly in scary collision with Beal
Kyrie Irving and Bradley Beal fight for a rebound and tumble to the ground awkwardly, resulting in Irving exiting to the locker room. 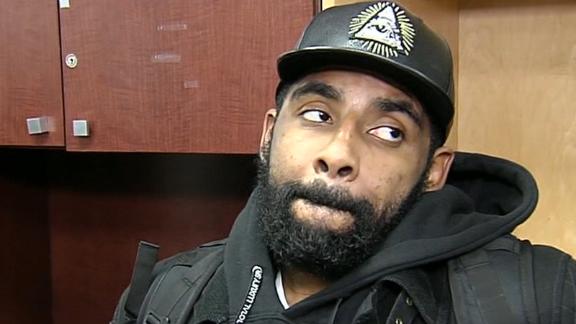