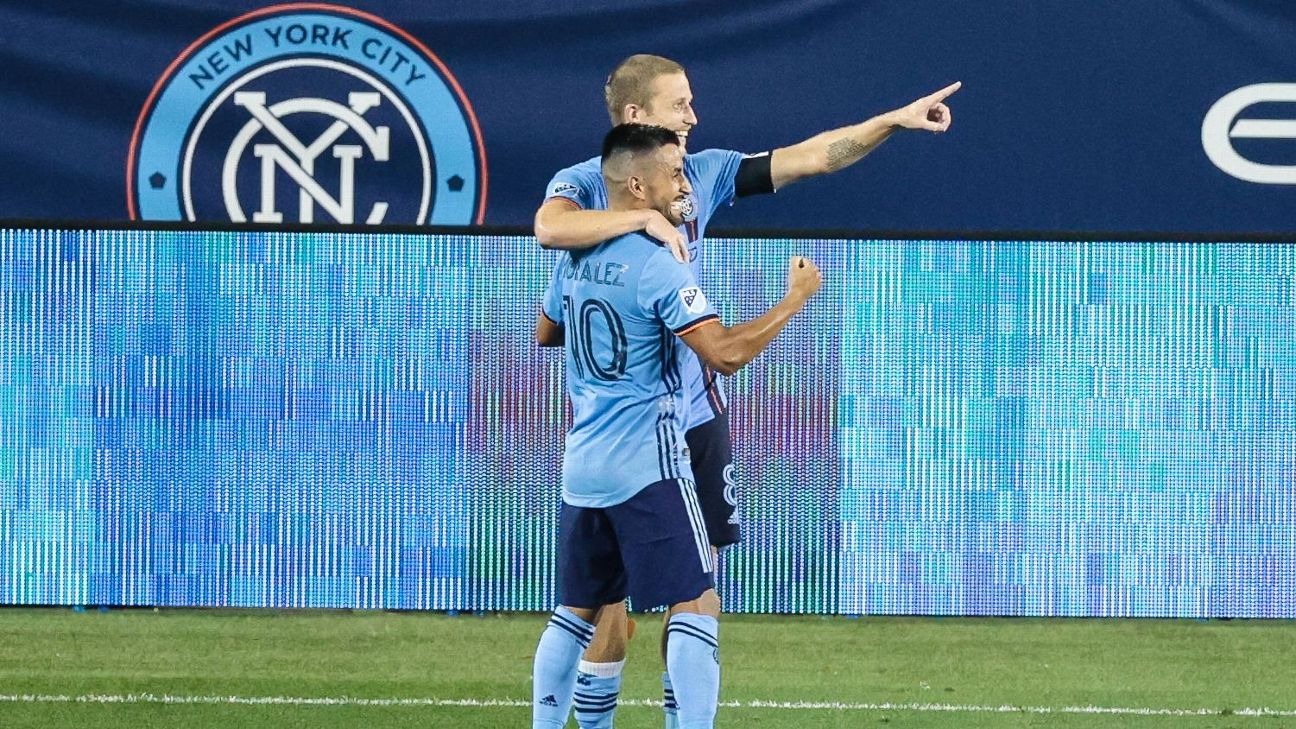 Defender Anton Tinnerholm scored the go-ahead goal in the 53rd minute to lift New York City FC to a 3-1 victory over the Chicago Fire FC on Saturday in Harrison, N.J.


NYCFC continued to make themselves at home at Red Bull Arena by following up Monday's 1-0 victory over visiting Columbus with Saturday's triumph. Yankee Stadium remains unavailable for the first phase of MLS' return to home markets.

- Carlisle: How MLS players came to boycott, respond to Hansen

Rookie Mauricio Pineda scored in first-half stoppage time and Connor Sparrow made four saves in his debut with the Fire (2-5-1, seven points), who did not benefit from the change in venue. Chicago had dropped four straight at Yankee Stadium before Saturday's setback.

NYCFC's Maxi Moralez entered the game in the second half, marking his first action since sustaining a calf injury during the MLS is Back Tournament last month.


It didn't take long for Moralez to record his seventh assist in seven career matches against the Fire, as the playmaker deftly slid a pass to set up Tinnerholm's right-footed shot from the right side of the box. Tinnerholm's first goal of the season and sixth career gave NYCFC a 2-1 lead.

Ring, who scored the lone goal versus the Crew earlier in the week, doubled the advantage in the 75th minute with a shot from the center of the box. The tally was Ring's second of the season.

NYCFC enjoyed a fast start as Alexandru Mitrita sent a through ball to Parks, whose right-footed shot from the right side of the box sailed just inside the far post in the 16th minute. The goal was the first of the season and second career for the 23-year-old Parks.

Pineda forged a tie at 1 after he found himself unmarked in front of the goal for an easy conversion past Johnson. Pineda's second goal of the season was set up after Francisco Calvo flicked on Alvaro Medran's corner kick. 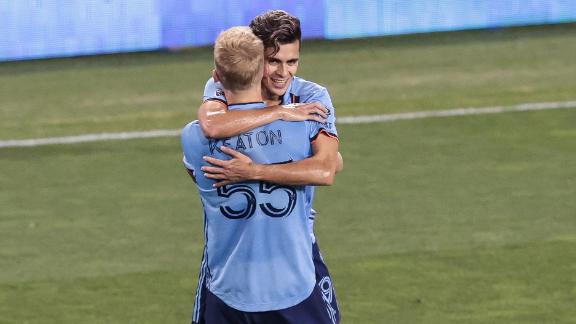 NYCFC put 3 past the Chicago Fire
NYCFC are starting to turn their season around, beating Chicago Fire 3-1. Watch MLS on ESPN+. 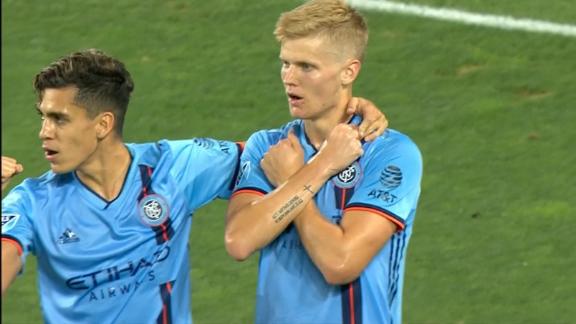