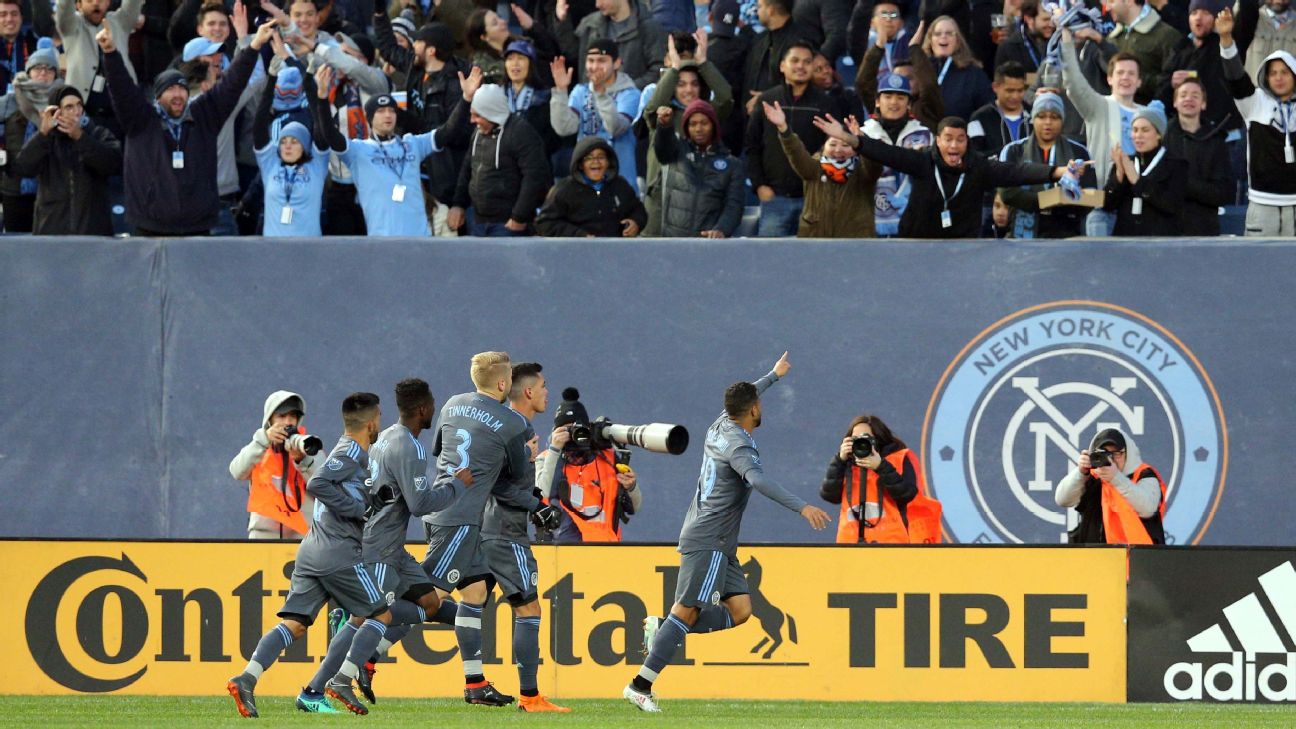 New York City FC made short work of Real Salt Lake on Wednesday night, running out 4-0 winners to extend the team's unbeaten start to the season.

The home side wasted no time getting on the scoresheet whenIsmael Tajouri-Shradi picked up a poor clearance from the RSL defense, took one touch and neatly curled the ball into the back of the net past Nick Rimando.

NYCFC doubled its lead from the penalty spot on the half-hour, with Maxi Moralez blasting his spot kick past Rimando after Justen Glad had tripped him up in a dangerous spot at the top of the area.

AndJo Inge Berget, deputising for David Villa who was left on the bench, made it three before half-time, slotting home from close range following a perfect toe-poke pass from Jesus Medina that left him all alone with only Rimando to beat.

The 3-0 half-time lead marked the first time all season that Patrick Vieira's team has scored three goals in a game, much less the opening 45 minutes.

Sean Johnson kept his clean sheet in tact to start the second half, impossibly stuffing Corey Baird on the doorstep when he had no one but the NYCFC goalkeeper to beat.

Vieira brought on Villa for Berget just before the hour mark, with the Spain international sitting on 398 goals for club and country in his illustrious career.

But it wasEbenezer Ofori who would score next for NYCFC, smashing a first-time shot past Rimando from a Moralez cut-back after some nice build-up play from the hosts.

Villa went close twice before the match ended, rolling an outside-of-the-foot shot just wide of the far post and having the ball cleared away from his feet by an RSL defender just before attempting a shot from 10 yards.

NYCFC remains unbeaten this season, with a record of five wins, one draw and no losses, and the win against RSL is the first in the club's history.