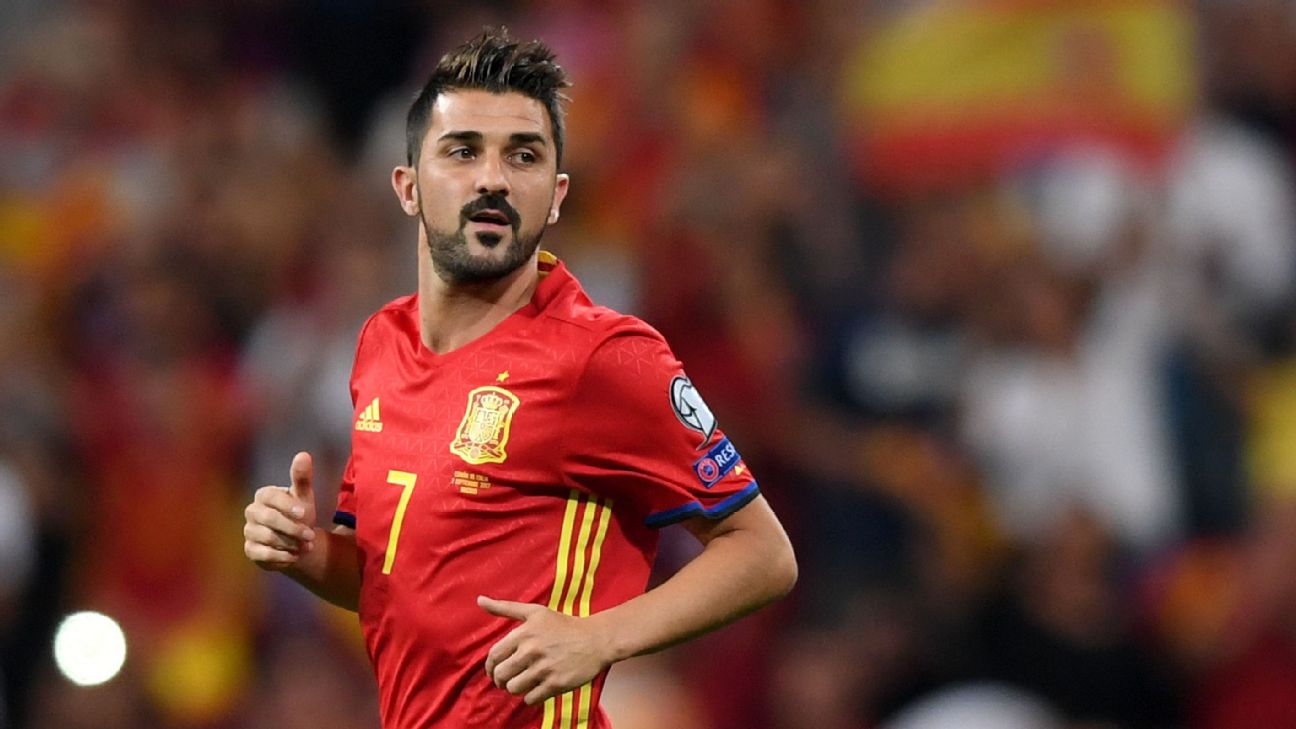 New York City FC forward David Villa says he will be "working hard" to play in his fourth consecutive World Cup this summer.

Spain's all-time top scorer with 59 goals in 98 games, Villa is hoping to have a strong start to the Major League Soccer season in order to win a place in Julen Lopetegui's squad for the tournament in Russia.

"The only thing I can do is to give my best for New York City FC when the league starts in March," the 36-year-old Villa told EFE while attending a conference of the National Association of Television Program Executives (NATPE) in Miami.

"We shall then see what happens. I'm sure the national team coach will look at every option available for his attack just as he will do for other positions. In the end, he will decide on who are the most suitable for the team. I will work hard. I would be delighted if it happens."

Villa's impressive form in MLS last year, where he scored 22 goals and set up five more in 31 league appearances, earned the former Valencia and Barcelona star a call-up by Lopetegui in August after a three-year absence.

But a muscular injury saw Lopetegui omit Villa from his next squad a month later.

"Injuries are always bad but especially in cases like this one," he said. "But people's reaction was truly beautiful. It was very sweet even though it ended badly with the injury."

Villa was the Most Valuable Player in MLS in 2016 and was a finalist last year.

"I'm very happy in New York and I feel well to continue to play," he said. "I feel privileged."

Villa, who won Euro 2008 and the 2010 World Cup with La Roja, believes Spain are among the favourites to lift the Cup this summer.

Spain qualified after finishing top of Group G, five points clear of Italy, and won nine of 10 games with one draw.

Lopetegui's side will take on European champions Portugal, Morocco and Iran in Group B.

"On paper, we have one of the best national teams," Villa said. "We have the best players, a great coach, a very powerful structure and we'll be among the favorites. But five months in football is a long time and it's difficult to give an evaluation right now. My hope and my wish is that Spain does a great job."
Report a correction or typo
Related topics:
sportsespnspainmajor league soccerfifa world cupdavid villanew york city fc
Copyright © 2022 ESPN Internet Ventures. All rights reserved.
TOP STORIES
NJ police impose curfew after large party gets out of hand
Empire State Building lit to honor Notorious B.I.G.'s 50th birthday
2 people pulled from Hudson River after jet ski collision
Man dies after collapsing at finish line of Brooklyn Half Marathon
Teen sought in 11-year-old shooting death also wanted for 2 robberies
White Sox shortstop accuses Yankees' Donaldson of making racist remark
Heat Advisory issued ahead of possible record-breaking temperatures
Show More
AccuWeather: Still steamy
Some peanut butter recalled for potential salmonella
Why a NJ teacher keeps an empty chair in his classroom
Puppy stolen from NJ pet store returned unharmed
Early Voting holds off Epicenter to win Preakness Stakes
More TOP STORIES News