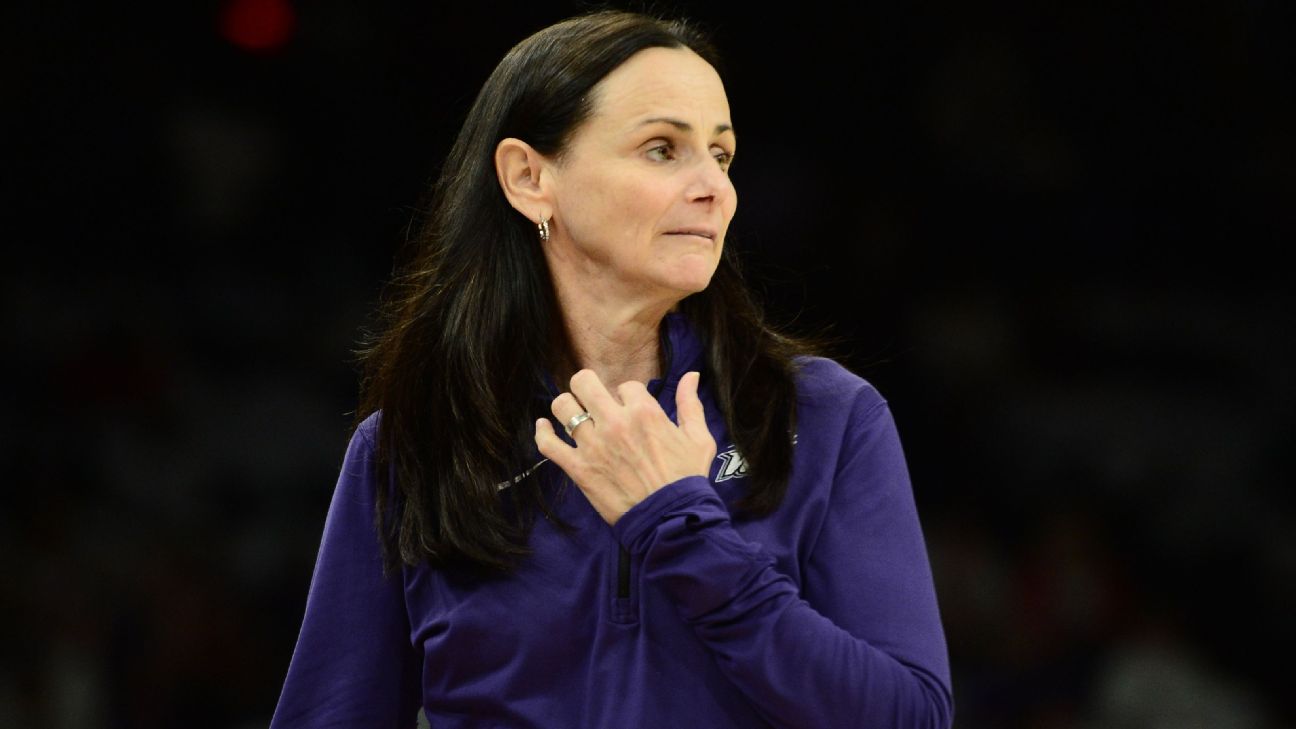 Sandy Brondello said the New York Liberty head-coaching position is as close to a dream job as she could have asked for after parting ways with the Phoenix Mercury.

Brondello, who won a title and made another WNBA Finals appearance in her eight seasons in Phoenix, was officially announced as the Liberty's new coach Friday. New York is an original WNBA franchise that started in 1997 but is still looking for its first championship.


"I've always enjoyed going to New York. Who doesn't?" Brondello said in an interview with ESPN.com Friday. "I'll probably have more visitors than I've ever had. The whole thing is exciting: great owners that are really committed to the growth and success of the team and are really down-to-earth."

Brooklyn Nets governor Joe Tsai bought the Liberty in January 2019, and he and his wife, Clara Wu Tsai, are governors for the WNBA team. Jonathan Kolb is the team's general manger. The Liberty hired Walt Hopkins as coach in January 2020, but he and the team parted ways in December after he went 14-40 the past two seasons.

Brondello was 164-128 overall as a head coach, with a playoff record of 24-21. The Mercury made the playoffs each of Brondello's seasons, highlighted by the 2014 WNBA championship.

With the WNBA free-agency negotiation period about to begin Jan. 15, the Liberty now has a coach in place to work with Kolb.

"We're on the same page; I have a great relationship with Jonathan," Brondello said. "It just makes it a little more special because we're aligned."

Brondello, a guard in the WNBA for five seasons before beginning her coaching career, said she sees a lot of promise in the team's young players such as former UCLA forward Michaela Onyenwere, who was rookie of the year last season.


"I look forward to seeing how we can expand her role," Brondello said. "She's a little undersized, but she's really tough. She's got that grittiness about her."

As for former No. 1 draft pick Sabrina Ionescu, the guard out of Oregon played in just three games before a season-ending injury in 2020. Last season, she averaged 11.7 points, 6.1 assists and 5.7 rebounds.

"I think the sky's the limit for her," Brondello said. "She's a very high-IQ basketball player, very skilled, especially on the offensive side. Not just scoring; her ability to pass. She sees things very similar to Diana [Taurasi] in that regard. She sees them before they happen.

"She has no fear; she loves taking that last shot. She wants to be great. That's part of the battle -- if they want it. I'm there along with my staff to help all the players be the best that they can."

Brondello said she and Kolb would be working to put together the rest of the coaching staff. Brondello's husband, Olaf Lange, is an assistant with the Chicago Sky, who won the WNBA title last season. The couple, who have two children, have coached together before in the WNBA and overseas. Might Lange be making a move to the Liberty?


Brondello was noncommittal but said, "You never know what the future holds. Right now, we're discussing free agency a lot, but I think the sooner the better in terms of naming a staff because there are other openings in the league. That said, I don't want to rush it because I want the right fit, not only for me, but for the players."

There is still one head-coaching job to be filled: Brondello's former position with the Mercury. Becky Hammon was named coach of the Las Vegas Aces in late December and Tanisha Wright was named Atlanta's new coach in October.

The Mercury beat the Liberty in the first-round of this past season's WNBA playoffs, winning the single-elimination game 83-82. Brondello said she feels the Liberty can be better both offensively and defensively in 2022.

"It's about building the culture and making it a team," Brondello said. "I'm not a dictator. If you want a dictator-coach, that's not me. I'm a servant-leader. I want to put the players in positions to grow.