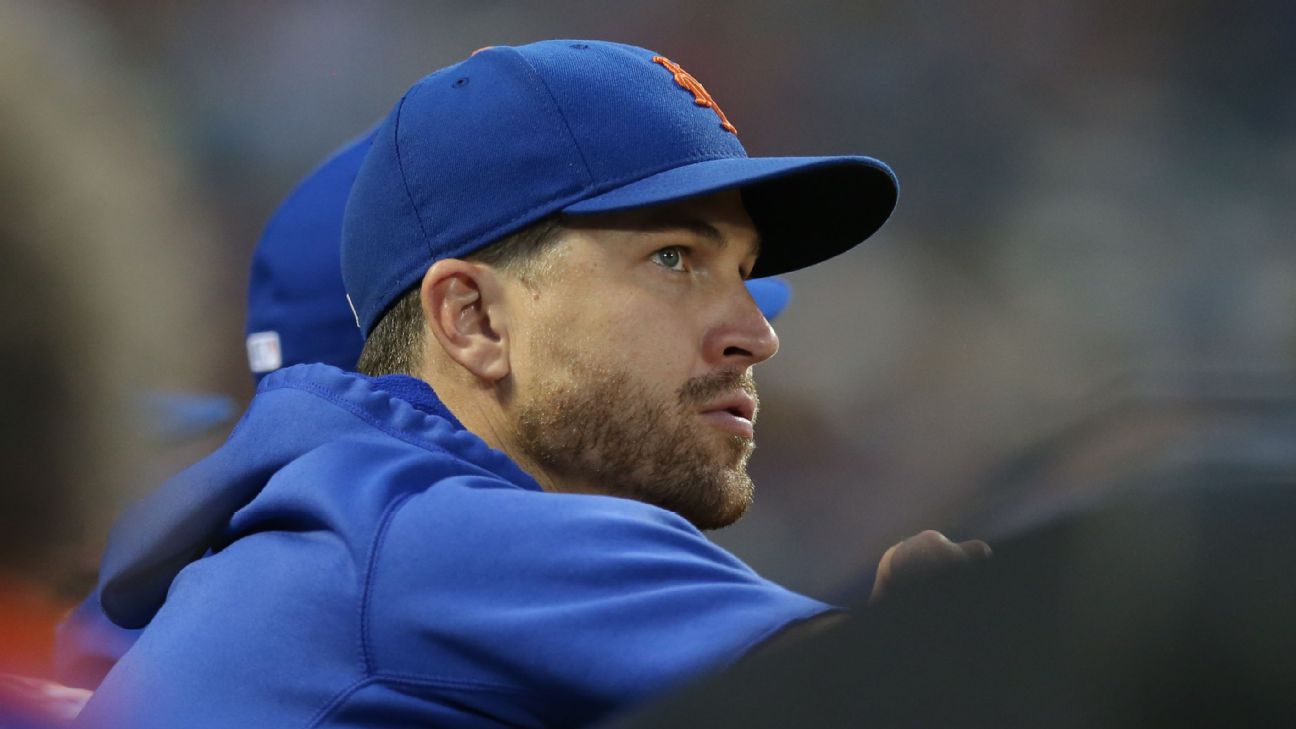 New York Metsace Jacob deGrom's right elbow is healthy, but the team is uncertain whether he will return this season, team president Sandy Alderson said.


"At this point the sprain has resolved itself," Alderson said before the Mets played Tuesday night at Miami. "The elbow is perfectly intact based on the MRIs and the clinical evaluations from our doctors. We need to begin to see whether this is more of a chronic issue that relates to mechanics in some way."

The Mets beat the Marlins 9-4 and are third in the National League East, four games behind division leader Atlanta and 3 games behind the second NL wild-card spot.

Alderson also said Tuesday that he has had little communication with acting general manager Zack Scott, who was arrested last week on a charge of driving while intoxicated.

"There's not a lot I can say beyond the statements previously made," Alderson said. "It's a criminal case at this point. Until that's resolved, there won't be any further comments from us or anyone else in the organization."


Alderson said he has reached out to Scott on a couple of occasions since the arrest. As for how Scott is feeling, "it's difficult for me to know at this point," Alderson said.

The Mets placed Scott on paid administrative leave following his arrest. Scott has pleaded not guilty to the charge and three traffic violations.

Scott, 44, joined the Mets as senior vice president and assistant general manager in December. He was promoted to acting general manager in January after GM Jared Porter was fired following revelations that he sent sexually explicit and uninvited text messages and images to a female reporter in 2016 while he worked with the Chicago Cubs.