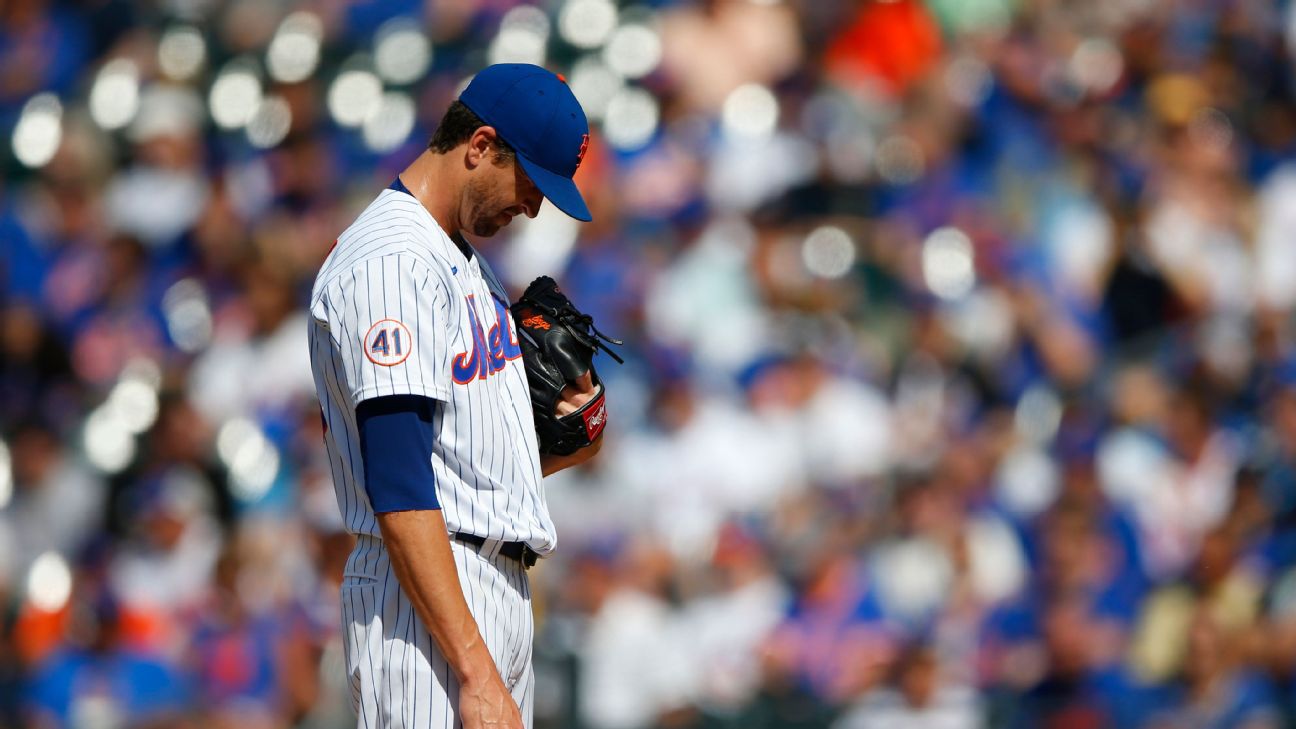 NEW YORK -- By the middle of his outing,New York Metsace Jacob deGrom was struggling to find his mechanics, essentially making him a two-pitch pitcher.


A less-dominant version of deGrom gave up two runs for the first time this season and the Mets rallied after he exited, beating the Philadelphia Phillies 4-3 Saturday onMichael Conforto's sacrifice fly in the ninth inning.

DeGrom's bid to set the Mets' record for the longest scoreless-inning streak fell just short. His run ended at 31 innings on rookieNick Maton's RBI single in the second -- R.A. Dickey set the team shutout mark of 32 innings in 2012.

DeGrom allowed three hits in six innings, striking out five and walking one while throwing 88 pitches, his most since tossing 93 against Boston on April 28 in a 1-0 loss.

"I got really rotational probably from the fourth on," deGrom said. "That front side was flying open, kind of lost the feel for the fastball and the slider, but the changeup wasn't really there all day. So I had to try and battle and find a way to throw it.


The two-time National League Cy Young Award winner saw his ERA rise from 0.50 to 0.69, still the lowest by any pitcher through 13 starts since earned runs became a statistic in 1913.

DeGrom pitched with men on base in three of his six innings but was able to limit the damage. After allowing his first run, deGrom got a groundout from Ronald Torreyes, and following his second run, he snaggedLuke Williams' comebacker.

Even with the mechanics limiting him to sliders and fastballs, deGrom threw 18 pitches over 100 mph.

"He wasn't happy with how he threw the ball today, giving up two runs through six," Conforto said. "That's a pretty high bar he's set for himself and we've all set for him, but he really is that good. When he's on top of his game, he's that good.

"You might get one off of him, but when he has his stuff, good luck, and that's the kind of competitor that he is. He expects that level of play from himself."


DeGrom also got another hit. His single in the fifth was his 12th this year and raised his average to .414.

After Mets reliever Edwin Diaz (2-1) allowed the Phillies to take a 3-2 lead on a sacrifice fly by Maton in the ninth, the Mets came back. Travis Blankenhorn reached on a fielding error by first baseman Rhys Hoskins, and Billy McKinney drew a walk from Hector Neris (1-5).

Kevin Pillar, who hit a tying, pinch-hit homer in the seventh, had an infield single that went under the diving attempt of third baseman Alec Bohm to load the bases with no outs.Luis Guillormedrew a tying walk from Neris.

Francisco Lindor struck out, but Conforto lifted a flyball to center field for the winning run. 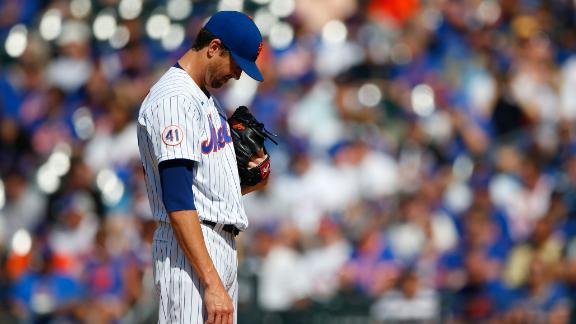