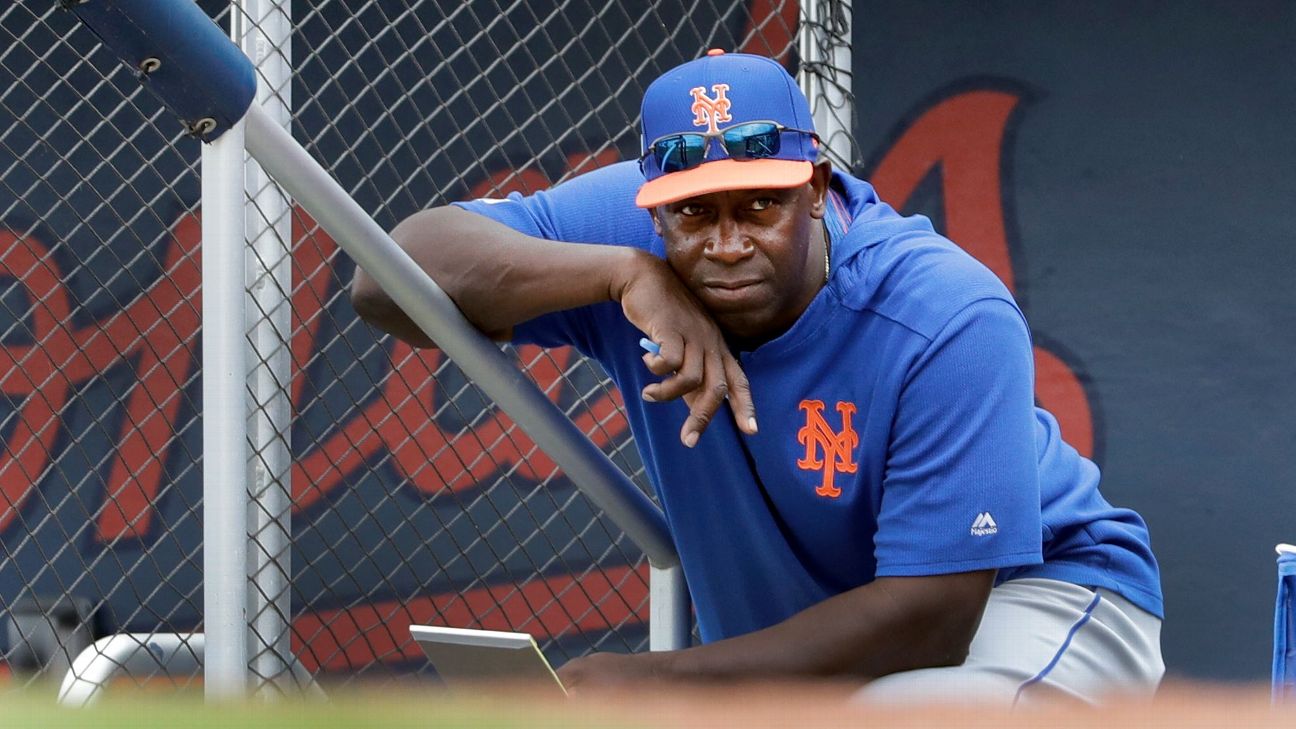 
New York has struggled badly with runners in scoring position, a trouble area last year, as well, when the popular Davis worked remotely from his Arizona home because of coronavirus concerns. Several accomplished hitters are off to slow starts, including $341 million newcomer Francisco Lindor, who is batting .163 and mired in an 0-for-20 slump.

The team also has lacked power at the plate, a big surprise for a lineup that includes Pete Alonso, Michael Conforto and Dominic Smith.

"It was a difficult decision to make,'' acting general manager Zack Scott said. "It's not about 23 games of results.

"We just felt like the players needed a different level of support and maybe some different skills brought into the mix.''

Scott said Quattlebaum and Howard were appointed for the rest of the season and then the team will reevaluate. Both will be in St. Louis on Tuesday, the Mets said.


The 42-year-old Quattlebaum joined the Mets this offseason after spending the previous three years with theSeattle Mariners. He was the M's minor league hitting coordinator from 2018 to 2019 and their assistant hitting coach in the big leagues last season. As a player, he spent four years in the minors with the Detroit Tigers (2000-2002) and Baltimore Orioles (2003).

Howard, 39, spent the past six seasons with the Cleveland Indians, including 2019-20 as their minor league hitting coordinator. He played professionally for 12 seasons in the Reds, Yankees, Phillies, Dodgers, Mariners, Padres, Blue Jays and Cardinals systems, plus two years of independent ball. He played college ball at Miami and won a national championship in 2001.

The 61-year-old Davis was in his third season as Mets hitting coach. Previously, he held the same job with Oakland, Boston and the Chicago Cubs.

Scott was in the Red Sox's front office when they let Davis go.

Slater was in his fourth season as New York's assistant hitting coach.

The timing of the moves made them unexpected, especially after the Mets finally broke out a bit and scored 18 runs over their past three games.


"It may seem early in the calendar, but part of the reason is we know there's some risk in making change. These are both two very well-liked baseball men, good baseball men. And I appreciate everything that they've done for the Mets,'' Scott said.

"We know that there's some risks in making a change and disrupting what's been going on since spring training and beyond that in past seasons with our players and these coaches, but we felt like it was worth taking that risk in order to get to where we really want to be with our major league hitting program.''

Scott said it was a baseball operations decision and that team president Sandy Alderson was in agreement.

"This isn't about recent results. This is about the process behind the scenes,'' Scott said. "It's too early to be overreacting to small samples of results.''

Davis played 19 seasons in the majors, from 1981 to 1999, batting .274 with 350 home runs, 1,372 RBIs and an .811 OPS with the Giants, Angels, Twins, Royals and Yankees. The switch-hitter made three All-Star teams, won three World Series titles and was the first player born in Jamaica to reach the major leagues. 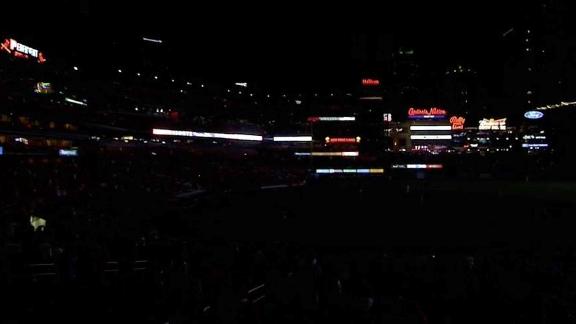 With game down to the wire, the lights go out in St. Louis
The Mets are down to their final out, but the lights at Busch Stadium go out for a short moment.
Report a correction or typo
Related topics:
sportsespnnewsmlbnew york mets
Copyright © 2021 ESPN Internet Ventures. All rights reserved.
More Videos
From CNN Newsource affiliates
TOP STORIES