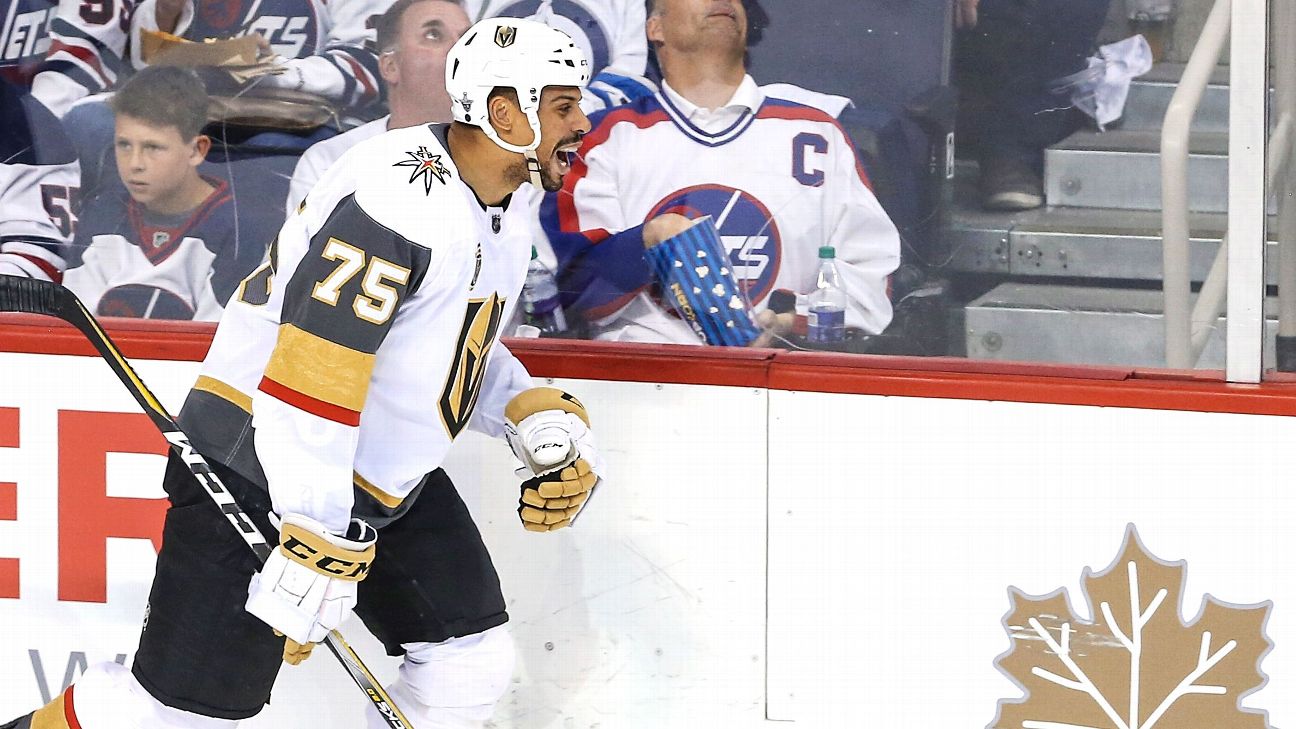 The New York Rangers acquired Vegas Golden Knights winger Ryan Reaves on Thursday night as they continue to muscle up in the offseason.

The Rangers sent a third-round pick in the 2022 NHL draft to Vegas.


Reaves, 34, played in 37 games last season for the Golden Knights. He had one goal, four assists and 27 penalty minutes. One of the NHL's few remaining enforcers, Reaves has 937 penalty minutes in 686 career games with the St. Louis Blues, Pittsburgh Penguins and the Knights, whom he joined in Feb. 2018.

He's an unrestricted free agent after this season, in which he makes $1.75 million against the salary cap.

"Ryan and I spoke about his future here in Vegas and his playing career beyond the upcoming season, which is the final year of his current contract," Vegas general manager Kelly McCrimmon said. "His toughness, character and unique skill set will be missed here at the Golden Knights and we wish him and his family all the best moving forward. I am proud of the man he has become."


The Reaves trade continues the Rangers' offseason trend of acquiring players who add toughness to their lineup. They signed winger Barclay Goodrow from the Tampa Bay Lightning and defensemanPatrik Nemethfrom the Colorado Avalanche, and acquired forward Sammy Blais from St. Louis.

These additions come in the aftermath of Washington Capitals forward Tom Wilson throwing Rangers star Artemi Panarin to the ice and injuring him last season. That led to a fight-filled rematch with the Capitals after Wilson wasn't punished by the NHL for the incident.