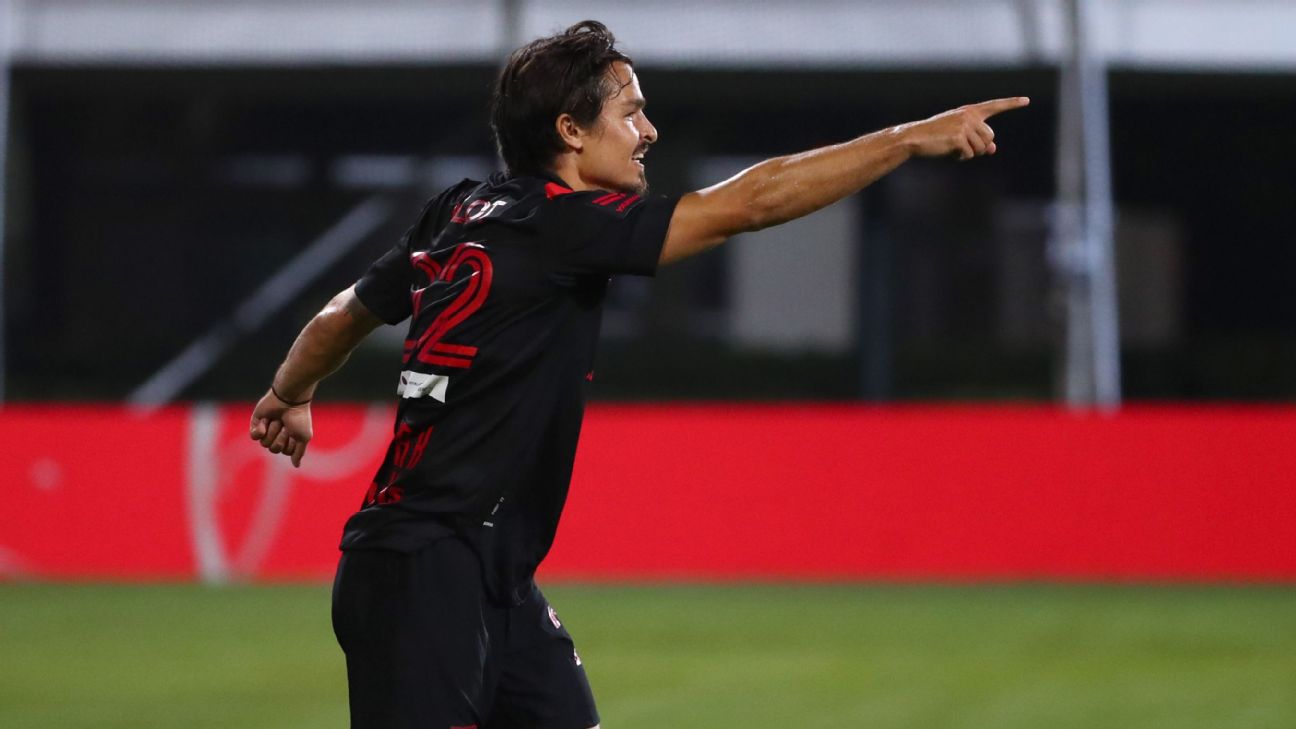 Florian Valot scored in the opening minutes as the New York Red Bulls beat Atlanta United 1-0 on Saturday night in the MLS is Back Tournament to take an early lead in Group E.

The game was delayed for 45 minutes because of lightning in the area. The tournament is being played without fans at ESPN's Wide World of Sports Complex.


- MLS is Back Tournament group standings

- Stream MLS Is Back LIVE on ESPN networks, ESPN app (U.S. only)

Valot, who missed most of the past two seasons with ACL injuries, scored in the fourth minute. He took a long pass from Kaku and ran it up to beat Atlanta goalkeeper Brad Guzan.

Atlanta had a chance to even the match in the 41st minute but George Bello's shot caromed off the crossbar.

Red Bulls goalkeeper David Jensen smothered a left-footed drive from Jake Mulraney in stoppage time, then got a hand on Adam Jahn's header and pushed it over the bar to preserve the win. Jensen finished with four saves.


The Red Bulls had a win and a draw to start the season before it was shut down by the coronavirus on March 12.

Atlanta started the season with a pair of wins, but the opener against expansion Nashville SC was costly: Forward Josef Martinez, the league's MVP and top scorer in 2018, tore an ACL in the game and won't return this season.

The 24 remaining teams are divided into six groups for the World Cup-style tournament, with results from the group stage counting toward the regular season.

Atlanta acquired winger Jurgen Damm from Tigres UANL of Liga MX earlier this month, but he was not eligible to play in the MLS is Back tournament. 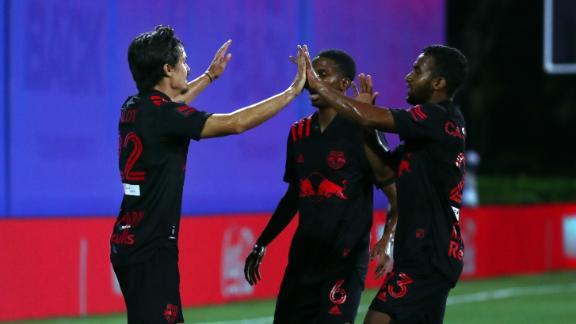