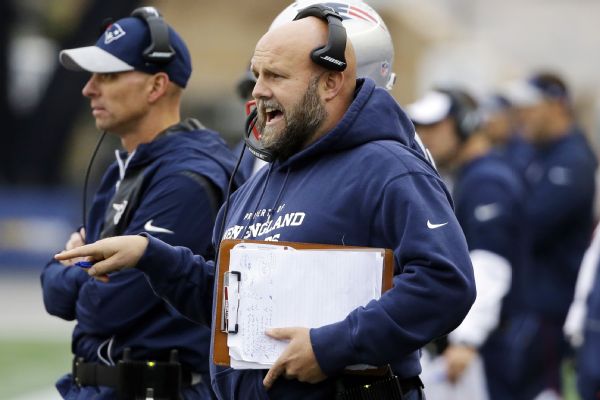 Daboll, 41, has spent 17 seasons in the NFL, the last four with the Patriots. He was thought to be the heir apparent to Josh McDaniels as the team's offensive coordinator.

Saban and Belichick have deep ties going back to the early 1980s, when Saban worked on the Navy staff alongside Belichick's father, Steve. Also, Daboll was a graduate assistant at Michigan State for two years in 1998 and 1999, when Saban was the Spartans' head coach.

At the top of Daboll's to-do list will be grooming Alabama's young quarterbacks. Last season,Jalen Hurts was the first true freshman to start at quarterback in Saban's career. He was 13-1 as a starter and was named the AP's SEC Offensive Player of the Year.