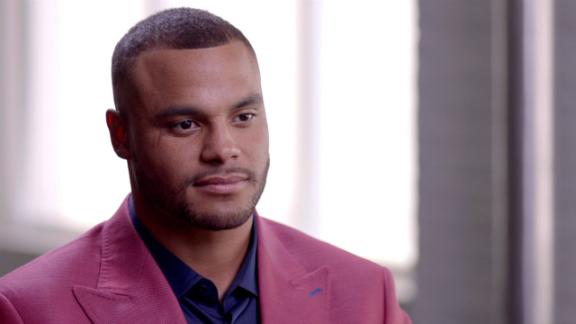 With the release of Football Outsiders' list of top 25 breakout prospects and under-25 talent team rankings, we decided to poll our NFL Insiders on the league's youth movement. Who's the best under-25 offensive and defensive player? Which under-25 quarterback would you pick to start your franchise? Our crew of Insiders has all the answers.

Who's theNFL's best under-25 offensive player?

Dan Graziano, national NFL writer: Odell Beckham Jr. Too much of the wrong stuff about the New York Giants star gets too much of the attention. Call up his stats page and look at what he has delivered on the field in his first three years. Elite production. Electric performance. Superstar.
Mike Sando, senior NFL writer: Good luck finding an offensive lineman or tight end to compete with 25-and-under stars from other positions. I'll give Beckham the edge based on three years of sensational production. He turns 25 during the 2017 season, however, so if you're looking for someone younger, consider Ezekiel Elliott, Mike Evans or Dak Prescott.

Scott Kacsmar, assistant editor of Football Outsiders: While Beckham has been great for three years, I have to go with Prescott after arguably the greatest rookie season in NFL history by a quarterback. As a rookie he sustained the type of efficiency that we have seen only from the group of Peyton Manning, Tom Brady, Aaron Rodgers, and Drew Brees in this era. I think he'll be more like Russell Wilson than Robert Griffin III when it comes to parlaying rookie success into sophomore success for the Dallas Cowboys.

Kevin Seifert, national NFL writer: Elliott is the first name that came to my head and I'm sticking to it. It's true that Beckham is electric and a threat to score every time he touches the ball, which as a receiver has meant about seven times per game. Elliott is also a potential game-breaker whenever he gets the ball. That was about 24 times per game last season. Those who over-credit the Cowboys' strong offensive line for Elliott's success are missing a runner of exceptional instincts and open-field skills.

Field Yates, NFL Insider: It's Beckham. He's sizzling with the football in his hands and nearly impossible to defend in man coverage. He looks like he has been shot out of a cannon when he catches a slant pattern, with the ability to turn the routine into six points on a moment's notice.

OK, what about under-25 defender?

Graziano:It'sJoey Bosa, who held out of training camp as a rookie, missed four games to start the season, and still finished with 10.5 sacks. The Los Angeles Chargers pass-rusher is a monster difference-maker at a premium defensive position. I'd build a defense around him. A rookie with double-digit sacks isn't something you see every year.
Sando:Bosa made an immediate impact as a rookie despite a contract dispute that kept him away from the team for an extended period. He's in position to pull away from the field of under-25 defenders now that he is fully ramped up heading into a season. It's notable, however, that the Giants could make a case for having such outstanding under-25 guys on both sides of the ball (Beckham and Landon Collins).

Kacsmar:Collins and Vic Beasley Jr. were All-Pros last season, but Kansas City Chiefs cornerbackMarcus Peters has been a ball-hawking corner for two years now. Interception rates are lower than ever, and individual defenders often have a hard time of sustaining this success, but Peters has 17 takeaways in two seasons. His coverage metrics are also impressive.

Seifert: Since the start of his career in 2015, Peters has disrupted more dropbacks (41) than any single defender in the NFL. His disrupted dropback percentage (3.1) is second-best to J.J. Watt. This ranking includes interceptions, sacks, batted passes and passes defensed, and it provides a wide-ranging and weighted look at how many "plays" a defender makes. Peters is already among the NFL's best, under 25 or otherwise.

Yates: Factoring in positional value, football confidence and playmaking skills, I'll take Peters. A top-shelf cornerback not only requires unique physical tools, but also the ability to play with a short memory. Peters has limitless confidence that allows him to get his hands on so many footballs, while also seemingly never living one play behind. The most important play -- regardless of what happened positively or negatively on the last one -- is the next one. Peters has the mindset of an elite player.

Which under-25 QB would you pick to start your franchise?

Graziano: Give me Jameis Winstonof the Tampa Bay Buccaneers. Yeah, I know, turnovers, but this guy has proven himself as a leader and a winner at the college level and has already won more more than anyone expected him to at the pro level. He's 23, and his teammates revere him.
Sando: Dak Prescott would be my choice over Winston, but if you chose one, I'd happily take the other. Injury concerns prevent Tennessee Titans QBMarcus Mariota from factoring into the equation. Prescott's ability and/or willingness to protect the football gives him the edge over Winston. Both are special in their own ways.

Kacsmar: It comes down to Prescott and Mariota for me. Their game is more polished than that of the erratic Winston to this point. I already said Prescott had arguably the best rookie season ever, so he is my pick, but Mariota was impressive too in 2016. One concern is durability. Mariota has already had three injuries that caused him to miss a start in his two seasons. That's more injuries than what most of the top quarterbacks in this era have had in their whole careers. Mariota has an ideal skillset, but he has to show us a 16-game season first.

Seifert: I think Mariota is going to be great. Those who think of him as a run-first quarterback who needs the spread structure to pass effectively must not have watched him play last season. After Week 3, Mariota had the NFL's fourth-highest QBR (75.3), throwing 22 touchdown passes against five interceptions and demonstrating the kind of calm decision-making that is rare for most young quarterbacks. His quiet personality sometimes relegates him to the national shadows, but there is nothing at the position that Mariota can't do at a high level.

Yates: In a league in which quarterbacks are hard to find, the pipeline of young talent is promising. Ultimately, my choice is Mariota, who has yet to be unleashed as a runner in his NFL career. Sustained success from quarterbacks must include steady play in the pocket, of which Mariota has shown he is capable. He's a true building block.

Give us the name of a second-year player you expect to emerge this season.

Graziano: Can I say Bosa again? No? All right. How about Noah Spence in Tampa Bay? Hey, when they were both heading for Ohio State, Spence was regarded as the better prospect than Bosa, and then he got kicked out for drug suspensions. He had a promising rookie season while playing in a harness for his injured shoulder, and the talk in Bucs camp when I was there was that he's healthy now and primed for a breakout.
Sando:Philadelphia Eagles quarterbackCarson Wentz has the tools and improved weaponry needed to emerge as a productive starting quarterback after a statistically underwhelming rookie season.

Kacsmar: Titans safety Kevin Byard. The Titans need a new leader in the secondary after releasing Jason McCourty, and Byard kept popping up last season as a playmaker against the run and the pass. According to our charting metrics from Sports Info Solutions, Byard ranked first among safeties in run stop rate and second in adjusted yards per pass allowed. He's not quite Dick LeBeau's new Troy Polamalu, but expect to hear about Byard much more in 2017.

Seifert:Chargers tight end Hunter Henry caught 36 passes, including eight for touchdowns, during his rookie season in San Diego. So while it might not catch Chargers fans by surprise, Henry is going to explode onto the league-wide offensive playmaking scene this season. Combine his soft hands with quarterback Philip Rivers' accurate passing, and offensive coordinator Ken Whisenhunt's tight-end oriented play-calling, and you have a recipe for a huge year.

Yates: We got a taste of the young Atlanta Falcons last season, as the defense showed exceptionally well to complement what was the league's best offense. But don't be surprised if safety Keanu Neal and his tone-setting skill set make a quantum leap in Year 2. He has the physical prowess to be a force at multiple levels of the defense. Few players draw valid comparisons to Kam Chancellor, but Neal is one of them.

Who's the first-year coach you're betting on to succeed and why?

Graziano: A couple of weeks ago, I might have said the Los Angeles Chargers' Anthony Lynn, since he has the best quarterback of the bunch. But the Chargers' lousy injury luck is costing them a high draft pick per week, so I'm going with Sean McVay of the Los Angeles Rams-- with an assist from new defensive coordinator Wade Phillips. I think the fresh energy will be a benefit to the Rams and that they'll flirt with wild-card contention the way the Bucs and Titans did in 2016.

Sando: Kyle Shanahan is my choice for the longer term. He has a six-year deal with the San Francisco 49ers and an owner looking to provide continuity following an embarrassing run of instability. He brings to San Francisco an offensive system proven to get results. He also should be in position to draft one of the highly regarded quarterbacks expected to be available in 2018. I'd rather bank on Shanahan tethered to an unknown future quarterback than, say, McVay tethered to Jared Goff.

Kacsmar: McVay is a good choice, even if Wade Phillips is the bigger reason for optimism with the Rams. He has a long history of instantly improving defenses, and if the Rams can get Robert Quinn and Aaron Donald on the field together for a full season, then Phillips has enough talent here to produce great results. McVay helped Kirk Cousins in Washington after a shaky start to his career, but he has an even bigger task with getting Goff on track after last year's abysmal start. If Goff could even just be an average quarterback, the Rams should fare better than their usual 7-9 expectations.

Seifert:Denver Broncos coach Vance Joseph deserves a little love in this conversation, if for no other reason than the elite-level defense he inherited from Gary Kubiak. This is not the type of rebuilding job a new coach usually inherits. Even the best coaches will tell you that talent is the key to success, and Joseph has more of it than any of the NFL's first-year coaches. And there's every reason to think that team architect John Elway will continue to feed the roster. That alone gives him the best chance to succeed, especially in 2017 but beyond as well.

Yates: I'll echo the choice of McVay, thought it might take more than a year to come to fruition. His offensive acumen is undeniable, but I've always been impressed with his disposition and demeanor. His largest task could be ensuring that Goff makes major strides in his second pro campaign. With a pocket of promising defensive players, this team won't be fun to face each week this season, especially with coordinator Wade Phillips at the helm. But the overall product will take time to dramatically improve. 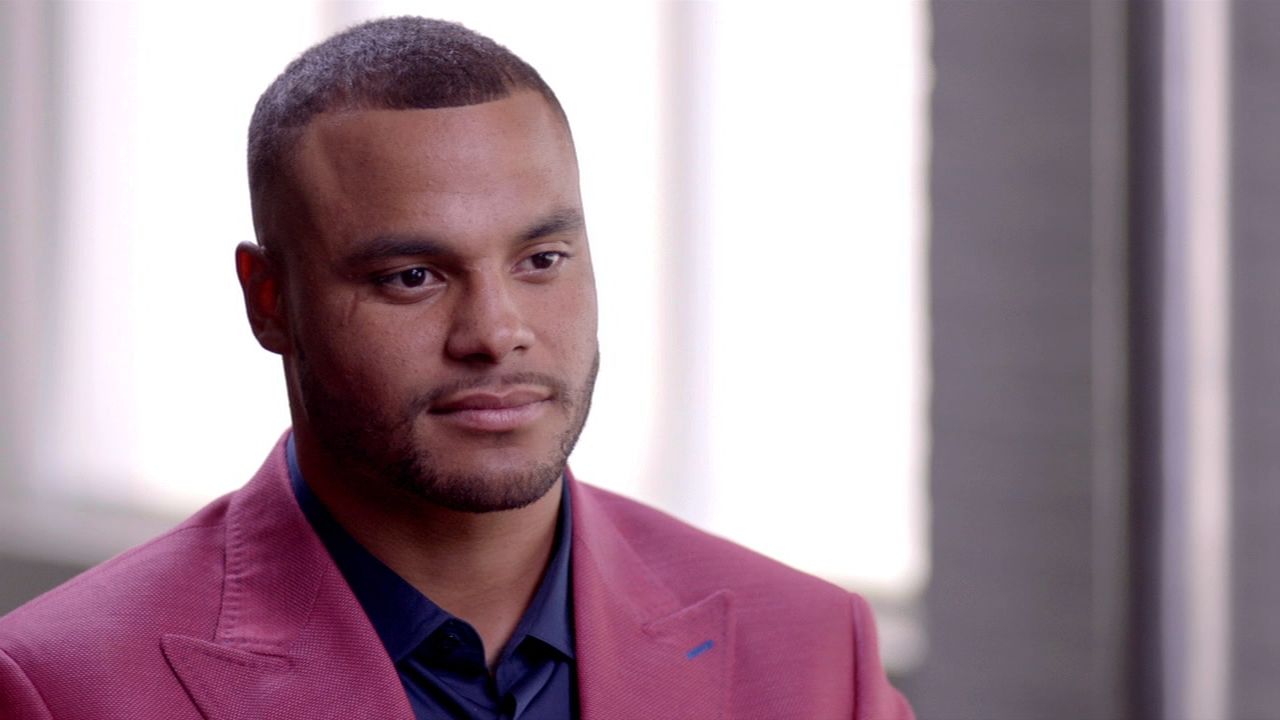