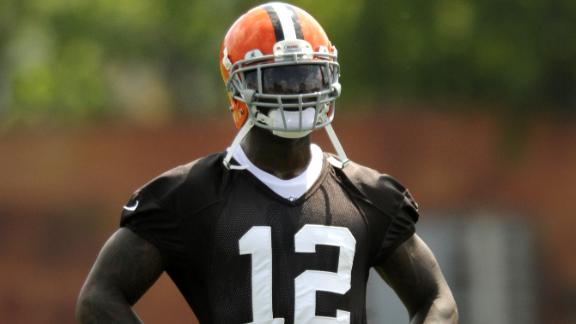 BEREA, Ohio -- Cleveland Browns receiver Josh Gordon's claim that secondhand smoke led to his failed marijuana test this offseason might not help him.

"A cornerstone of both of our drug testing programs has always been that you are responsible for what is in your body," Greg Aiello, NFL senior vice president of communications, said via email Tuesday. "It is stated that way in the policies."

Sources told ESPN NFL Insider Adam Schefter that Gordon will attribute his one positive sample to secondhand smoke, and that he also will argue a disparity in the two samples he provided.

No player has won an appeal based on secondhand smoke.

In addition, several other players have been suspended for "not being responsible for what is in your body," as Aiello described.

Gordon himself is one example. A year ago, he said he tested positive for codeine in his prescribed cough medicine. Codeine is a banned substance, and he was suspended because he was responsible for knowing what he was taking. The four-game suspension was negotiated to a two-game ban and four games without pay.

Indianapolis Colts defensive end Robert Mathis was suspended four games for using what he said was a fertility drug banned by the NFL because it increases testosterone levels.

Adolpho Birch, the NFL vice president of labor policy and government affairs, has said often that players can reach out to the league before taking any drug to ensure it does not contain a banned substance. Once a positive test comes back for substance-abuse drugs, the league follows rules agreed to in the collective bargaining agreement.

Gordon has hired high-powered attorney Maurice Suh to represent him at Friday's appeal, which will be in New York.

Gordon Blames Secondhand Smoke
Adam Schefter, Marty Hurney and Louis Riddick react to the news that the legal team for Browns WR Josh Gordon will argue that its client has disputed test results that he says were caused from secondhand marijuana smoke.