No NHL playoff games will be held Thursday or Friday, with the league and its players deciding to follow the lead of other professional sports in the wake of the Jacob Blake shooting while pledging to "foster more inclusive and welcoming environments within our arenas, offices and beyond."


The four conference semifinal games will be rescheduled beginning Saturday.

The statement said that "the NHL supports the Players' decision" not to play. Sources had previously told ESPN's Emily Kaplan that the sides had been in communication over the past 24 hours but that the league would not initiate a stoppage unless there was a strong push from the players' side.

Blake, a Black man, was shot seven times by police Sunday in Kenosha, Wisconsin, as he attempted to enter the driver's side door of his vehicle. Video of the shooting was distributed on social media, sparking more protests and causing more athletes to speak out or take action.

"Black and Brown communities continue to face real, painful experiences," the joint statement read. "The NHL and [National Hockey League Players' Association] recognize that much work remains to be done before we can play an appropriate role in a discussion centered on diversity, inclusion and social justice. We understand that the tragedies involving Jacob Blake, George Floyd, Breonna Taylor and others require us to recognize this moment. We pledge to work to use our sport to influence positive change in society. The NHLPA and NHL are committed to working to foster more inclusive and welcoming environments within our arenas, offices and beyond."

Many teams tweeted out support for their players after the decision was officially announced, among them the Bruins, the Golden Knights, the Islandersand the Flyers.

"We needed to make a stand, and I think this is the appropriate form of action,'' Canucks captain Bo Horvat said. "I couldn't be prouder of our group of guys to come up with this solution.''

Vegas forward Ryan Reaves said he was struggling with the decision of whether to sit out the Golden Knights' playoff game to protest racial injustice when he discovered players around the NHL had his back.

"That, I think, was more powerful that the conversation started with white players on other teams wanting to talk,'' said Reaves, who is Black. "And I think that's the most powerful thing that happened today. You see us all coming together here.''

Added Shattenkirk: "Today I think unified us as a group who realize that any Black player in this league, any Black player who is a kid coming up playing hockey, can feel like they can have a voice. Can feel like the NHL and that sports itself is a safe place and a place that obviously in a predominately white sport, they feel alienated, but they have the support of every single one of us. That's what we're striving to achieve here. Inclusion, and making sure everyone feels welcome in the sport of hockey."

Earlier Thursday, Hockey Diversity Alliance co-leader Evander Kane put out a formal request from the group for the NHL to suspend all playoff games on Thursday, tweeting, "We strongly feel this sends a clear message that human rights take priority over sports."

Games in the NBA, MLB, MLS and the WNBA were postponed Wednesday night in protest over racial injustice. The NHL, however, completed its full slate of three playoff games, including the Flyers' 4-3 victory over the Islanders.

The decision to continue play Wednesday drew criticism from some. Among them was Alliance co-founder Akim Aliu, who called the NHL's initial inaction typical and disappointing.


"I thought it was very unfortunate and sad the NHL is always last to the dance in seeing all the other major sports, and what they did yesterday,'' Aliu told The Associated Press by phone.

The NHL's decision caught several coaches off guard after they spent the morning and early afternoon preparing to play. The official announcement came an hour before Flyers-Islanders Game 3.

New York coach Barry Trotz said he believed the best course forward was to continue playing, because the games provide players a platform.

Information from ESPN's Emily Kaplan and The Associated Press was used in this report. 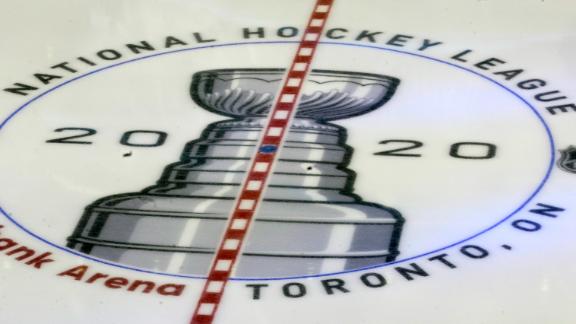 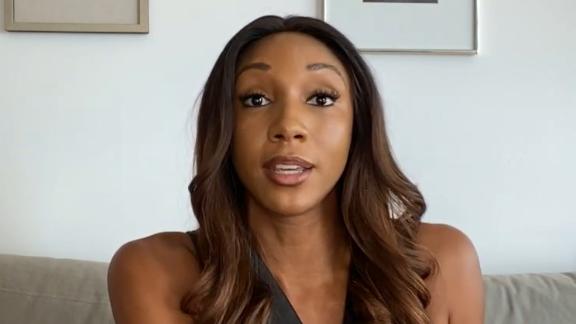