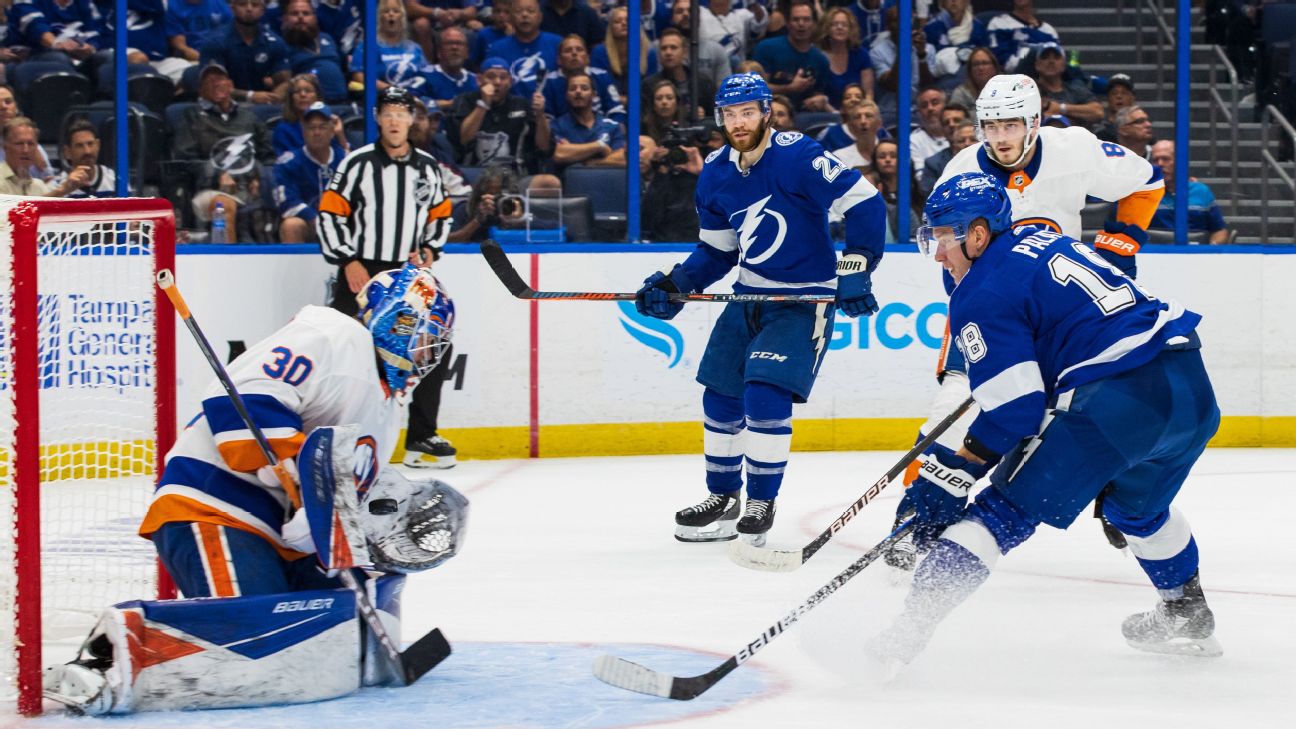 The Montreal Canadiens are going to the Stanley Cup Final for the first time since 1993. Who will they face? We'll all find out tonight, because we have the two best words in hockey coming up: Game 7.

The Islanders -- and their fans -- gave it everything they had in Game 6. They may need even more in Game 7. Tampa Bay hasn't lost consecutive playoff games since getting swept by the Columbus Blue Jackets in 2019. In fact, the Lightning are 13-0 following a loss over the past two years.

The big storyline for Tampa: Will Nikita Kucherov play? The playoff points leader was injured on an uncalled cross-check early in his first shift in Game 6 and didn't return. The Lightning didn't have an update on Thursday. "We played 56 games without [Kucherov]," coach Jon Cooper said. "Usually, we have 12 forwards when we play without him, so that probably made it tougher on us when we had 11. But we've gone down this path for four months. It's nothing new for us."

The Isles are getting a star turn from Mathew Barzal, who set up both of New York's goals in regulation in Game 6. "You get to a Game 7, you know what's at stake," Islanders coach Barry Trotz said. "You play all year to get to this point. You get one opportunity."

The Canadiens entered the playoffs with the worst record of any team in the field (a .527 points percentage). Caesars Sportsbook listed Montreal at +3500 to win the Cup. "Honestly, we wouldn't be here right now if we didn't believe," goaltender Carey Price said. "We always kind of stuck with it, not doubting ourselves."

The Habs' 1-3-1 system -- specifically the shutdown line of Phillip Danault, Artturi Lehkonen and Brendan Gallagher -- stifled the Golden Knights' offense, a key storyline throughout this series. So it felt appropriate Danault and Lehkonen teamed up for the series-clinching goal in overtime.

Vegas is now left wondering what could have been. The Golden Knights have now gone to overtime when facing elimination for the third consecutive season, and have lost all three games. "This is one of the best, if not the best teams I've played on," said defenseman Alec Martinez, who won two Stanley Cups with the Kings. "To come up short is disappointing."

It was an especially rough series for the Vegas power play (0-for-15) and captain Mark Stone, who had zero points. Stone said he was not playing injured. "I got skunked in this series," the Vegas winger said. "That can't happen. I'm the captain of this team. I'm the leader of this team. I take a lot of responsibility for what just occurred." Full recap

The gritty forward had an excellent series and took a pass from Phillip Danault in overtime to clinch the series.

"This is the time of the year that real playoff battlers come alive, and those two guys have really shown through," interim coach Luke Richardson said. "It was fitting for our team, the way we play -- we play hard defensively, and try to do all the right things defensively -- it was fitting for them to get the winning goal."

What more is there to say at this point about the Canadiens' super rookie? He was a healthy scratch to begin the playoffs, then had four goals in the semifinal series, including another beauty in Game 6.

Robin Lehner is the rare professional athlete who is honest about his Twitter use (he admitted to doomscrolling ahead of Game 4 for motivation). But social media doesn't always have to be rooted in negativity. The goalie, who made 29 saves, took to his keyboard just minutes after the loss to express gratitude.

Mood of the day

Phillip Danault has made it a tradition to bring pizza to a series-clinching news conference. On Thursday, he shared. 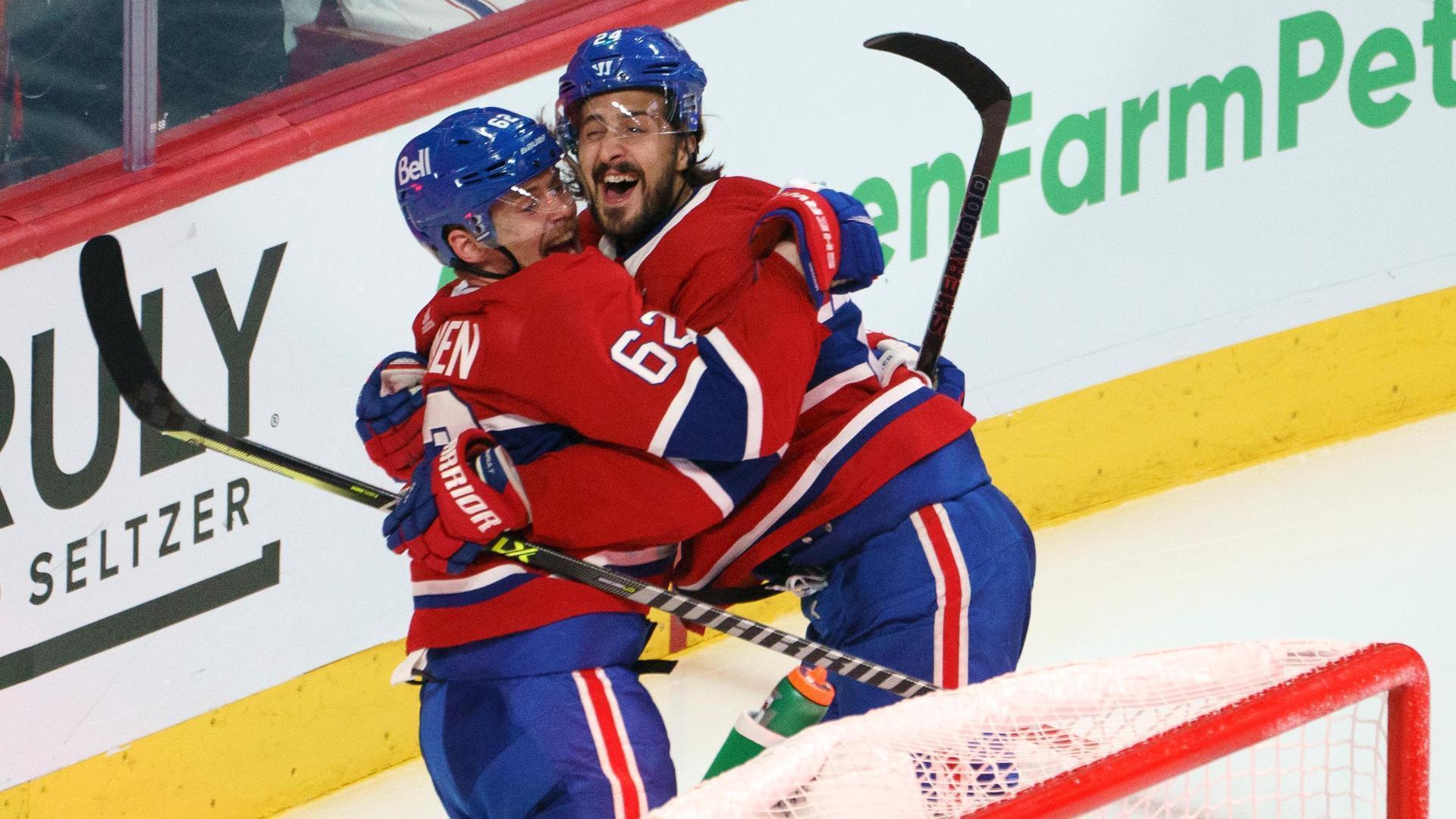