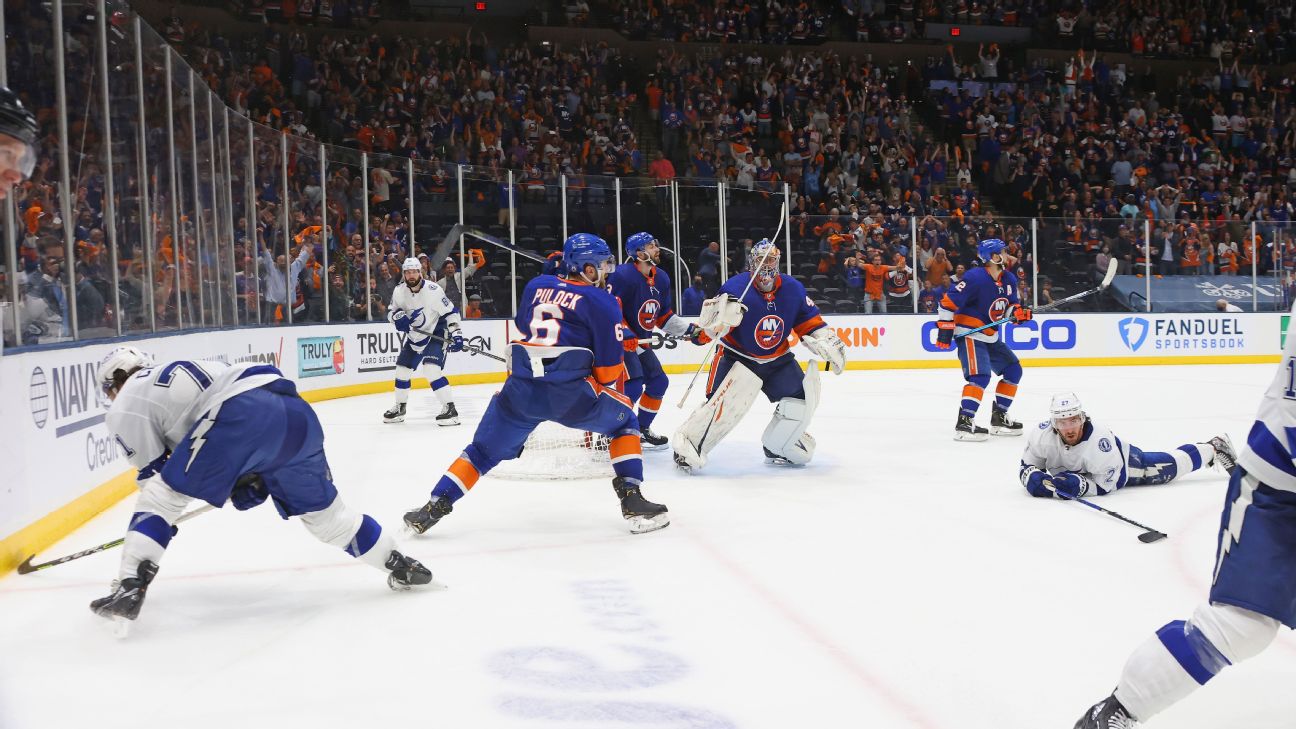 The New York Islanders need to win Wednesday night against the Tampa Bay Lightning to keep their season alive -- and they'll get to do it at Nassau Coliseum, the building to which they'll bid adieu when this playoff run is over.

Meanwhile, the Vegas Golden Knights laid an egg at their home arena, and now face elimination against the Montreal Canadiens, the significant series underdogs who continue to prove that they belong here.

Could this be the last Islanders game at Nassau Coliseum? The Isles can't go out like this -- especially not after that embarrassing 8-0 loss in Game 5, in which New York totally lost its identity.

Coach Barry Trotz guaranteed a much better effort on Long Island. "You'll get our best," Trotz said. "Whatever we've got left, you're going to get our best [Wednesday]." To get the series win, New York will have to do what no other team has done over the past two years: hand Tampa consecutive postseason losses.

The Lightning are one win away from making the Stanley Cup Final for the third time in seven years. Tampa Bay's stars are at their best right now and Brayden Point continues to chase history. The top-line center is on an eight-game goal streak, which is the second longest in Stanley Cup playoff history. Reggie Leach holds the record, at 10, set in 1976.

The formula for Montreal has become simple: score early, maintain it with the forecheck, and clog the neutral zone the best it can. Tuesday's game was all about the Habs, as they led 3-0 after two periods -- triggering a faction of the 17,969 at T-Mobile Arena to boo the Golden Knights off the ice.


"We weren't playing very well, so maybe we deserved it," defenseman Brayden McNabb said afterward. "We got outworked from puck drop. It is what it is. Our fans are great, we love our fans. I'm sure they were frustrated, and so were we."

Vegas coach Peter DeBoer decided to go with Marc-Andre Fleury in goal after benching him for Game 4 because of what the coach perceived to be fatigue. Though Fleury let in three goals on 25 shots, it's clear goaltending is not the Knights' biggest issue. Montreal rookie Cole Caufield scored his third goal of the series; Vegas forwards, meanwhile, remain stifled and have combined for just four goals. And the power play is now a dismal 0-for-15. Full recap

The 21-year-old was the centerpiece for Montreal in the Max Pacioretty trade, and he's emerging as a force in this series. He set up Eric Staal on the goal that made it 2-0, caused a turnover from Mark Stoneand then set up Cole Caufield's goal to make it 3-0, then iced it with the empty-netter.

The veteran goaltender stopped 26 of 27 shots, probably none bigger than this one from close distance:

The former Habs captain got Vegas on the board with a third-period tally. It was his second career goal against Montreal, the team that drafted him, and most importantly his first goal of the series. Pacioretty became just the third Golden Knights forward -- and first of the usual top-six forwards -- to score in the past five games.

Question of the day

What's going on with Mark Stone? The Vegas captain had one of his worst nights in a Golden Knights uniform, including not going hard on a backcheck on Montreal's third goal.

Stone had a paltry 35.24 expected goals for percentage at 5-on-5 in Game 5, and has yet to score a point in this series.

Part of the issue with Stone earlier in this series was attributed to his usual center, Chandler Stephenson, missing games. But Stephenson returned on Tuesday, and Stone wasn't any better. The Golden Knights tried some line shuffling to try to jump-start some players, to no avail.

The Vegas coach wasn't willing to get into specifics when it came to his captain's struggles.

"This isn't a night that we're going to pile on people," DeBoer said. "We've been on a long playoff road here. We've had a lot of unbelievable individual efforts. It was an off night by everybody, everyone is in that boat, not just Mark Stone. So this is about our response."

Stats of the day

If Montreal scores in the first period, opponents beware.

Meme of the day

Did legendary Canadian singer Celine Dion curse the Golden Knights? She has gotten behind a sinking ship before ... 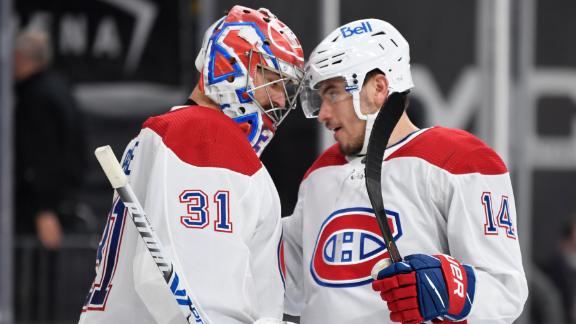 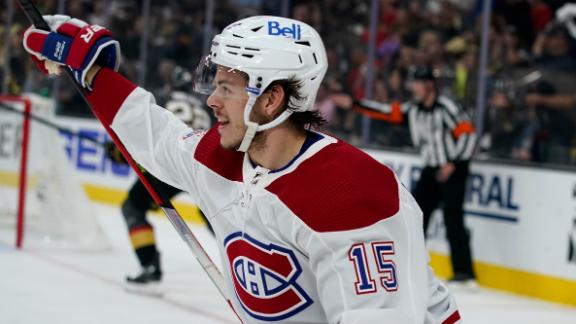