No surgery for Sidney Crosby 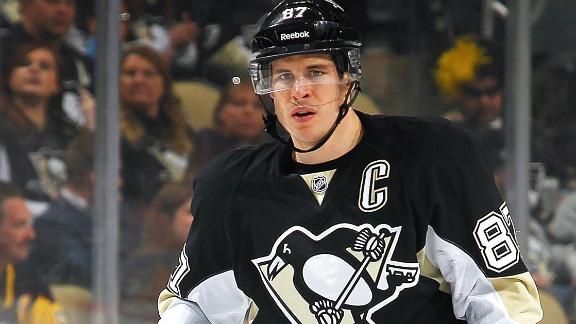 "After seeking additional medical advice, doctors have decided not to perform surgery on Sidney Crosby's wrist," general manager Jim Rutherford said in a statement. "Sid will continue treatments and be evaluated regularly while he prepares for training camp in September."

Crosby was the regular-season points leader with 104, but in the playoffs he had just one goal and eight assists in 13 games.

The Pittsburgh Post-Gazette, citing a source close to the star, had reported that Crosby would have arthroscopic surgery on the wrist to repair damage that "impeded his performance in the postseason."

Rutherford had said in a statement Wednesday that surgery was one of the options being considered but that no decision would be reached until this week.