Noah Syndergaard to start Saturday for Mets; Matt Harvey to pitch in relief 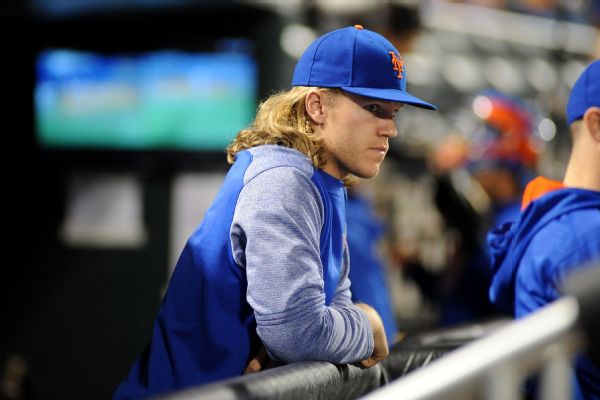 The right-hander will start Saturday's game against the Washington, pitching one inning. It will be his first appearance with the team since leaving a 23-5 loss to the Nationals after 1 1/3 innings on April 30 with what turned out to be a torn right lat.

"The doctors have said, based on Noah's feedback, that he feels good physically," Mets general manager Sandy Alderson said Friday. "We just want to get him back on the mound."

Syndergaard made two minor league rehab appearances, allowing three runs in three innings. In five big league starts in April, he pitched to a 3.29 ERA with 32 strikeouts and two walks.

"I'm going to be really happy to see him," Mets manager Terry Collins said. "Especially when he comes out [of the game] and then he comes in on Sunday morning and says he feels good."