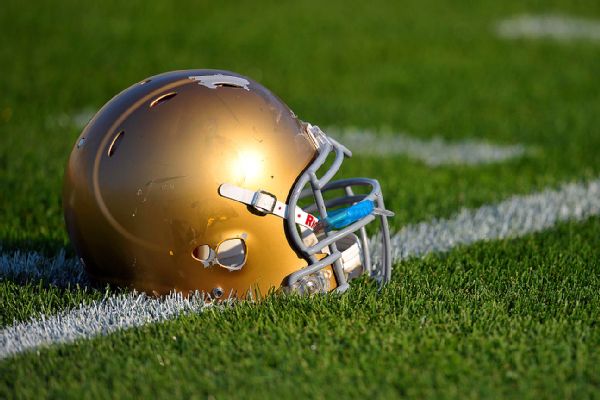 SOUTH BEND, Ind. -- The NCAA has ordered the Notre Dame Fighting Irish to vacate all the wins from their 2012 and 2013 football seasons in an academic misconduct case, it was announced Tuesday.

Notre Dame announced it will appeal the decision.Notre Dame was the national runner-up during the 2012 season, losing to Alabama in the BCS title game and finishing with a 12-1 mark. The Irish went 9-4 in 2013.

According to the decision, the agreed-upon violations centered on academic misconduct by a former student athletic trainer and two football student-athletes during a three-year period. The student trainer also provided six other football players with impermissible academic benefits across 18 courses in two years.

The NCAA committee on infractions prescribed a public reprimand and censure of Notre Dame, one year of probation, a two-year show-cause order for the former trainer, a two-year disassociation of the former student trainer, a vacating of all records in which ineligible student-athletes participated while ineligible during the 2012-13 and 2013-14 seasons, and a $5,000 fine.

Notre Dame football coach Brian Kelly, speaking at a regularly scheduled news conference, said the entire school has been cooperative throughout the investigation, and he thanked it for its support.

"It's never happened before in the history of the NCAA. The penalty has never been issued in this fashion before," Kelly said. "I think that qualifies for being, first of all, it was discretionary. This is a discretionary action by the committee. That's No. 1. No. 2, student-on-student cheating, nobody implicated. The NCAA agreed across the board with that finding, and it was clearly excessive, so we're gonna appeal this, and one of the options or clear reasons for appeal is that the penalty is excessive in its discretion and we believe we have obvious grounds there."

Kelly said he bears no culpability for the academic misconduct that occurred under his watch. He said he plans on being back in 2017 for an eighth season, saying criticism from this 4-7 season stems from the Fighting Irish's lack of success and is independent of this NCAA situation.

"If doing the right thing means you've got to put an asterisk next to these games," Kelly said of games he won that are subject to being vacated, "that's fine by me."

Lions receiverT.J. Jones, a key member of the 2012 and 2013 Notre Dame teams, agreed with his former coach's sentiment.

"We played the games. We did the practices so to me, they're not vacated. They can take them away, but those years, those memories, the blood, sweat and tears we shared on the field, you can't take that away from us," Jones said.

"Technically you can take away the wins but at the end of the day, when we all get together as friends, we're going to still talk about those games and those plays and those memories as if the wins were never vacated in the first place."

In a statement, Kelly and the Rev. John Jenkins, president of Notre Dame, both said the university would appeal the decision to vacate the wins because the "penalty they have imposed is not justified."

"We are disappointed in the actions of students who engaged in dishonesty, but we are gratified that the NCAA investigation confirmed the conclusions of our own internal investigation: Notre Dame acted honorably throughout," Jenkins said in the statement. "As soon as professional staff suspected academic dishonesty on the part of a student, the matter was reported promptly, investigated aggressively and thoroughly, and adjudicated in accord with our Academic Code of Honor procedures and norms. ...

"We disagree with the decision of the hearing panel to impose, at its own discretion, a vacation of records penalty. In past academic misconduct cases, the Committee on Infractions has imposed this penalty only when it has found serious institutional misconduct, such as actions with the direct involvement or knowledge of a coach or academic personnel, a failure to monitor or a lack of institutional control. The NCAA enforcement staff and the hearing panel agreed with Notre Dame that no such institutional misconduct occurred in this case. Indeed, the only reason the NCAA reviewed the matter was because the misconduct involved a former fellow student who happened to participate in the University's student trainer program -- an activity which involved no responsibility for the academic work of student-athletes."

Jenkins said in the statement that "everyone involved" -- including the football program and the university's compliance office -- "did everything that we could have asked of them."

Two players were still enrolled when the violations were discovered and the school sought reinstatement of them through the student-athlete reinstatement process, according to the public infractions decision.

The other four players were no longer enrolled when the violations were discovered and therefore were not subject to the school's academic integrity policies. The student trainer's conduct was ruled unethical by Notre Dame and the NCAA. The parties agreed the violations are Level II.

Additionally, another football player committed academic misconduct during two years without the involvement of a school staff member. The parties agreed these violations were Level II as well.

Notre Dame had launched an internal investigation in 2014 once it became aware of potential academic misconduct by one former player and one current player. The school says it reviewed 95,000 documents. It immediately suspended the involved players from all athletic activities and, at the conclusion of the honor-code process, dismissed four players and imposed retroactive grade changes in the courses affected.

"We believe that imposition of the vacation of records penalty without serious underlying institutional misconduct will not primarily punish those responsible for the misconduct, but rather will punish coaches, student-athletes and indeed the entire institution who did nothing wrong and, with regard to this case, did everything right," Jenkins said in the release. "We are also concerned that establishing this precedent will infringe on universities' autonomy in deterring academic dishonesty, for it will discourage the retroactive lowering of grades even when an honor code committee deems this appropriate.

"As we said at the outset of this investigation, Notre Dame would willingly accept a vacation of records penalty if it were appropriate. It is not in this case. Indeed, should this precedent stand, it could create a perverse incentive that will discourage institutions from investigating so aggressively and imposing the penalties for academic dishonesty that their honesty committees might judge appropriate." 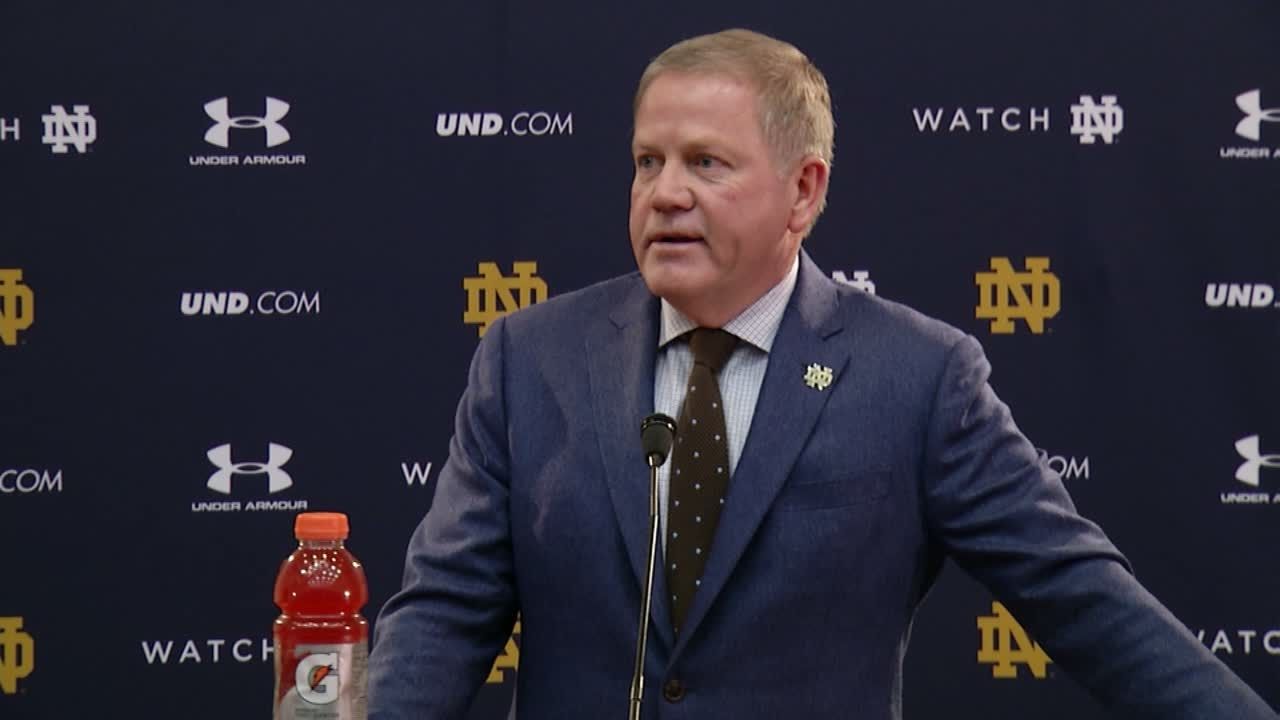 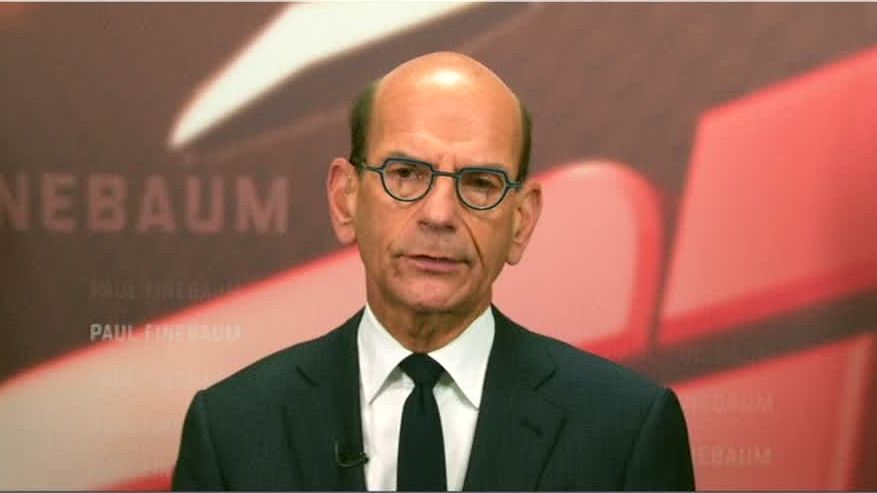