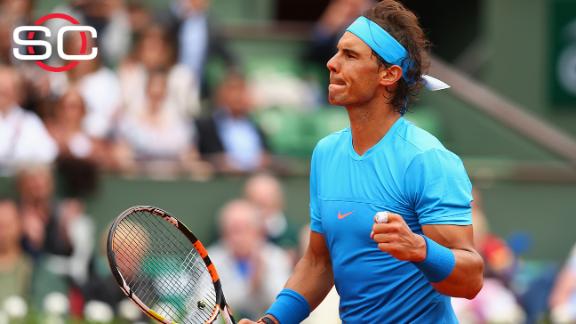 PARIS -- If anyone at the French Open needed a reminder, Novak Djokovic was on court to show what champions are made of.

Returning to Roland Garros a year after he lost in the final to Rafael Nadal, the Serb posted a convincing 6-2, 7-5, 6-2 victory over 87th-ranked Jarkko Nieminen on Tuesday. More significantly, he raised his game in a blink of an eye when he needed to.

After dropping his serve in the second set, Djokovic was two points from losing the set when the Finnish player served at 5-3, 30-love. Djokovic hit three excellent returns and broke back when Nieminen sent a backhand long.

The sequence ended Nieminen's resistance and Djokovic wrapped the match, stretching his winning streak to 23 matches.

"He was the better player for most of the second set," said Djokovic, who is bidding to achieve a career Grand Slam in Paris. "And then I managed to come back and play some good shots. I stayed patient, stayed calm, and overall it was a very solid performance."

Nadal, the nine-time champion in Paris, enjoyed a quiet afternoon on the same center court. Facing 18-year-old French wild-card entry Quentin Halys, the Spaniard was never really tested, progressing to the second round with a 6-3, 6-3, 6-4 win over his 296th-ranked opponent.

Nadal, who lost his only match on the Parisian dirt when he was taken out by Robin Soderling in the fourth round in 2009, extended his impressive record at Roland Garros to 67-1.

Although he dropped his serve once in the opening set, Nadal stayed in control until the final point.

There were many question marks surrounding Nadal's form ahead of the tournament after he dropped to seventh in the rankings following a laborious start to the season. He entered the tournament with five losses on clay, the first time he's had more than three in a year since dropping six back in 2003 as a teenager.

His victory over Halys is unlikely to give him much indication about his current level, but at least it was a smooth start to the tournament.

"My feelings have been OK, have been good." Nadal said. "I think I changed good directions with my forehand, very good forehand down the line. After the first three games that I started a little bit slow, then I start moving the ball better. It is the first match and I played well enough."

Things will be harder in the second round for Nadal, who will be up against clay-court specialist Nicolas Almagro.

"Obviously it is not a good round, but it is what there is," Nadal said. "I'm going to try to play well and try to have a chance to win."

Because of his low seeding, Nadal could face Djokovicas soon as the quarterfinals this year.

Over on Court 2, reigning US Open champion Marin Cilic eased into the second round by beating Robin Haase 6-2, 6-4, 6-2.

It's Cilic's first Grand Slam match since winning his title in New York in September. He missed the Australian Open in January because of an injured shoulder.

Also advancing was Jack Sock, the 22-year-old American who stunned 10th-seeded Grigor Dimitrov of Bulgaria 7-6 (7), 6-2, 6-3. Sock became the first American man to beat a top-10 seed at the French Open since 2000, when Jan-Michael Gambill beat No. 8 Nicolas Kiefer.

The seventh-seeded Ferrer, who punctuated the match with a final cross-court forehand winner at the net, has won all 13 of his career first-round matches at the clay-court major.

Nadal breezes through first round
Rafael Nadal tops Quentin Halys 6-3, 6-3, 6-4 to advance to the second round at the French Open. 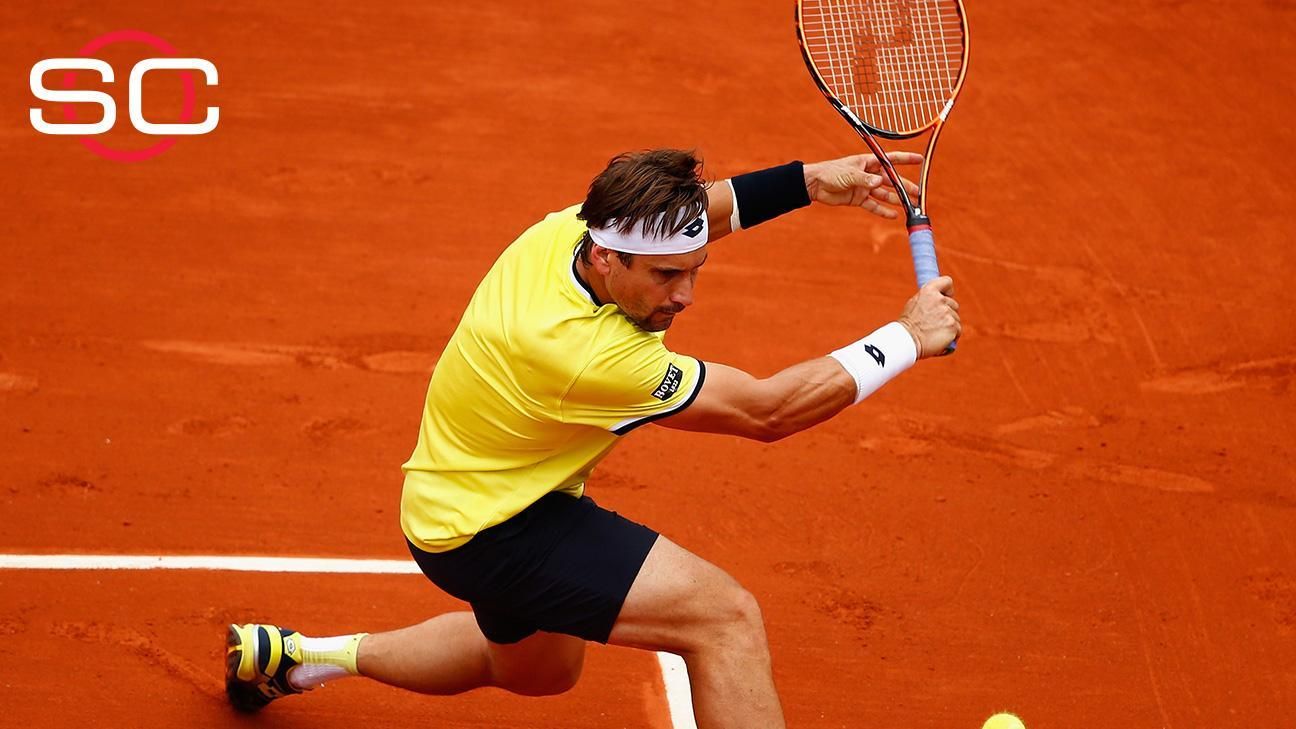