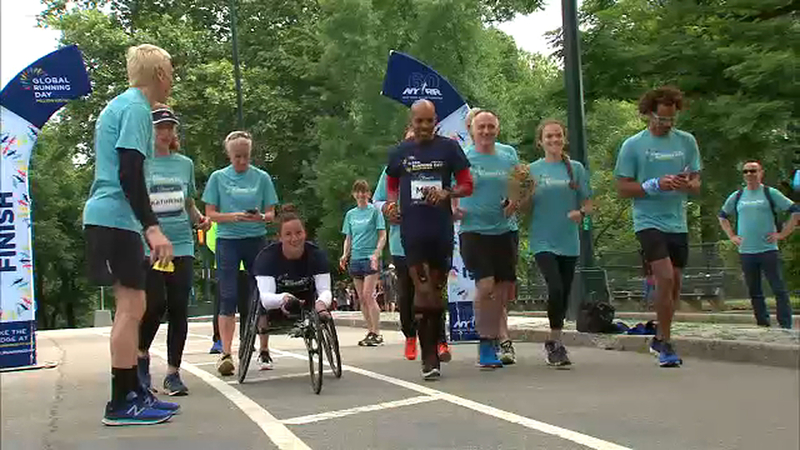 NEW YORK (WABC) -- It was a celebration for the New York Road Runners Wednesday as the group marked its 60th anniversary.

In honor of the occasion, the NYRR set up 60 finish lines in parks, schools, and iconic locations around New York City.

It was aimed at giving people across the five boroughs the opportunity to enjoy the feeling of having crossed a finish line.

"We are thrilled to honor our rich 60 years of history at New York Road Runners on June 6 by giving people of all ages and abilities around New York City and the world a moment to celebrate as they cross their own finish lines," said Michael Capiraso, president and CEO of New York Road Runners. "The day is about making running fun and encouraging people to live active lifestyles, and to inspire kids to embrace running as a way to get healthy and fit. By bringing to life key locations and iconic figures from NYRR's history, we'll be able to pass on that inspiration to the next generation."

The 60 locations included pop-up finish lines in iconic spots such as Times Square where the United Airlines NYC Half passes through, 30 Rock where the 2008 U.S. Olympic Trials passed by, and the Staten Island Ferry Terminal where runners make their journey to the TCS New York City Marathon start line every year.