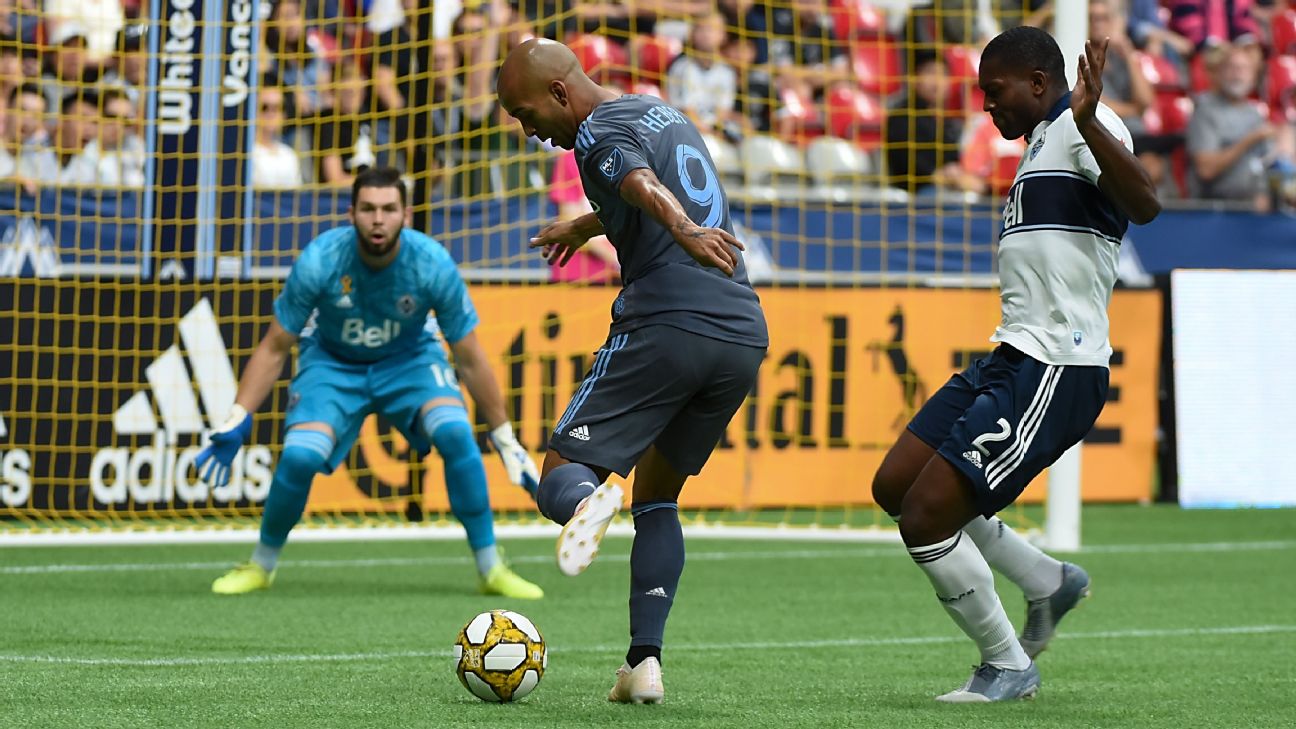 Heber scored his team-leading 14th goal before exiting with a right thigh injury as visiting New York City FC recorded its season-high fourth straight win with a 3-1 victory over the Vancouver Whitecaps on Saturday.

Gary Mackay-Stevencelebrated his 29th birthday by scoring in the 26th minute andAlexandru Mitritaalso scored for NYCFC (14-5-8, 50 points), who remain one point behind Eastern Conference leader Philadelphia (15-8-6, 51 points). The Union posted a 3-1 victory over Atlanta United earlier on Saturday night.

Sean Johnson, who finished with five saves, benefited from NYCFC scoring three or more goals for the eighth time this season.

Yordy Reyna scored his team-leading seventh goal in the 64th minute and Maxime Crepeau made two saves for the Whitecaps (6-15-9, 27 points), who have lost three in a row.

NYCFC wasted little time gaining the advantage as Mitrita's through ball found Heber, who deftly sent a right-footed shot from the center of the box past Crepeau in the 10th minute. Heber has put his best foot forward away from home, with 11 of his 14 goals being recorded on the road.

Heber, however, wasn't long for the match as he sustained an injury seven minutes later and was replaced by Mackay-Steven.

Mackay-Steven made an immediate impact by getting enough of a touch on Maximiliano Moralez's through ball before it found its way past Crepeau. The goal was Mackay-Steven's first with NYCFC.

Vancouver raised its game in the second half after Tosaint Ricketts set up Reyna, who unleashed a blast from the right side of the box to the bottom left corner to trim the deficit to 2-1 in the 64th minute.

The rally was short-lived as Mitrita unleashed a rocket off a free kick that found its way inside the left post in the 72nd minute. Mitrita's seventh goal of the season was the second NYCFC has recorded off a free kick this season. 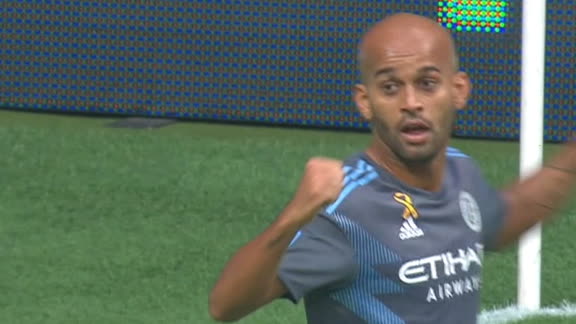 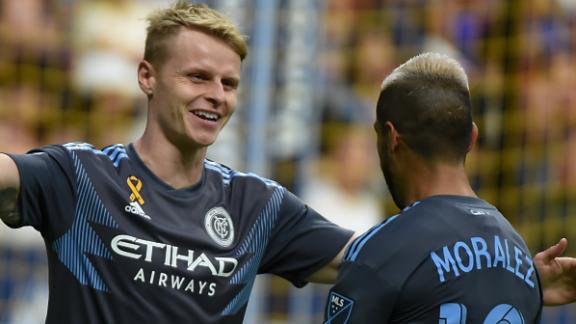