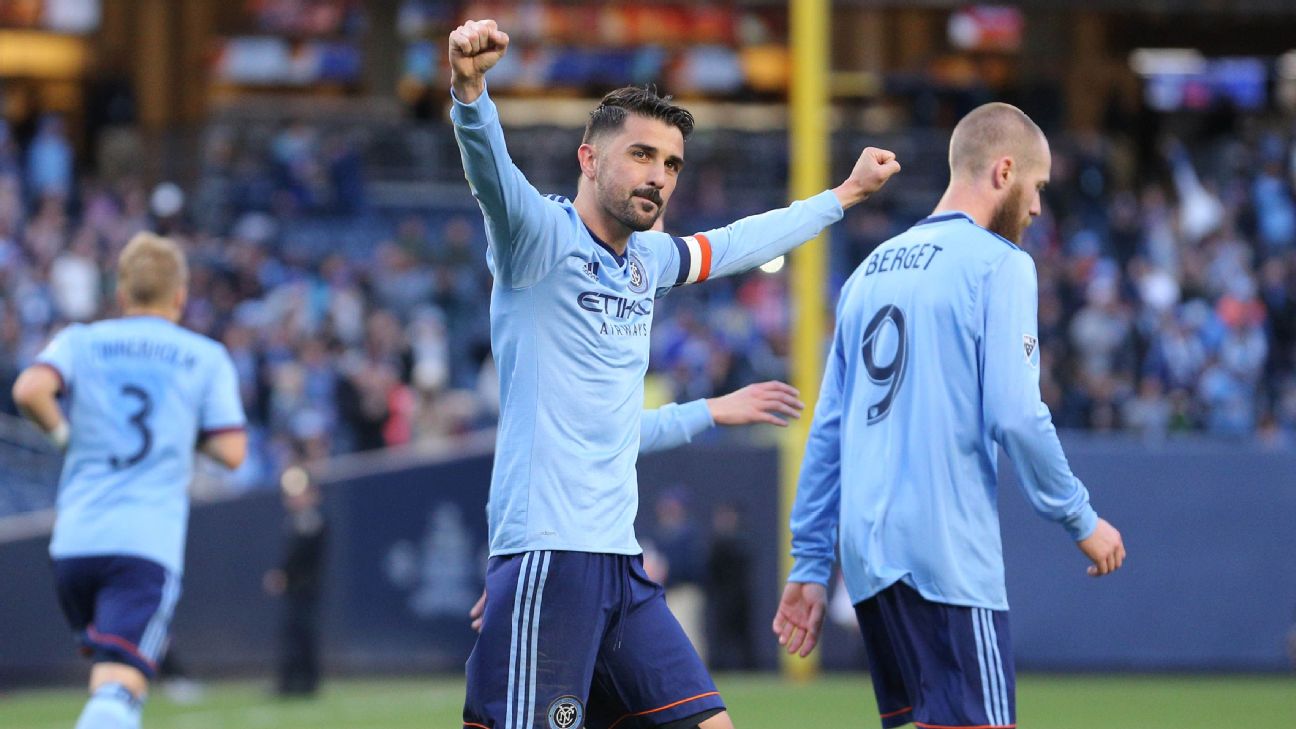 New York City FC's David Villa has scored the 400th goal of his illustrious career, with a first-half penalty in a 3-1 win over FC Dallas on Sunday.

He added another goal later in the game.

Villa, 36, now has 68 goals for NYCFC since joining the Major League Soccer franchise from Atletico Madrid in 2014. The only club that Villa has scored more goals for is Valencia, where he netted 129 times across all competitions from 2005-10.

The Spain international has 59 goals forLa Roja, including goals in the round of 16 and quarterfinals in the team's 2010 World Cup-winning run, and has also scored 48 times for Barcelona, 41 for Sporting Gijon and 15 for Atletico Madrid.

Along the way, Villa has 84 multi-goal games, including 10 hat tricks.