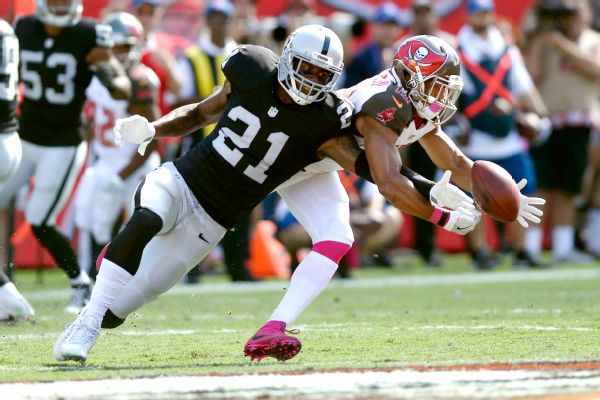 The Oakland Raiders set an NFL record Sunday by committing 23 accepted penalties in their 30-24 victory over the Tampa Bay Buccaneers.

The penalties accounted for 200 yards, which is the third-most all time for yards penalized in one game.

Luckily for the Raiders, Derek Carr had himself a day, setting a franchise record with 513 passing yards. Cotton Davidson held the previous team record with 427 pass yards on Oct. 25, 1964. Carr also tied Phil Simms for 10th all time in single-game yardage.

That total number of penalties does not include ones that were declined or offset. The previous record of 22 had been hit three times, most recently in 1998 by the San Francisco 49ers in a game against the Buffalo Bills, according to ESPN Stats & Information.

Even so, they are atop the AFC West with a 6-2 record at the midpoint of their season.