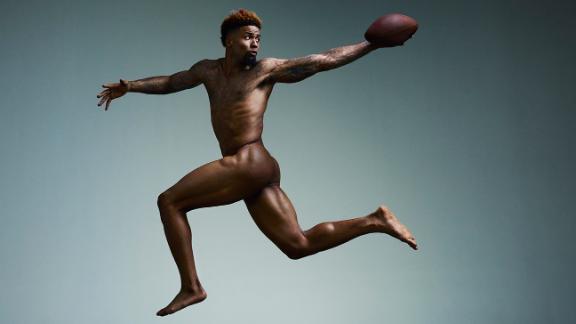 Giants wide receiver Odell Beckham Jr. spoke with reporters Morty Ain and Stevland Wilson about his first season in New York, what it was like to take it all off for ESPN The Magazine's Body Issue -- and, yes, that catch.

For more from the 2015 Body Issue, check out espn.com/bodyissue! And pick up a copy on newsstands starting July 10.

It's unfortunate, in a way, to be known only for "the catch." There were so many other things I did during the season; it's hard for me to distinguish myself because of that catch [a one-handed touchdown catch on Nov. 23 versus the Cowboys]. I know that I'm more than that. But at least people know you, you know what I mean?

When I watch it, I'm like, "Wow, that really happened!" It's still a little crazy to me. I envisioned myself making some kind of catch in the end zone, but I didn't know exactly what it was going to be. You have to have a picture of what you want to do before you can do it -- I learned that from [Cardinals free safety] Tyrann Mathieu. I knew that I was capable of it, but just seeing it and the reaction to it, it was by far the craziest thing that has ever happened to me.

I have my mom's body. She was a six-time All-American [in track]. I have her exact body structure from head to toe -- her wrists, arms, everything. I pretty much look like an identical twin of my mom.

I've been around athletes at the highest level all my life. It's what's pushed me. Pops played football for LSU. Ever since I can remember, I've been working with him running routes and stuff. And I grew up with my stepdad [Derek Mills], who was an Olympic gold medalist [in the 4x400-meter relay] in the '96 Olympics. He ran a 44.13 on the split, which is beyond me.

It's a lot to live up to when your parents have accomplished this much. You just want to be successful as well. I've worked hard throughout my entire life, but I don't think all the hard work could have produced the same results without all the genetics I was given.

I told my mom I was going to be a pro athlete at 4 years old. I was outside playing and it was cold, but I was just by myself throwing the football around. She was like, "What the hell are you doing outside?" I told her: "I'm practicing for Sundays." Ever since, she's pushed me to where I am today.

I've been doing rubber-band exercises to build hand strength since high school. It's something that started off in Chinese class my senior year, just wrapping rubber bands around my fingers and stretching them out. Anything I thought could make me better, I was going to do it.

I think I was palming a basketball as early as fourth grade. I have big hands -- I wear either a XXXL or XXL glove. I have a 6-8 wingspan on a 5-11 body -- I can dunk. My wingspan allows me to do a lot of things that other people at my height might not be able to do.

My most impressive dunk? Check YouTube for that answer.

Sometimes I have too much confidence in my body. Like, "I'm good; I don't need to do this today." That's the reason I pulled my hamstring last year. I had been going since 3 years old, never any breaks -- even summers I'm working out. That injury was long overdue. It wasn't like I was doing anything other than normal, it was just like my body had been so overworked already.

New York is the best place to win and the worst place to lose. When I tore my hamstring last year, we were a losing team, and I remember hearing it all. I'm coming into a new place, I was the first-round draft pick and everyone says you're some pretty boy and you don't want to play and you're just the show pony. It frustrated me to just have to sit back and not be able to say anything. You can't physically show them what you can do. The only thing that you can tell them is how you feel -- and that really doesn't matter in New York.

I don't really care for stats. I'll do the best I can every single game and let the numbers add up at the end.

My first love was soccer. A lot of my coaches from back in the day would say that I could have been in Europe right now playing. I was a lot better than the people that I played against -- and I definitely had a little bit of that football demeanor on the field; I think I got a yellow card every other game. But at that age, you're 13 years old, and to really make it big in soccer you have to go overseas -- it was something that didn't seem right to me at the time. I know I could have made it in soccer, but that just wasn't the path for me.

I got my first tattoo my senior year of high school: "Make dreams reality." I'm going to have my whole body covered but I'm stopping at the wrists, so if I have a suit on, you won't be able to tell I have any, unless maybe one curls out by accident. I do still have to get the space in my traps done. But not my legs; that s--- hurts.

Anytime it's around my birthday, I have to play big. On my fifth birthday, I scored five goals playing soccer. Ever since then, it's like something comes over me. I've always played well around that time.

I don't really care so much for the off-field workouts. I'm not going to go into the weight room and put on like 600 pounds and try to squat it. I'd rather do something that applies to what I do on the field than straining myself in the gym. I want to do field work -- anything that I can apply to the sport.

I'm definitely faster and stronger than what I got to display last year. I'm hoping my body will really come back around and catch back up to me and I'll be able to show that.

I want to be legendary. It's really simple to me: When they mention guys like Jerry Rice and Cris Carter and Randy Moss, you want to be in that category. That's the goal. It's not just to play for a couple of years and have fun.

This is an online exclusive story from ESPN The Magazine's Body Issue 2015. Subscribe today! 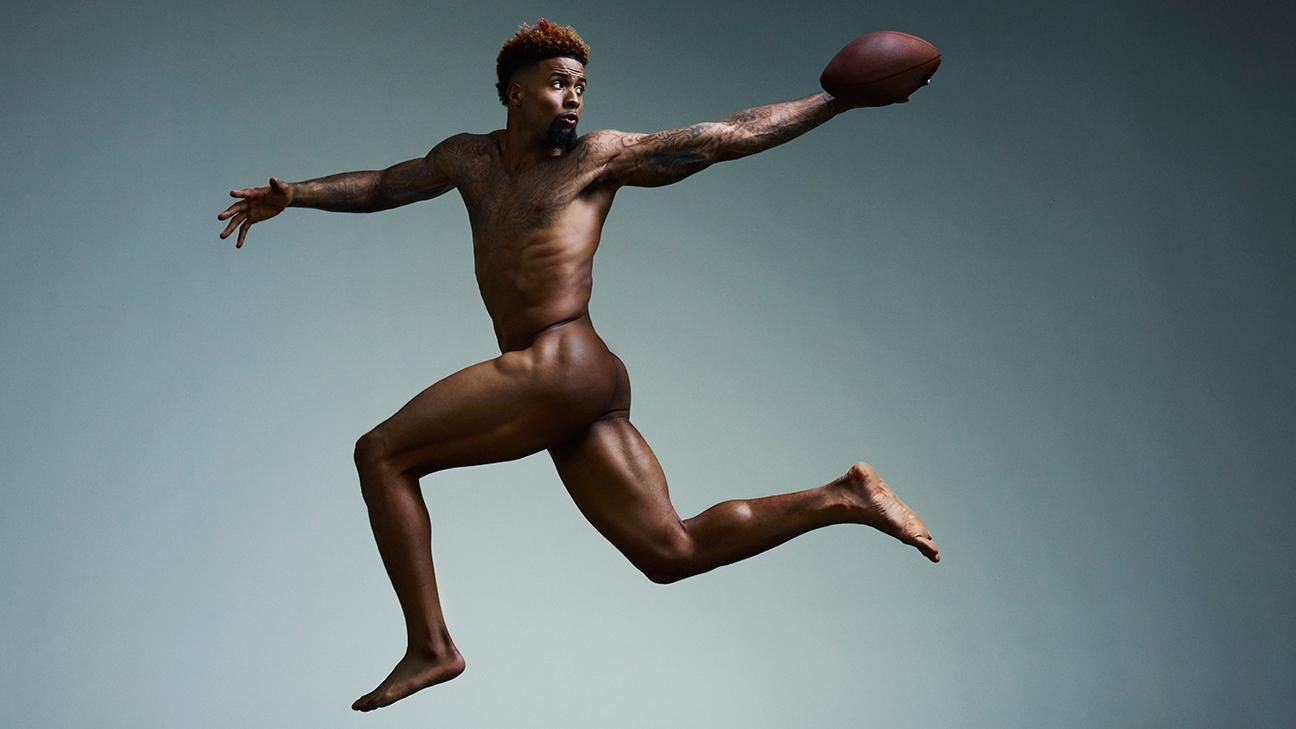