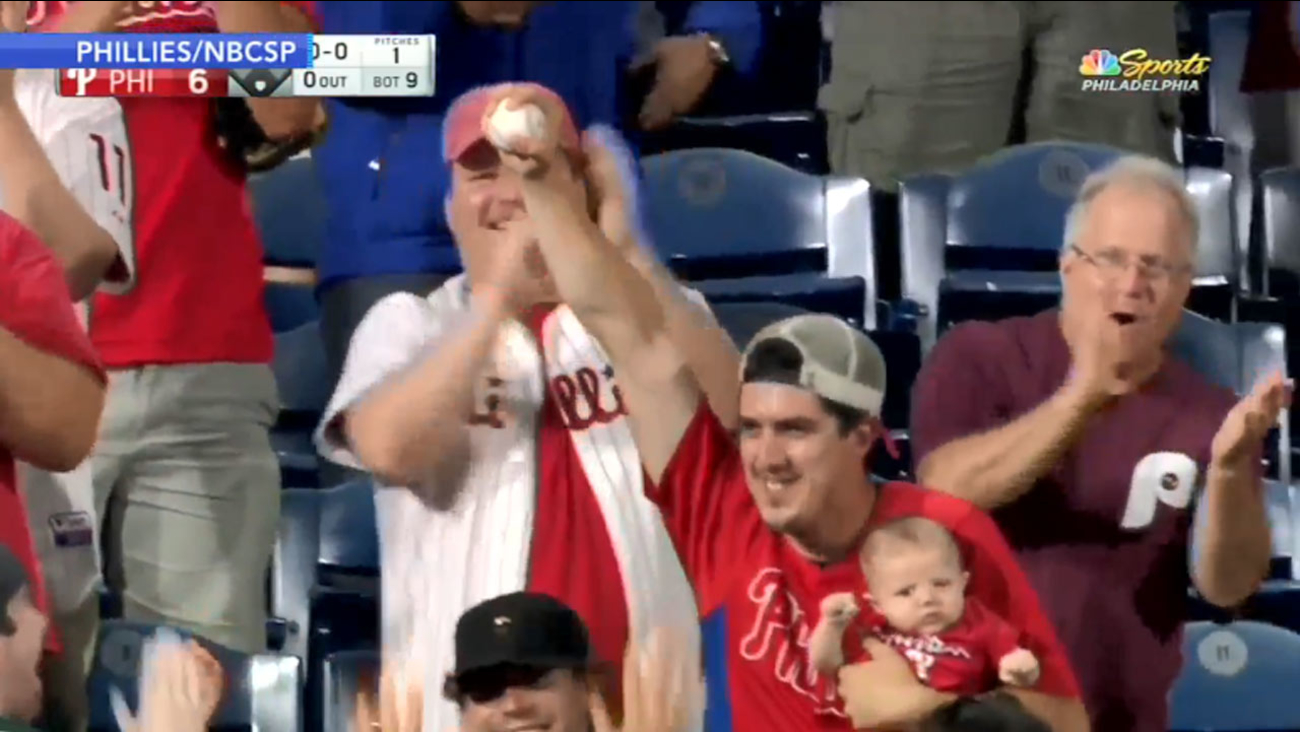 WPVI
The most impressive catch at Monday night's Phillies game wasn't made by a player - not even visiting Dodger Chase Utley - but by a fan in the stands.

It was the bottom of the 9th inning when Maikel Franco hit his second homer of the night.

A few fans reached for the ball, but one man who was holding a baby was the one who made the catch.

Those around him cheered, as he showed off the ball, still safely holding the baby.

The man's identity is not yet known, but he joins a list of other fans to steal the show while holding a child.

How about this catch, though?!

While holding a baby, this fan gets the one-handed/backhand grab on a home run ball. 😲 pic.twitter.com/WWXQ3YMxvY

It was back in May 2015 when Mike Capko of Conshohocken made a barehanded catch of his own. Capko had his 7-month-old son strapped to his chest when he caught a foul ball hit by New York Mets' Daniel Murphy.
"It hurt - I mean my hand is a little sore. He crushed that ball but something like that you have a natural reaction and it worked out great," Capko told Action News at the time.
EMBED More News Videos

A daring dad at the Phillies game on Mother's Day caught a hard hit foul ball with his son strapped to his chest.

In June 2016, Phillies fan Brian Kucharick was holding his young daughter on his arm and a tray of food in one hand when a ball came toward him in June 2016.
EMBED More News Videos

Perhaps the best play for Phillies fans at Thursday night's game against the Blue Jays took place not on the field, but in the stands.

And while we're at it, though he was not carrying a child, in May 2014, Phillies beer vendor Earl Chaney was all over the highlight reels when he caught a foul ball hit by Carlos Ruiz in his bucket!
EMBED More News Videos

The beer man did a little more than selling brews at the Phillies game.

Chaney told the Phillies broadcast team he was not looking to catch the ball, it just landed right in the bucket. 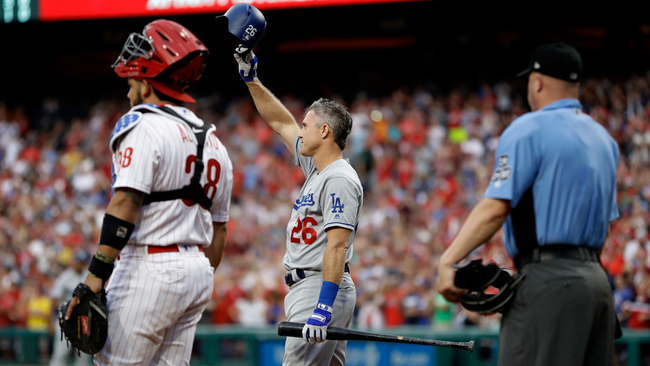