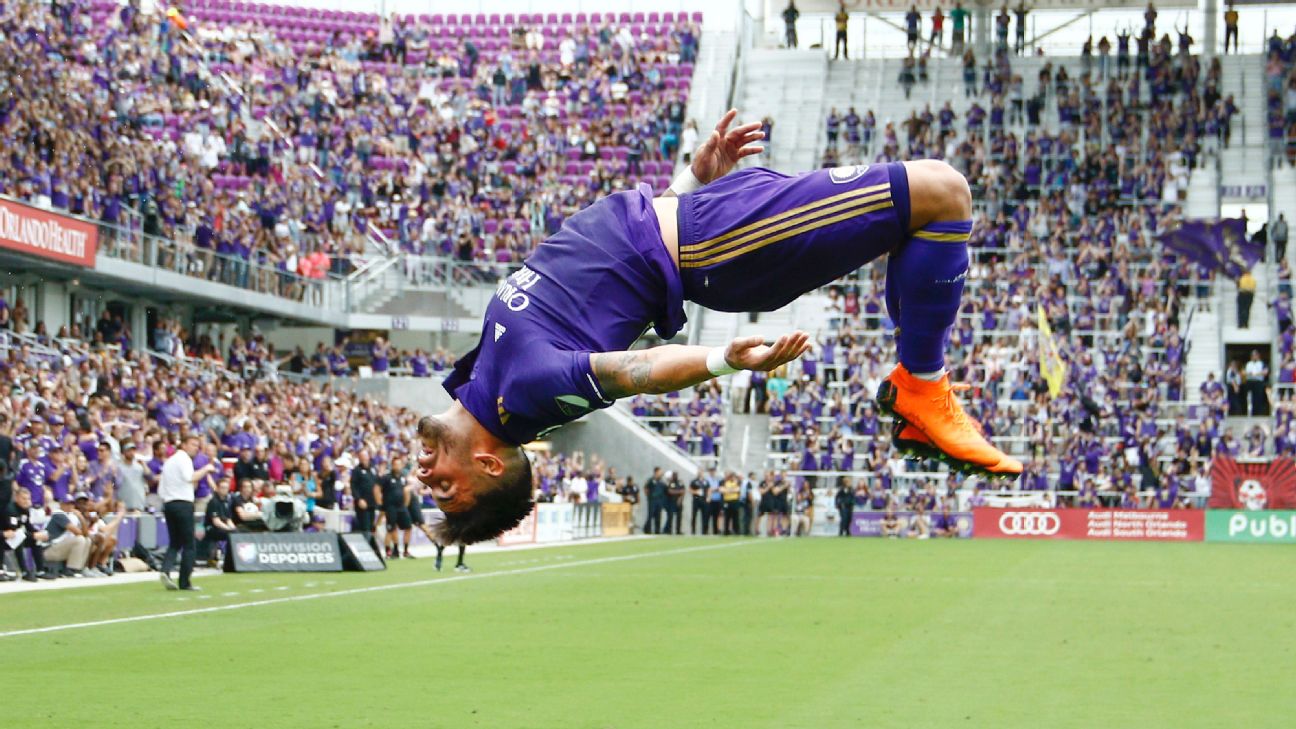 The Red Bulls led twice in the first half before Dom Dwyer scored twice to put the hosts ahead, and after Aaron Long equalized for New York in the 82nd minute, Sutter found the winner four minutes later.

Orlando earned its first win of the season after a draw and two defeats to open the year, while the Red Bulls have now won two and lost two.

Derrick Etienne restored New York's lead in the 24th minute after being played through byValot, but it took Dwyer less than two minutes to equalize with a header following a corner.

Dwyer then pushed Orlando in front three minutes after halftime with his first touch after a long throw-in into the box.

The Red Bulls, already playing with a depleted lineup ahead of this week'sCONCACAF Champions League semifinal at Chivas, finished the game with 10 men afterKyle Duncan pulled up with an injury after all three substitutions had been made. But they were still able to level the score when Long headed inMarc Rzatkowski's cross from a set piece.