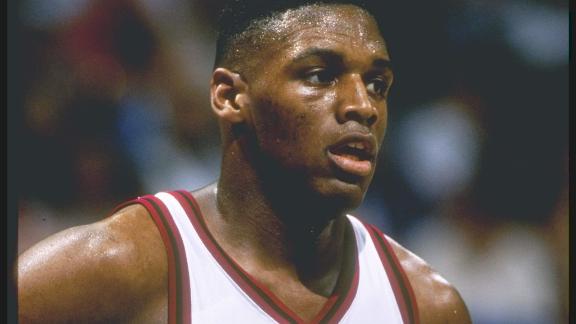 The founder of the fledgling pro basketball league AmeriLeague, identified publicly for months as "Cerruti Brown," told the league's operations manager Wednesday night that the persona is fictitious and he actually is a former basketball standout who has numerous criminal convictions for fraud, Outside the Lines has learned.

"I talked to him, asked him, and he admitted he was [former McDonald's All-American] Glendon Alexander," Marcus Bass, AmeriLeague's operations manager, told Outside the Lines. "He told me he was stepping away and to tell the staff that there'll be new ownership. I was in shock. I'm just hoping that all the people who have worked on this project can land on their feet."

Late Wednesday night, hours after Outside the Lines began questioning current and former league officials, the AmeriLeague website prominently displayed: "Cerruti Brown is Glendon Alexander. YEAH you should google GLENDON ALEXANDER, he is a con artist." It was later removed from the site.

Brown and his small staff touted the league as being funded by investors and had announced recent successes in signing numerous ex-NBA players, including Royce White, who was taken 16th overall in the 2012 NBA draft. The AmeriLeague's draft, in which the six teams were set to disperse its 60 or so players, was scheduled to be held Thursday in Las Vegas, Bass had told Outside the Lines earlier Wednesday.

Bass is not the first employee to raise questions about Brown's identity. The league's commissioner left after just one week in Las Vegas with suspicions and didn't return. The president bolted after eight days because of similar concerns. And one of the six coaches pulled out just before boarding a flight for the start-up basketball league's hub, Las Vegas, because he had heard the rumblings.

"Unless he has a body double, it's definitely him," former league commissioner Ethan Norof told Outside the Lines on Wednesday afternoon, immediately after watching a video of Alexander from 2014. "No question about it."

Public records show links between Brown and Alexander. A Cerruti Nino Brown was born on Feb. 28, 1977, according to Texas birth records. That birth record lists Rupert Nati Brown as the father, who appears in other court records and public documents to also go by the name of Rupert Alexander, the name of Glendon's father. There is no Texas birth record for a Glendon Alexander, whose online biographies and criminal records list his date of birth as Feb. 28, 1978, and his hometown as Carrollton, Texas.

Brown could not be reached for comment Wednesday. But Brown denied in a text message earlier this month that he was Glendon Alexander.

"Very wrong! Your [sic] not the first person who has asked me that either," he wrote.

Public records databases have no data on anyone named Cerruti Brown in the United States. Aside from the Texas birth record and a Nevada business license for LVD International, Outside the Lines found no other paper trail for Brown. State of Texas and Dallas County officials said they had no record of a legal name change, though.

Brown spoke repeatedly to the media last month about the AmeriLeague. He declined to talk about his background in detail, however, and refused to divulge the league's investors. There are no pictures of Brown on the official league website, and none in any stories that have been written about him.

"He's very mysterious, and it's by design," Norof said. "One of the things he emphasizes is no digital footprint -- and that's extremely rare in 2015."

Alexander, a McDonald's All-American out of the Dallas area, began his college career at Arkansas before transferring to Oklahoma State after two seasons. He averaged 9.6 points per game as a freshman in 1996-97 for Nolan Richardson and the Razorbacks, and finished his career in Stillwater in 1999-2000, averaging 11.7 points for a team that advanced to the Elite Eight.

Alexander admitted to stealing a scholarship check from then-teammate Ivan McFarlin at Oklahoma State, and told Sports Illustrated that he received $10,000 from boosters and didn't attend class. In 2002, Alexander was charged with stealing $150,000 in cash and jewelry from former Major League Baseball player Derek Bell.

His list of transgressions is lengthy and contains convictions for bank and wire fraud. Alexander admitted to writing checks totaling nearly $50,000 off the account of a Dallas-area dentist and transferred more than $1.5 million from an adult-entertainment industry executive's account into his own. That landed Alexander at Seagoville Federal Correctional Institution in Texas, where he was released on Oct. 11, 2005.

A Dallas Morning News story documented that Alexander was in charge of a prep school in Iowa, the ABCD Basketball Academy. One of the players' parents said she pulled her son because of "substandard housing, meals and basketball training."

According to the newspaper, she filed a complaint with the Better Business Bureau in an effort to recoup some of the $4,000 she sent him.

One former employee of the AmeriLeague told Outside the Lines that he is "100 percent sure" that Brown is Alexander after watching a Dallas Morning News video that accompanied that Jan. 18, 2014, story.

"If you take dental records, it's even the same gaps in their teeth," he said. "It's him. It's definitely him."

Brian Moore, an investor who met Brown at the Four Seasons in Las Vegas in June, said he was "99.9 percent sure" as well after watching the same video.

"Unless he's got a twin brother, it's him," Moore told Outside the Lines on Wednesday.

Harrison and several other players signed by the AmeriLeague have since entered the NBA D-League draft, sources told SportsNet New York on Thursday. The D-League draft takes place Saturday.

Brown had also told ESPN that he had pursued several of the top high school players in the country this past offseason -- without success -- and was set to go after many of the elite players in the current senior class. Sources said Brown was throwing around numbers in excess of $1 million.

Norof said he worked as the commissioner for the AmeriLeague for about a month and did not receive any compensation. Norof said he was told by Brown that he would receive a $150,000 salary for the year, but the contract that was emailed had the figure at $50,000.

"Unless you count breakfast, I didn't get anything," said Norof, who left AmeriLeague in early October.

Jonathan Jordan replaced Norof as the de facto commissioner, with the title of president. He resigned earlier in the week after questions surfaced surrounding Brown's true identity.

"I resigned because I believe that material misrepresentations were made to me in the course of my employment and that important information that affected my position was withheld from me, which made it difficult for me to continue to do my job," Jordan told Outside the Lines.

Bass, the league's director of operations, told Outside the Lines earlier Wednesday that Thursday's draft was still set to be held at the offices in Las Vegas despite the fact that one of the six coaches -- as well as Jordan -- resigned this week.

"The draft is still tomorrow," Bass said. "We're pushing things through. I met with Mr. Brown multiple times, and we have an open line of communication."

Joe Connelly was one of four coaches, along with former NBA players Tree Rollins and Paul Mokeski, and Martin Knezevic. Connelly told Outside the Lines that he resigned Monday night after also fearing that Brown's identity was fraudulent.

"I got a tip, looked at the picture and sent it to Brian Moore," Connelly said. "Then I started looking into it. There was no record of a Cerutti Brown anywhere. It's a fictitious person.

"The sad part of all this is, there are guys who turned down jobs and are headed to Vegas right now," he said. "That's the part that bothers me. He's selling people dreams. It goes against everything I stand for and want to be associated with." 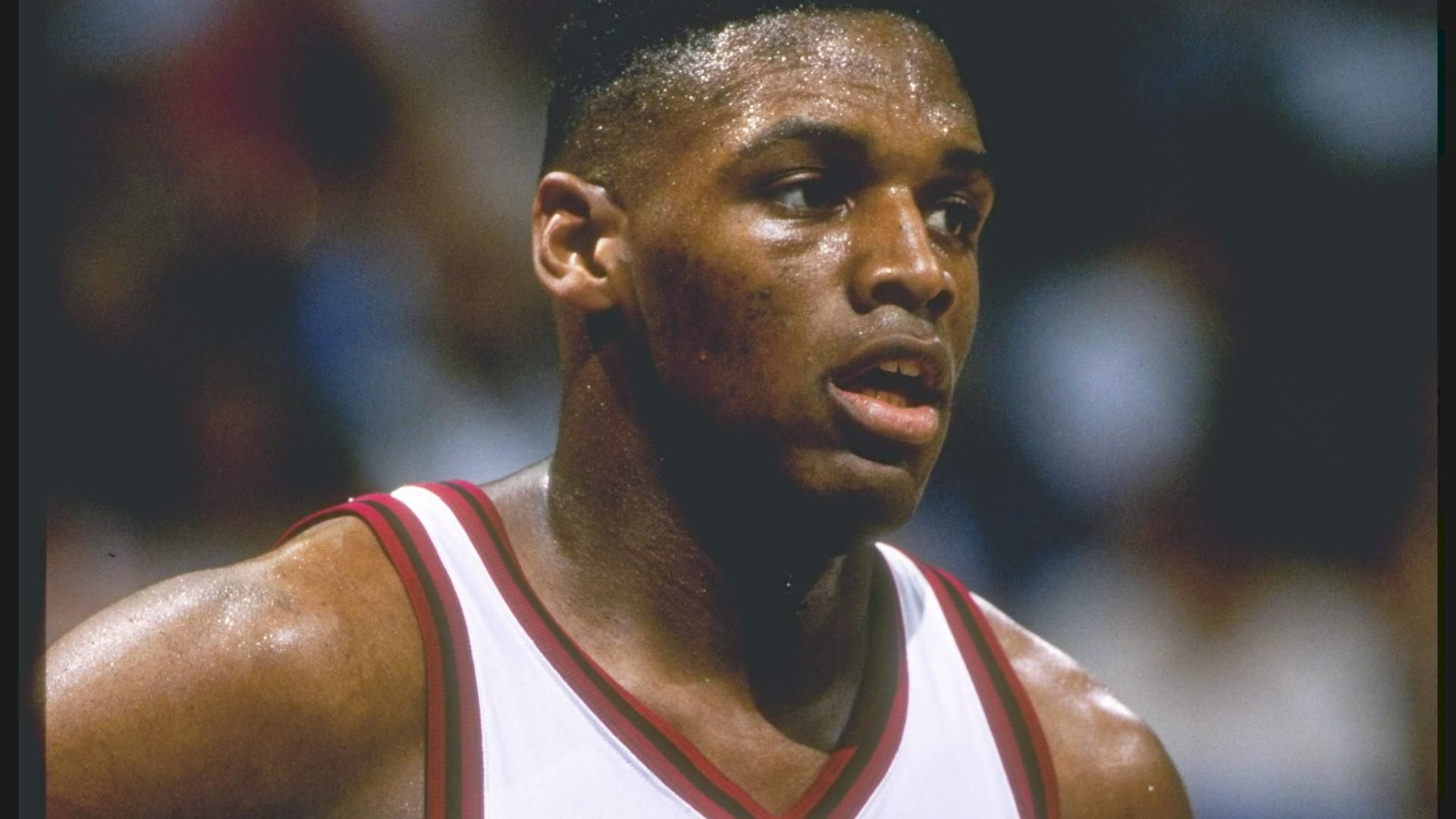