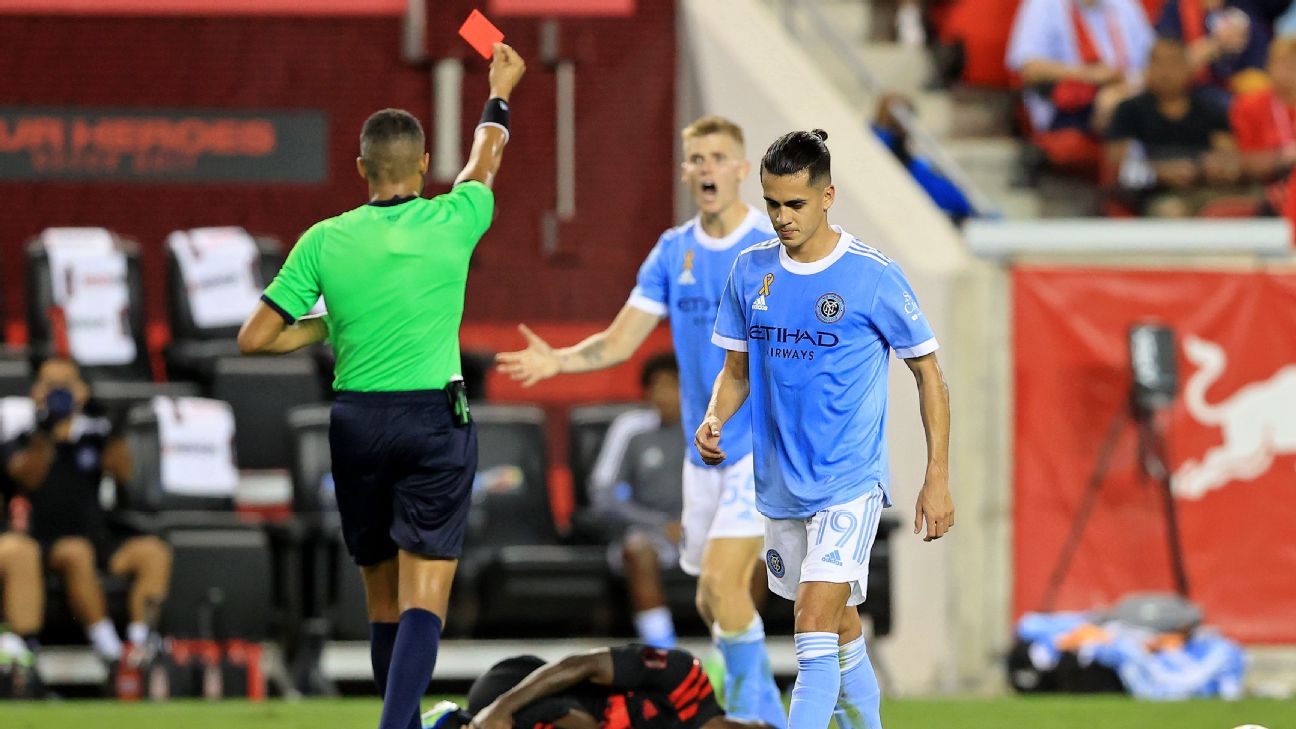 Patryk Klimala converted a penalty kick in the ninth minute of second-half stoppage time to secure a 1-1 draw for the New York Red Bulls against the visiting New York City FC on Wednesday.

New York was assessed the penalty kick after video review confirmed City defender Maxime Chanot got his arm on the ball for his second yellow card of the match.

New York City came close to an early strike in the fifth minute when Valentin Castellanos tried to direct a corner into the net, only to see the volley go over the cage.


Klimala found Omir Fernandez at the goalmouth in the eighth minute, forcing City goalkeeper Sean Johnson into a save. Johnson was at it again in the 22nd minute, getting his fingertips on midfielder Wikelman Carmona's shot from just above the box to deflect it up and over the net.

Goalkeeper Carlos Coronel matched his counterpart two minutes later with a diving save on Maxi Moralez from the left of the net. In the 29th minute, the Red Bulls keeper denied defender Anton Tinnerholm off a lob feed from Moralez with a kick save.

New York City broke through in the 31st minute when Moralez found Castellanos uncovered just above the goal box to give the visitors a 1-0 lead.

Klimala had chances for the equalizer early in the second half, sending a shot from outside the box that went wide right in the 49th minute and another from the left edge of the box that rolled just past the far post.

Castellanos struck again in the 69th minute on a free kick but the goal was waved off as Chanot held up Red Bulls defender Kyle Duncan in front of the net.

City was down to 10 men for the final in the 75th minute after Keaton Parks was shown a direct red card for a hard foul on Dru Yearwood. 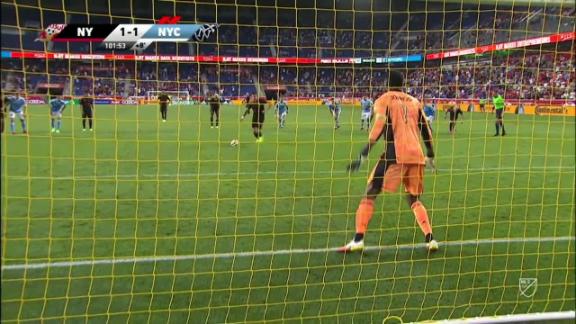