Pats TE Rob Gronkowski, Broncos go back and forth on social media 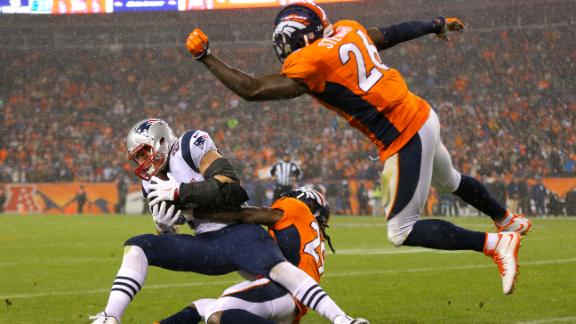 What started as a brief comment fromBroncoscornerback Chris Harris Jr.quickly turned into a back-and-forth between Denver and one of the New England Patriots' best players.

When asked during a SportsCenter interview Tuesday morning for the best way to defend star Patriots tight end Rob Gronkowski, Harris responded, "You gotta hit him low, man. Hit him in his knees. That's the best chance you got of hitting him."

Gronkowski didn't appear to take that comment kindly. Hours later, he posted on Twitter a comment that some might consider a double entendre. The Broncos and Patriots meet Sunday in the AFC Championship Game.

Denver retweeted Gronk's post, then later Tuesday tweeted, "The low down on defending @Patriots TE Rob Gronkowski," with a video breaking down the challenges of defending the 6-foot-6, 265-pound Pro Bowler.

According to ESPN Stats & Information, the Broncos tackled Gronkowski low multiple times during their 30-24 victory over the Patriots in Week 12.

Gronkowski, who caught six of 10 targets for 88 yards and a touchdown in the game, was stopped short of a first down after a low tackle by Darian Stewart in the second quarter. Later in the game, he had to be carted off -- and missed the following game -- after Stewart's shoulder pad hit him across the knees, causing his leg to whip around.

Gronkowski, of course, has a history of knee problems. He tore his ACL and MCL in 2013, when he took a direct hit to his right knee from then-Brownsand current Broncos safety T.J. Ward.

According to ESPN Stats & Information, since coming into the league in 2010 and including playoffs, Gronkowski has totaled 1,198 receiving yards after first contact, the most of any player in the NFL. This season, Gronkowski averaged 4.0 yards after first contact -- the first player to do so for a season in the seven years thatESPN Stats & Information has measured this particular statistic.

Gronkowski is coming off a two-touchdown game against the Chiefs in Saturday's divisional round. His eight TD catches in the postseason are the most ever by a tight end.

On Monday, Broncos linebacker Brandon Marshall shared his thinking as to how Gronkowski posts such gaudy receiving stats.

"I say because he pushes off," Marshall told NBC Sports' "Pro Football Talk Live" radio show. "I mean, he pushes off, and he gets away with it about 98 percent of the time." 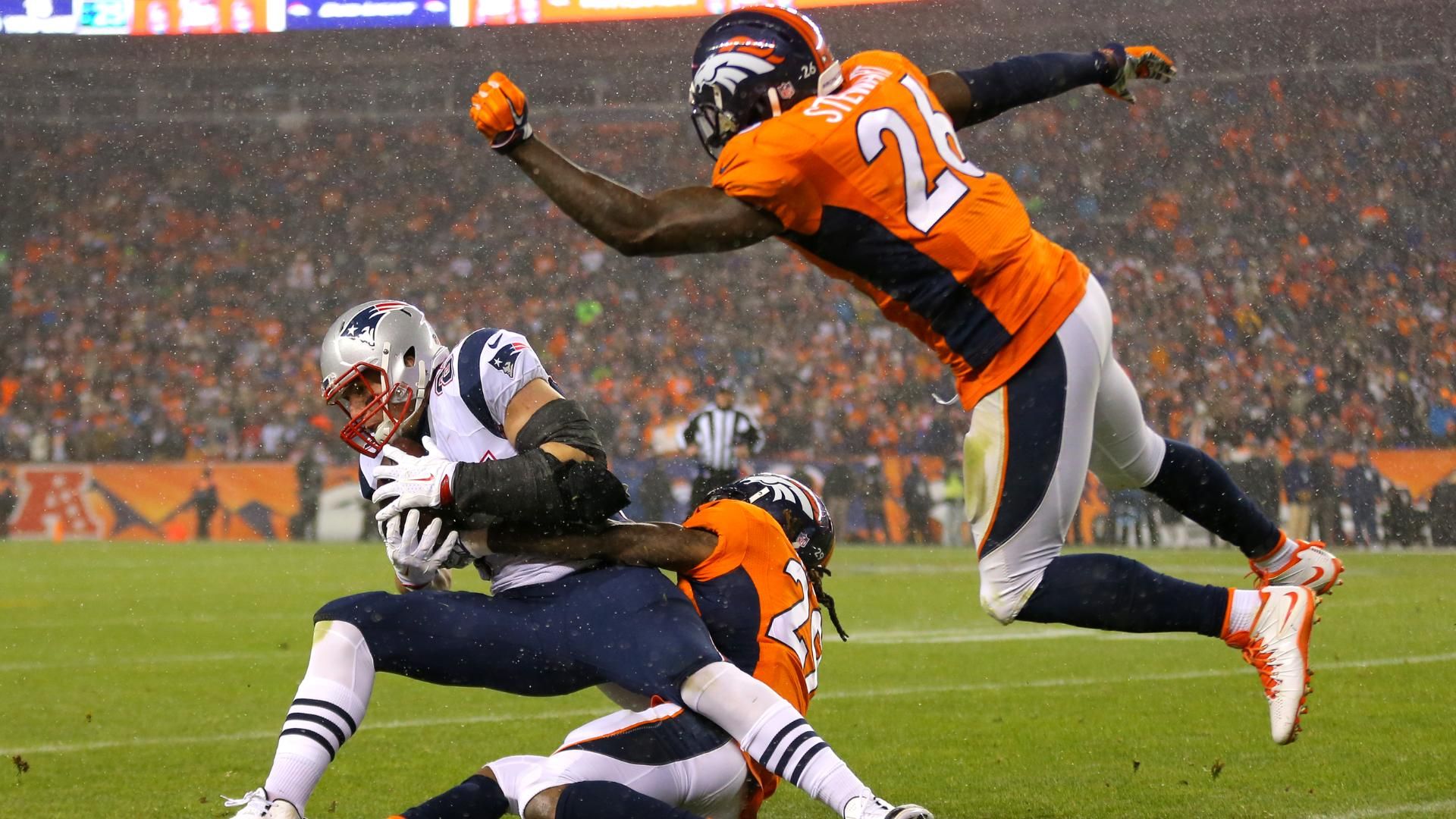