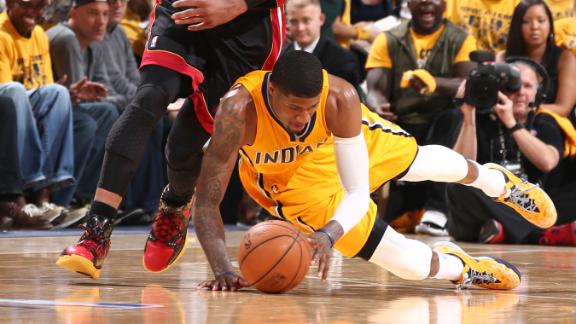 Indiana Pacers All-Star swingman Paul George was diagnosed with a concussion Wednesday just hours after he took a hit to the head from Dwyane Wade during Game 2 of the Eastern Conference finals, the team announced.

George now will begin the NBA-mandated protocol for return to action, the Pacers said. There is no timeframe to complete it.

Game 3 is Saturday night in Miami with the series tied at 1-1.

Wade accidentally hit George in the back of the head with his knee during the fourth quarter Tuesday night as the two were battling for a loose ball. George remained in the game for the duration of the Pacers' 87-83 loss, but afterward he told reporters that he had blacked out and then had blurred vision in the contest's final four or five minutes.

In a statement, the Pacers said George initially "exhibited no symptoms of a concussion" after the game, and "in response to questions from the Pacers' medical staff, he denied dizziness, nausea, and issues with his vision. He was also active and aware of his surroundings. As a result, the Indiana medical staff did not suspect a concussion."

But when George later said he "blacked out" on the play, the team "conducted the NBA-mandated concussion assessment, which did not reveal any active symptoms of concussion."

George, though, had follow-up tests Wednesday morning, at which point he was diagnosed by the Pacers' consulting neurologist with a concussion because he said he had briefly lost consciousness during the game.

"The Indiana Pacers medical team followed the NBA concussion protocol and there was no indication of concussion during the game," Dr. Jeffrey Kutcher, the director of the NBA concussion program, said in a statement. "This case illustrates that concussion evaluation is an ongoing process and manifestations of the injury may not always present immediately."

Under the NBA's return-to-participation protocol for concussions, players must go through "several steps of increasing exertion -- from a stationary bike, to jogging, to agility work, to non-contact team drills. With each step, a player must be symptom-free to move to the next step."

The final decision on whether he can return is made by the player's team physician in conjunction with Kutcher.

Paul George Blacked Out After Knee To Head
Stephen A. Smith and Skip Bayless react to Paul George's statement that he blacked out and had blurry vision after taking a knee to the head. 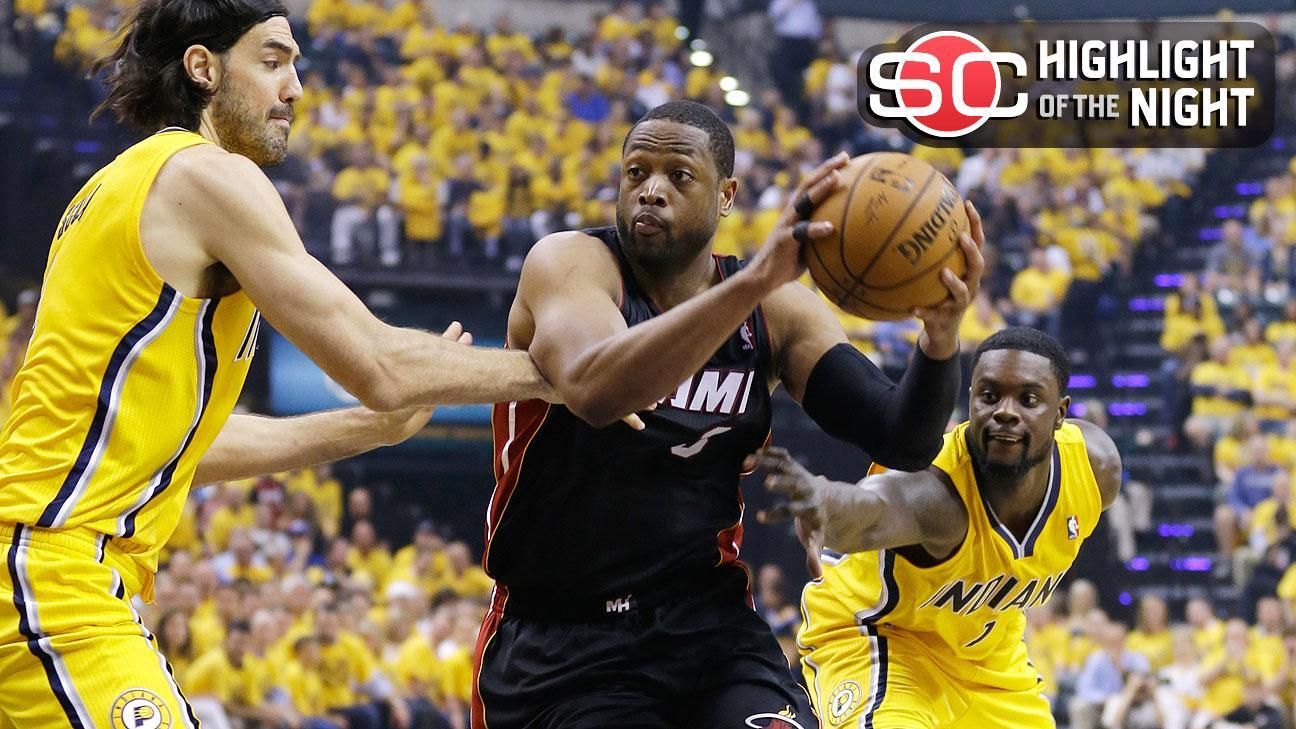 Heat Even Series With Pacers
Highlight Of The Night: LeBron James and Dwyane Wade combined for 45 points as the Heat beat the Pacers 87-83 to even the series at one game apiece.