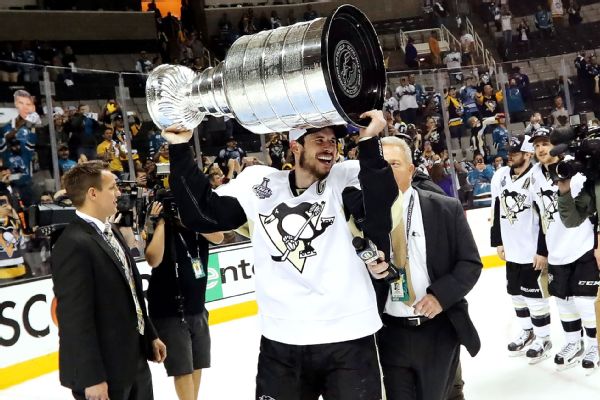 The two-time MVP and reigning Conn Smythe Trophy winner hasn't played since sustaining a concussion in practice earlier this month. Crosby returned to practice on Monday and participated in Pittsburgh's game-day skate on Tuesday morning.

Crosby had described himself as a "game-time" decision and called his participation in a full-contact practice on Monday as a major milestone in his recovery.

"Ultimately to get to that step yesterday of having contact, you have to be symptom-free and that's been the case," Crosby said.

Crosby missed the better part of two seasons after sustaining a concussion in January 2011. He stressed he didn't panic when doctors told him of the latest diagnosis.

The Penguins are off to a 3-2-1 start with Crosby out of the lineup.