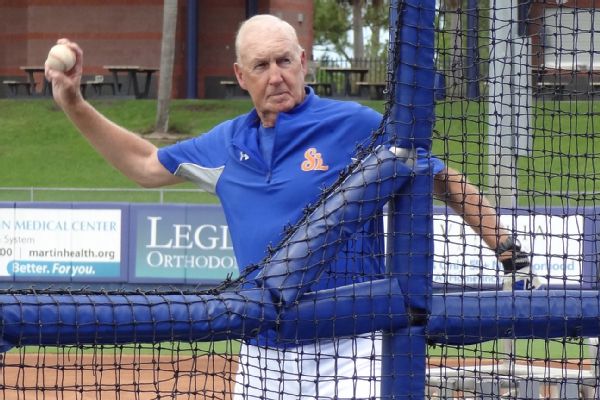 NEW YORK -- On the second day of his life as an octogenarian, former big league pitcher Phil Regan walked out to the infield and threw batting practice for the New York Mets.

On a brisk afternoon before Friday night's game against the Miami Marlins, Regan took his tosses from about 30 feet, just like the other BP pitchers.

Regan had been talking about his goal for a year at the team's spring training complex in Port St. Lucie, Florida.

Regan, 96-81 during 13 big league seasons, is in his ninth season with the Mets and is their assistant minor league pitching coordinator. He turned 80 on Thursday and had planned to throw BP to minor leaguers at Port St. Lucie. His plan changed at about 7:30 p.m. Wednesday when he picked up his phone and Brian Small, the Mets' manager of team travel, was on the line.

"Hey, can you catch a plane up here tomorrow morning?" Regan remembered Small asking him.

Regan joked about the zip on his fastball.

"I never had an arm problem when I was pitching. My last year with the Cubs, I thought I still was throwing pretty good, but they started hitting the ball. I was making good pitches but wasn't getting anybody out," he said.