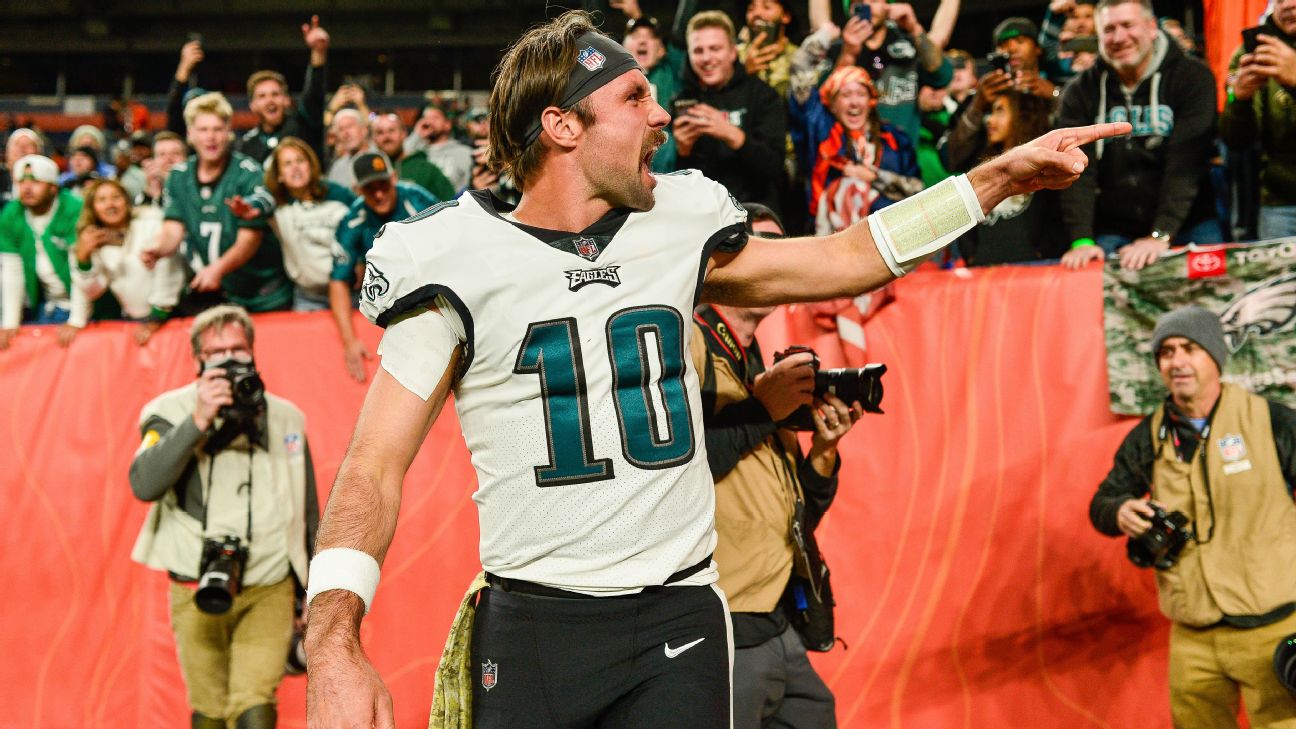 EAST RUTHERFORD, N.J. -- Gardner Minshewstarted at quarterback for the Philadelphia Eagles in Sunday's game against the New York Jets in place of the injured Jalen Hurts.

Hurts was inactive for the game.


Minshew threw just one incomplete pass in the first half Sunday, completing 14 of 15 pass attempts for 188 yards and two touchdowns -- both to tight end Dallas Goedert. The Eagles led the Jets 24-18 at halftime.

Hurts sprained his left ankle in the second half against the New York Giants when he was stepped on. He finished the game but was limping noticeably at times.

Earlier this week, Hurts declared that he would be "ready to go" for the Jets game.

"You guys obviously know I'm dealing with a little something, but it's business as usual," he said.


Minshew, however, got the lion's share of snaps during practice Thursday and Friday.

Hurts is expected to remain the Eagles' starter regardless of how Minshew plays, sources said. He has completed 60.1% of his passes through 12 games for 2,435 yards with 13 touchdowns and eight interceptions while racking up 695 yards and eight touchdowns on the ground. Hurts is coming off arguably his worst start as a pro, throwing a career-high three interceptions in a 13-7 loss to the Giants.

The Eagles acquired Minshew for a conditional 2022 sixth-round pick in late August. He has appeared in one game this season, going 2-for-2 for 11 yards in the closing minutes of a blowout win over the Detroit Lions. Minshew, 25, started 24 games over two seasons in Jacksonville, completing 62.9% of his throws for 5,530 yards with 37 touchdowns and 11 interceptions.