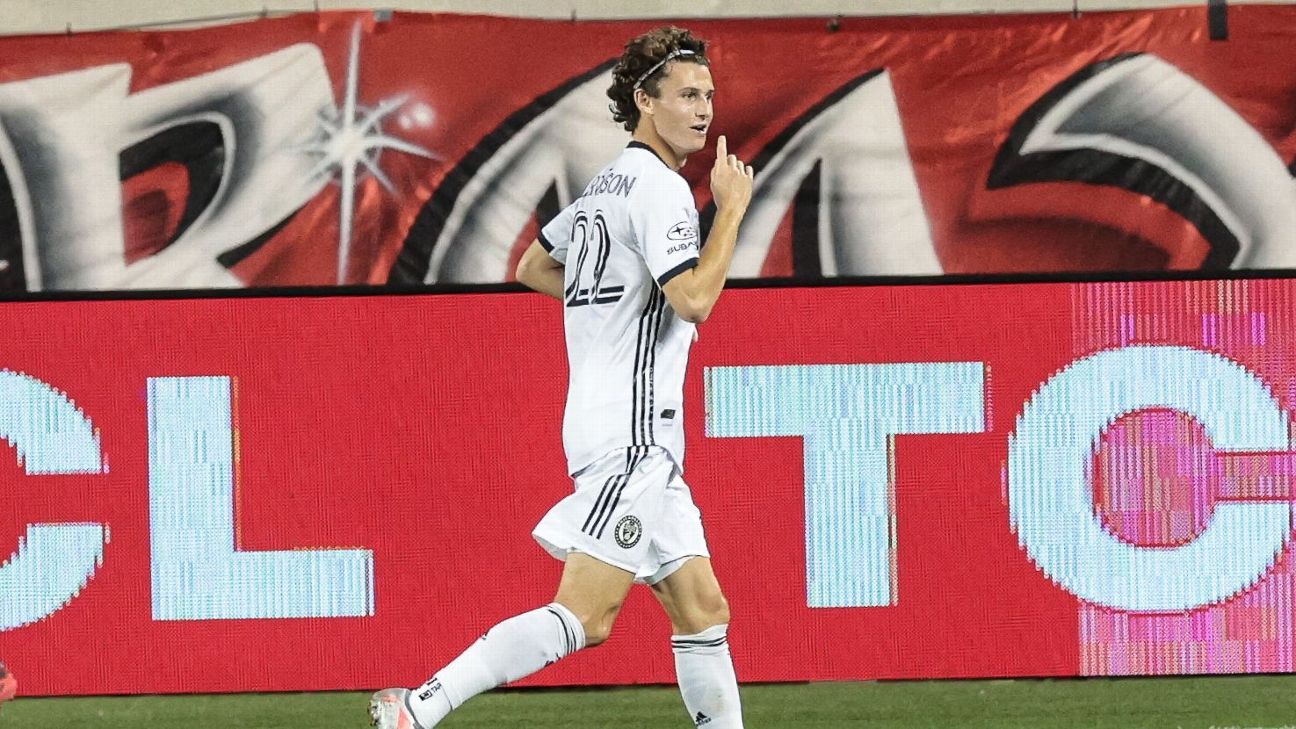 Brenden Aaronson, Kacper Przybylko and Matt Real each scored goals, and Philadelphia's defense didn't allow a shot on target as the visiting Union defeated the reeling New York Red Bulls 3-0 on Sunday in an Eastern Conference matchup at Harrison, N.J.

The victory put Philadelphia back on the winning track after a loss at Columbus on Wednesday.


The Union has won five of their eight regular-season matches (with two draws) since the MLS's restart in July. Philadelphia has beaten the Red Bulls twice in the past 12 days, including a win over New York at home on Aug. 25.

Aaronson put the Union on top in the 36th minute when he took a centering pass from near the right sideline by Alejandro Bedoya and curled a right-footed shot high inside the left post past Red Bulls goalkeeper Ryan Meara for his third goal of the season. Andrew Wooten also was granted an assist for the initial pass on Aaronson's goal.

Przybylko added to the Union's lead in the 68th minute, converting a centering pass from Wooten into an easy goal after a stirring run into the area by Bedoya.


Real capped the scoring 10 minutes later with a blistering right-footer on a pass from Ilsinho after a Red Bulls turnover.

Andrew Blake was credited with the shutout, his fourth in 10 games this season and 34th in his seven-year MLS career, all without needing to make a save.

The Red Bulls pressed the action early in the second half and had an excellent chance to tie the game in the 60th minute but failed when Tom Barlow's left-footed shot from the center of the box missed wide left. 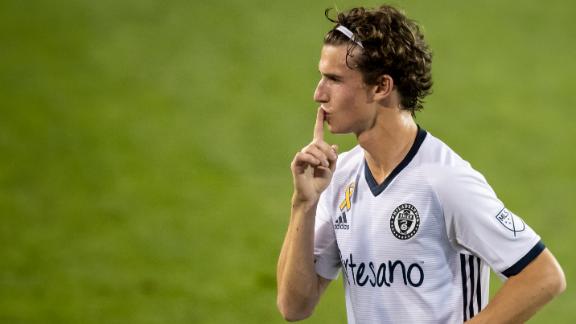