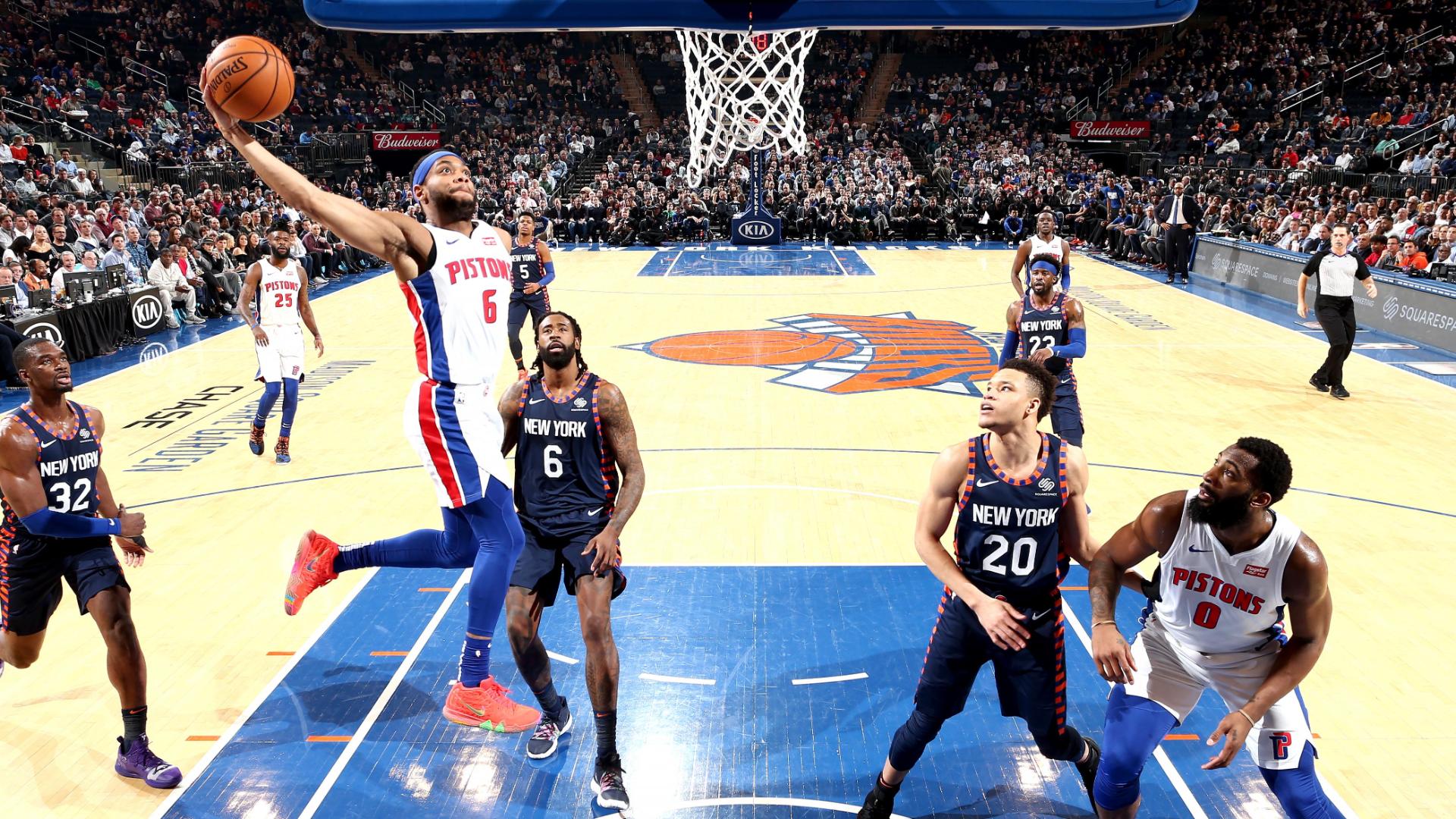 The Detroit Pistons have spent the past two months floundering, and while they are not currently in a playoff position in the Eastern Conference, they are not far behind.

After their most dominant showing of the season, the Pistons hope back-to-back games against the league-worst New York Knicks can improve things slightly.

The Knicks haven't won at Madison Square Garden since a 136-134 overtime victory against the Milwaukee Bucks on Dec. 1.

Detroit heads to New York after a 129-103 home win over the Denver Nuggets on Monday. Two days after blowing a 25-point and losing to the Los Angeles Clippers, the Pistons set season highs by shooting 54.5 percent and handing out 32 assists. They moved within 1 1/2 games of the eighth-place Miami Heat in the East.

"The past two games we've played 6 1/2 good quarters of basketball. That's encouraging, and that's what I'm going to keep looking at."

New York is looking to end a stretch of poor play that has resulted in 26 losses in the past 28 games overall. The Knicks' only wins since Dec. 1 are a 126-124 overtime decision at Charlotte on Dec. 14 and a 119-112 road victory over the Los Angeles Lakers on Jan. 4.

New York has the 14th skid in NBA history of at least 14 home losses. The league record of 19 consecutive home defeats set by the 1993-94 Dallas Mavericks.

The Knicks' overall losing skid, the third-longest in team history, continued Sunday with a 96-84 loss to the Memphis Grizzlies. Sunday marked the sixth straight game the Knicks were held under 100 points, and New York shot just 38.4 percent from the floor.

New York will play its last game before the Thursday trade deadline and its third since trading Kristaps Porzingis and three other players to Dallas for Dennis Smith Jr., DeAndre Jordan and Wesley Matthews.

All three players appeared Sunday, with Smith and Jordan in the starting lineup. Jordan collected 12 points and 12 rebounds in 29 minutes, Smith scored eight points, and Matthews finished with five points.

While Smith is on his rookie contract after being picked No. 9 overall in 2017, Jordan and Matthews are expiring contracts and are seen as trade candidates by Thursday or buyout candidates by March 1.

"Both of those guys have played some (playoff) series on some really good basketball teams," Knicks coach David Fizdale said of Jordan and Matthews. "And who knows what the future holds for these guys? They're ours now, free agents at the end of the year, but who knows. I want them to come here and enjoy the process with us and really help the young guys."