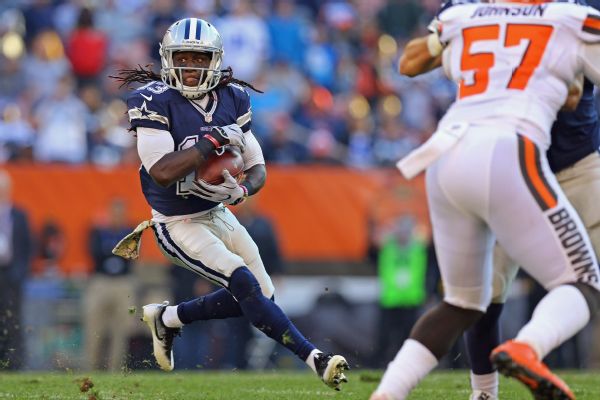 ESPN
Police have identified the man they say impersonated wide receiver Lucky Whitehead and have issued a warrant for his arrest.

Prince William County police originally identified Whitehead as the man they arrested for taking items from a Wawa on June 22 without paying. He was charged with shoplifting/petit larceny -- under $200, a misdemeanor -- and then failure to appear after a missed arraignment on July 6.

However, Whitehead denied any involvement in the incident when it became public late last month, and his agent cited evidence that he wasn't in Virginia when it occurred.

Police subsequently confirmed the man they arrested was not Whitehead. Police said the man they arrested didn't have identification and had verbally provided the name, date of birth and Social Security number of Rodney Darnell Whitehead Jr. to police officers, who checked the information through the Virginia Department of Motor Vehicles database.

Whitehead, 25, was released by the Dallas Cowboys before police confirmed the misidentification. The New York Jets later claimed him.

Whitehead also had made headlines the previous week when he announced on social media that his dog, Blitz, was kidnapped and being held for ransom. He later announced on social media that the dog had been returned unharmed.
Report a correction or typo
Related topics:
sportsespnidentity theftlucky whiteheadimpostershopliftingdeyvon newmannew york jetsnflimpersonator
Copyright © 2020 ESPN Internet Ventures. All rights reserved.
More Videos
From CNN Newsource affiliates
TOP STORIES