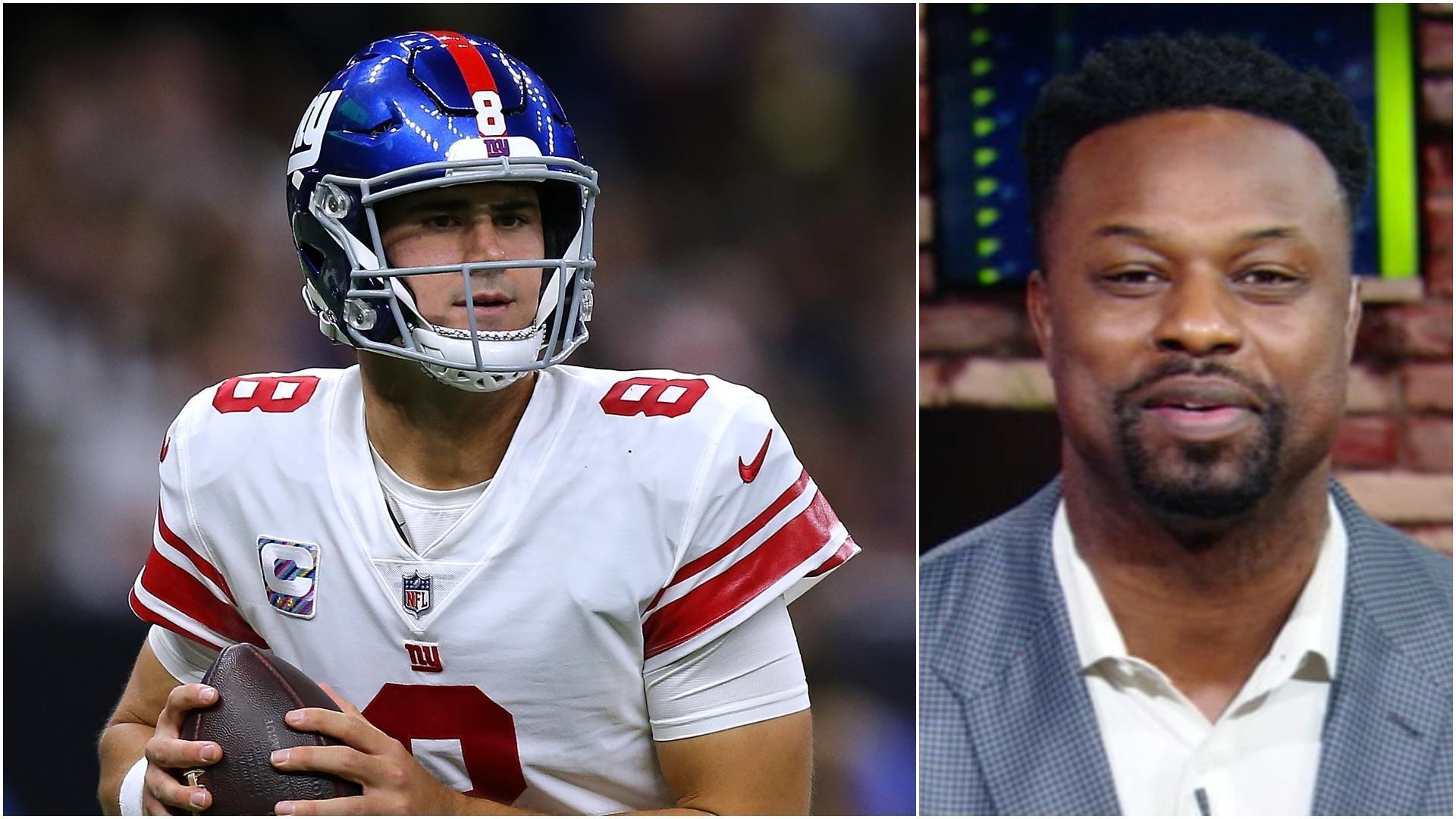 The NFL didn't do Dallas quarterback Dak Prescott any favors sending the New York Giants to the $1.2 billion home of the Cowboys in Week 5. As a result, the setting Sunday will be a repeat almost a year to the day since the severe ankle injury that ended his 2020 season.


"I'm not going to be nave and say I'm not going to think about it," Prescott said. "I think just more than anything it'll just be gratitude and just thinking about how much of a blessing the last 364 days have been of going through that and overcoming that and becoming as I continue to say a better person and a better player."

When Prescott's lower right leg snapped while being tackled by cornerback Logan Ryan last Oct. 11 at AT&T Stadium, New York running back Saquon Barkley had already been sidelined three weeks since tearing the anterior cruciate ligament in his right knee.

Don't count out Barkley in the Comeback Player of the Year race, particularly after his first game of 100-plus scrimmage yards since his return. Barkley had 126 yards and the winning touchdown in a 27-21 overtime victory against New Orleans, the first for the Giants (1-3).

"We saw some of the plays that he's made throughout his career in the early part of the season, but that game the other day, you saw exactly what you said," Giants offensive coordinator and former Dallas coach Jason Garrett said. "You saw him make some great space plays, but also some tough runs inside."

The Cowboys (3-1), wrapping up a three-game homestand with the second NFC East opponent in that stretch, have been rolling since a last-second loss to defending Super Bowl champion Tampa Bay, thanks in large part of Prescott's precision control of one of the NFL's best offenses in his return from the compound fracture and dislocation of his ankle.

"I think when you talk about their offense, you can go ahead and just spin a wheel," Giants coach Joe Judge said. "There's a weapon at every turn, so you can't focus on one guy. You've got to play good, sound defense as a team and work hard to get them off the field, and that's easier said than done."

The first question from reporters for Prescott this week was obviously about the anniversary of the injury. Before the question was even finished, a gust of wind sent the sponsor backdrop toppling toward him.


"That was the omen," Prescott said with a smile. "Don't even ask it. We're already past it."

Of course, there were plenty more questions, from how often he looks at the pair of scars from the two surgeries, to the fact that he fast-forwards past the moment of the injury, to how much he has altered his running style ("Get what I need to and get down and get out of bounds," he said).

"At this point, I feel like I've healed well," Prescott said. "The scars are pretty. I've got a bunch of them and they mean something and they remind me. As I've said, it's really what I'm thankful for is the person that I've become after the scar I have."

It's a return to the scene for the New York cornerback as well. Prescott tried for a stiff-arm as Ryan tackled the quarterback in the open field. He has frequently called it "just a freakish play." Dallas went on to win the game 37-34.

"It was a tackle I've made over 500 times in my career and that one just felt different," Ryan said.

Prescott has credited Ryan for the way he reached out after the injury. Ryan joked that he wouldn't mind an acknowledgement on the field.

"Yeah, he can throw the ball right to me on the first play and we'll call it a truce and we're good to go," Ryan said with a laugh. "Then we can kick the game off, and they'll be down 7-0."

The No. 2 overall pick from 2018 is a lot more than a running back. Barkley's 163 catches rank eighth overall in the period since he was drafted. His 1,349 yards receiving are the seventh most by a running back in that span and his average of 38.5 yards is fifth best among halfbacks.

Barkley showed off his pass catching skills against the Saints with a 54-yard catch and run for a touchdown from Daniel Jones, who had a career-high 402 yards passing. The game-winner in OT was on a 6-yard run.

Coming off last year's ACL injury, Barkley is finding running the ball tougher. He has gained 186 yards on 52 carries. It's a 3.6 yard average, but it includes runs of 41, 15 and 17 yards. Take those away and he has 113 yards on 49 attempts, a poor 2.3 yard average. Part of the blame for that is the O-line has been inconsistent running the ball.

For the first time this season, the Giants plan to start the same offensive line from the previous week. In each of the first four games, the left guard has been different.

Shane Lemieux aggravated a knee injury in the opener and was put on injured reserve. Nick Gates moved from center to left guard for the Washington game and broke his leg. Ben Bredeson started against Atlanta and hurt his hand. Matt Skura got the start against New Orleans and survived.