Publicist: Alex Rodriguez won't play for another team in 2016 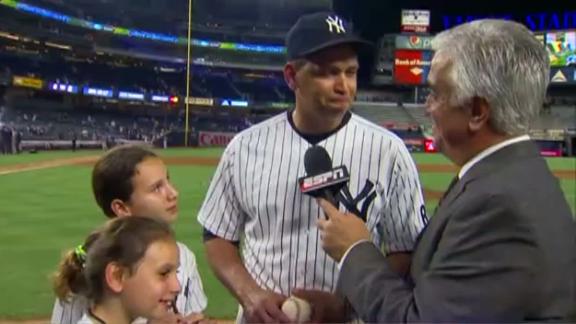 Alex Rodriguez's publicist ended speculation that the former New York Yankees slugger might play for another team this season, saying "it's not happening."

Ron Berkowitz released a statement Monday afternoon, two days after Rodriguez was released by the Yankees.

"I want to put all this talk to rest about Alex playing for any team this season. It's not happening," Berkowitz said in the statement. "Like he said Friday night, he is happy and he is going to take some time to relax and hang with his family and friends."

Rodriguez played his final game with the Yankees on Friday night in New York and was released the following morning. The Yankees announced that Rodriguez would move into a role as an adviser and instructor within the organization, but the three-time American League MVP technically is a free agent and can sign with any club.

Berkowitz did not indicate whether Rodriguez would consider making a comeback in 2017.

The Miami Marlins, Rodriguez's hometown team, acknowledged Sunday that they had considered reaching out to the 41-year-old.

"We're going to look at everything," Marlins president Mike Hill said. "There has been information out there about his situation. I have no idea what his interest level is to continue playing. He has something set up to move into the Yankees front office; I don't know where his head is on that."

Rodriguez, who grew up in South Florida and still lives there, was batting .200 this season, but he had 33 homers and 86 RBIs last season.