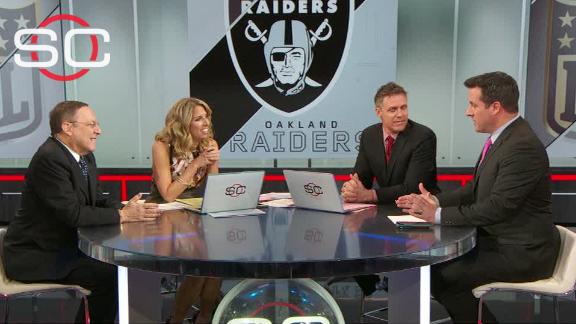 ALAMEDA, Calif. -- Las Vegas Sands chairman and CEO Sheldon Adelson wants to build a $1 billion domed stadium on the UNLVcampus and is meeting with the owner of the Oakland Raiders, company officials confirmed Thursday.

The Sands Corp. announced that it was lending its support behind a public-private partnership to build a 65,000-seat, domed stadium on a vacant 42 acres of land recently purchased by UNLV near the corner of Tropicana Avenue and Koval Lane across from McCarran International Airport.

Adelson has scheduled a Friday meeting in Las Vegas with Raiders owner Mark Davis. Sands spokesman Ron Reese didn't elaborate on the nature of their discussions, and the Raiders declined to directly address the meeting.

"In typical Raider fashion," Davis said with a laugh over the phone from the Bay Area, "I can neither confirm nor deny."

UNLV president Len Jessup wrote in a confidential memo leaked earlier Thursday that representatives of the Raiders will be in Las Vegas on Friday to check out potential stadium sites.

"Correspondingly, the Sands leadership team let us know that officials from the Oakland Raiders are scheduled to travel to Las Vegas and tour locations around the valley for a potential new home, and they have asked us to meet them at our 42-acre site on Friday morning to answer questions about that site," Jessup wrote in the memo, which was reported earlier by Nevada political reporter Jon Ralston.

UNLV is looking for a new home for its football program, which has played at 35,500-seat Sam Boyd Stadium some nine miles from campus on the eastern edge of the city since 1971.

According to the Las Vegas Review-Journal, Los Angeles-based Majestic Realty Co. and UNLV are involved in the conceptual plans, and Las Vegas Sands senior vice president of government relations and community development Andy Abboud said the project would be a "public-private" partnership, with the Sands or the Adelson family contributing a large portion of the financing.

"He said the casino company, which operates the Venetian and Palazzo [casinos], as well as casinos in Macau, Singapore and Pennsylvania, could also raise financing for the project," the Review-Journal reported.

"We have a nice stadium now; the location is just a little further out," said Sanchez, who grew up a die-hard Raiders fan in the Bay Area. "To have something on campus, right in the heart of Las Vegas, would change the entire game-day atmosphere. We're right near the Strip. People can walk or take public transportation. It would be a great addition for the city."

Davis has long stated that remaining in Oakland is his primary goal, but after being rebuffed in an attempt to move to Los Angeles and join the Chargers in a joint-stadium project in nearby Carson, the Raiders do not have a lease for a home stadium for the 2016 season. They do have the option to join the Rams in Inglewood should the Chargers decline.

It is expected that the Raiders will play at least the 2016 season in Oakland. They also have been linked to San Diego, should the Chargers go to Los Angeles, for the following years as well as to San Antonio.

The NFL has had a hard line against Las Vegas, and it is hard to see the league signing off on allowing a team to relocate to the gambling capital of the country. The NFL did not respond immediately to a request for comment.

Las Vegas has chased a major league franchise for almost two decades, including MLB and NBA teams. The city appears close to getting an NHL team in under-construction T-Mobile Arena between the New York-New York and Monte Carlo casinos.The ambitious 20,000-seat T-Mobile Arena, set to open in April, was privately funded by casino company MGM, a Las Vegas Sands competitor.

And while Las Vegas might be a relatively small media market at No. 41 nationally, it is bigger than four other current NFL markets in Jacksonville (No. 48), New Orleans (No. 51), Buffalo (No. 52) and Green Bay (No. 68), per last year's Nielsen data.

Support from Adelson, who has consistently ranked as one of the world's richest people, could mean a better fate for the latest proposal.

"Projects like this need a lot of very, very strong leadership, a lot of conviction, a lot of focus and great resources,'' said Craig Cavileer of Majestic Realty, the project's development partner. "Certainly, Sheldon and his team have proved time and time again that they produce great projects."

Information from ESPN's Kyle Bonagura and The Associated Press was used in this report. 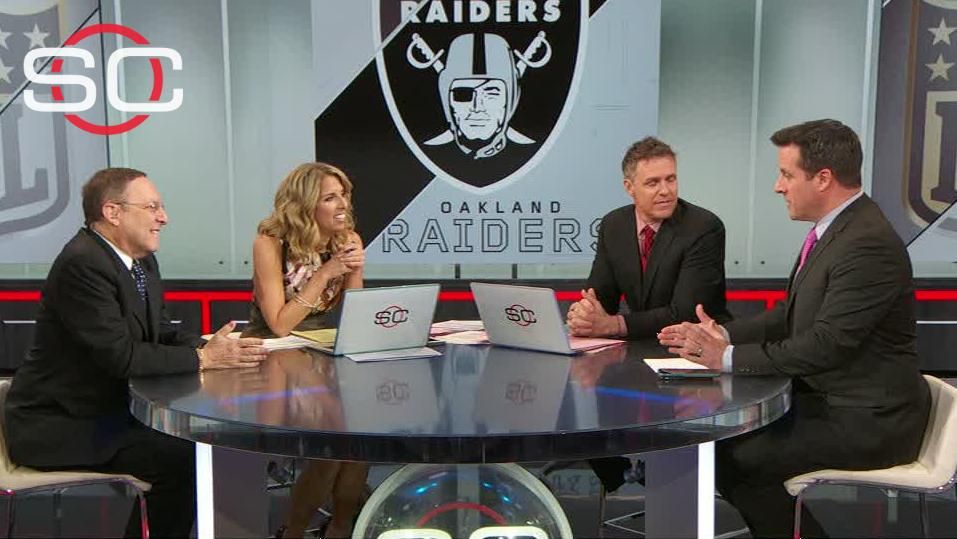 Vegas not likely for Raiders, or anything NFL
Dan Graziano and Joe Banner explain why "it's nearly impossible" that the Raiders move to Las Vegas.