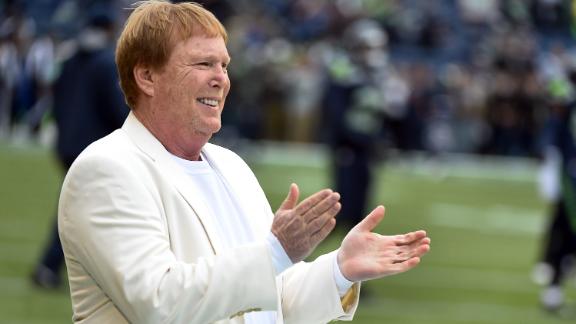 Raiders owner Mark Davis is getting ready to make bold moves and spend big money to help restore Oakland to the winning ways it once knew, and general manager Reggie McKenzie could be a casualty of the overhaul, multiple league sources told ESPN NFL Insider Adam Schefter.

Davis also has a hole to fill at head coach after Dennis Allen was fired after an 0-4 start. Tony Sparano is acting as interim coach.

On his road trips this season, Davis has been meeting with former Raiders and people not connected to Oakland's front office, gleaning insight and tips about ways to improve his franchise, sources said.

Oakland is 2-11 overall, but both wins have come since Sparano took over. The highlight of Oakland's season came earlier this month with a convincing, 24-13 home win over Bay Area rival San Francisco. Sparano received a Gatorade bath from his players.

After the game, Sparano, who was the offensive line coach under Allen and who still keeps that role, sidestepped questions about whether he wants to return, saying it isn't his question to answer. But he made his point clear.

"I was given a job to do several weeks ago, trying to do the job the way that I know how to do the job, and I know, I said this after the game yesterday, too, I know where our players are," Sparano said. "I know what they think and I know how they respond. I can tell by their response, so I feel really good about where we are right now. I love this group of guys and I like coaching them and I love this team, so, that's all I'll say to you."