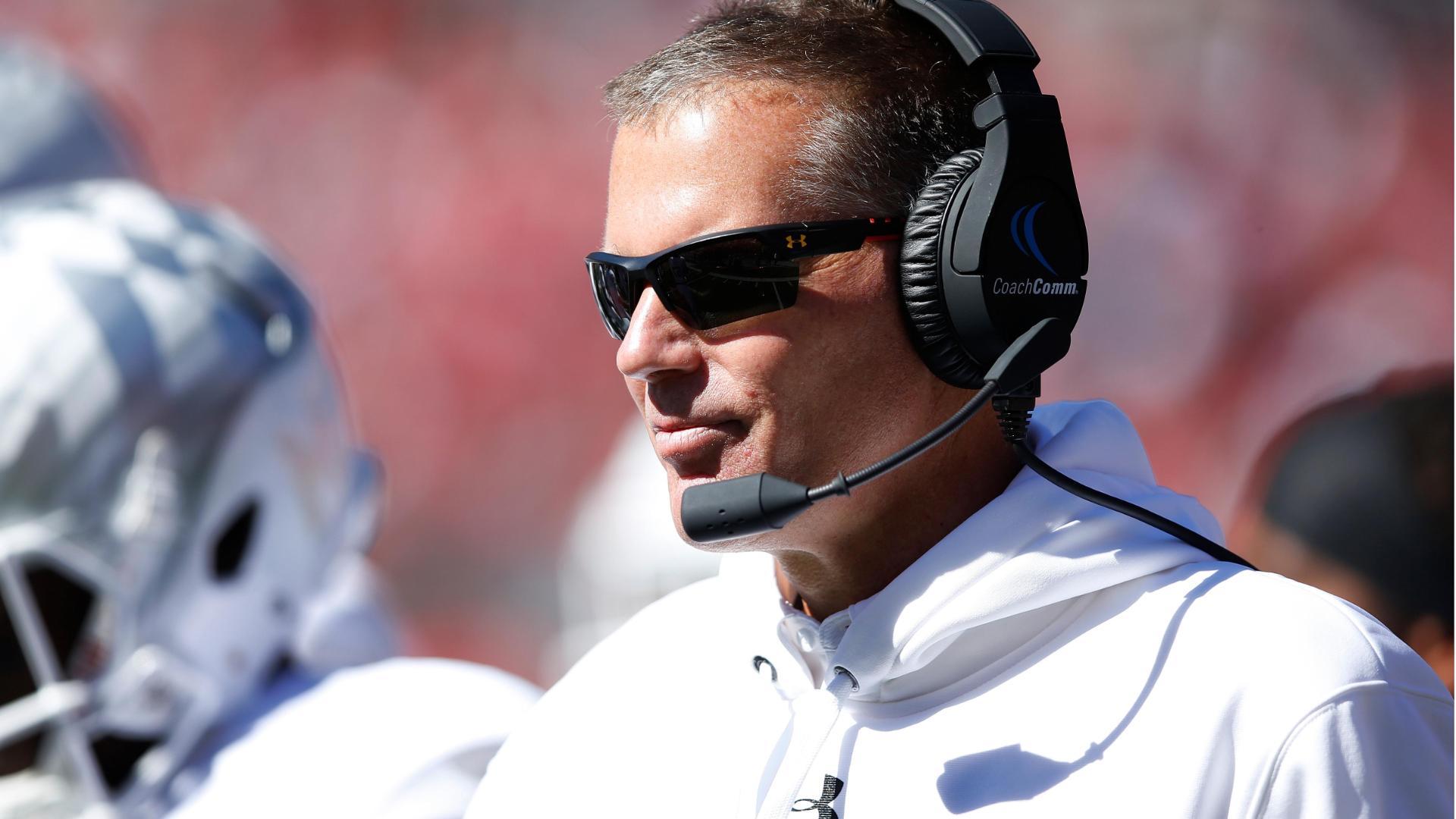 After days of rumors and speculation, Marylandfootball coach Randy Edsall was fired Sunday after the Terrapins' third straight loss by at least three touchdowns.

"We appreciate Randy's tireless commitment to the University of Maryland," athletic director Kevin Anderson said in a statement. "This was a difficult decision, but ultimately this is the best course of action for our football program moving forward."

The move had been anticipated since reports came out last week that Edsall would be removed before the 2016 season.Maryland's lackluster performance created rumblings among many of the alumni and boosters who are being counted on to help fund a new indoor football facility that will cost a projected $155 million to build.

"This morning, when I woke up, I had made my decision. I hadn't made a decision until this morning," Anderson said in a news conference Sunday. "It started back in the second game of the season when we looked back how we played and there were just some questions.

"And as we progressed -- or did not show signs of progress in the way that we were losing -- [that] really brought this to my attention that it might need to be addressed."

Maryland (2-4, 0-2 Big Ten) has been outscored 122-34 during its three-game losing streak. Including an earlier defeat against Bowling Green, Maryland's four losses have come by an average of four touchdowns.

"Over the past two years, we had shown improvement and gone on to two bowl games. But over the last six games, we have a significant setback, and that's why I made my decision," Anderson said.

Offensive coordinator Mike Locksley will serve as the interim head coach.Locksley has been with the Terrapins since 2012. He also coached at Maryland from 1997 to 2002.

"I can tell you that we are all committed to finishing the job that we started six weeks ago," Locksley said.

Locksley, who has a career coaching record of 2-26 from three seasons at New Mexico, will make his debut againstPenn State in Baltimore on Oct. 24 after a bye week.

"The big thing is, obviously change is tough," Locksley said. "And as we told [the players], there's two things we can do with change: We can dwell on it, or we can move forward. And as a team and as a program, we made the decision to move forward."

Edsall leaves Maryland after going 22-34 there. Maryland was 0-12 against ranked opponents under Edsall, and only two of the 12 games were decided by single digits.

He had praised his players for handling the distractions about the coach's job status well and competing into the second half with top-ranked Ohio State before ultimately falling 49-28 in another lopsided conference loss.

Edsall was in the fifth year of his original six-year, $10 million deal. He received a three-year extension in July, but just $500,000 of the $7.5 million extension was guaranteed.

The 57-year-old Edsall replaced Ralph Friedgen at Maryland after going 74-70 in 12 years at Connecticut.

After becoming the 34th coach in Maryland football history, Edsall immediately instituted a strict regimen of rules at the school -- including the banning of ball caps, do-rags and earrings in the football house. He also ordered that names be removed from the back of game-day jerseys.

He backed off after a difficult first season in which Maryland lost its final eight games and went 1-7 in the ACC.

Although the Terrapins have struggled on the field under Edsall, their performance in the classroom improved dramatically. The football program's Athletic Progress Rate reached an all-time high in 2013-14, and 21 players earned a place on the All-Big Ten Academic Team last year.

Edsall replaced the popular Friedgen after taking Connecticut to the Fiesta Bowl in 2011. That culminated a successful run in which Edsall took the Huskies from the FCS level to FBS. He has the most wins for a head football coach in Connecticut history.

Less than two weeks before hiring Edsall, Anderson said on Dec. 20, 2010: "This was a good football team, and I believe it can be great. So we're going to bring the best person in here to get to that greatness and to sustain it."

Information from ESPN staff writers Josh Moyer and Austin Ward and The Associated Press contributed to this report. 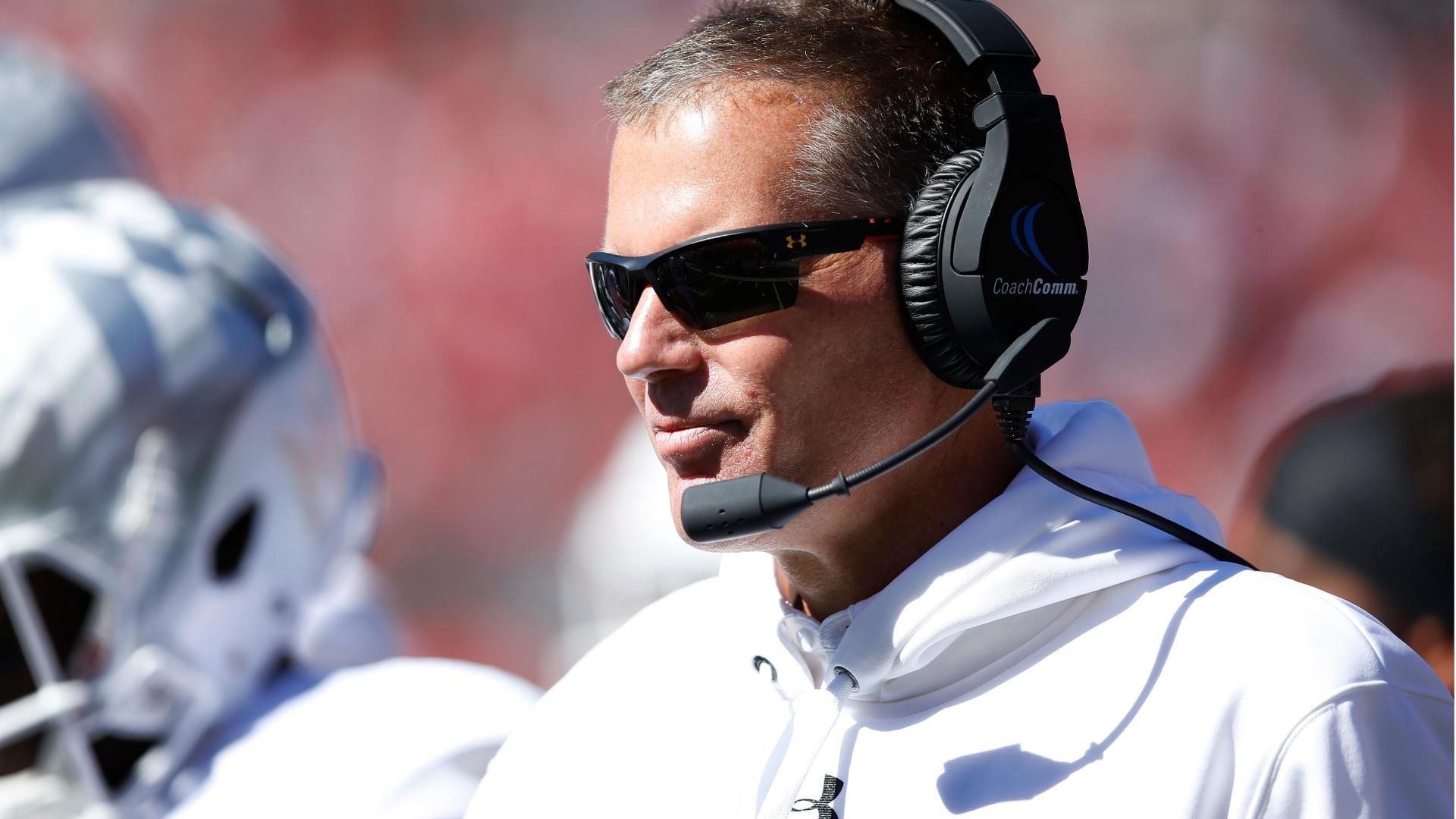