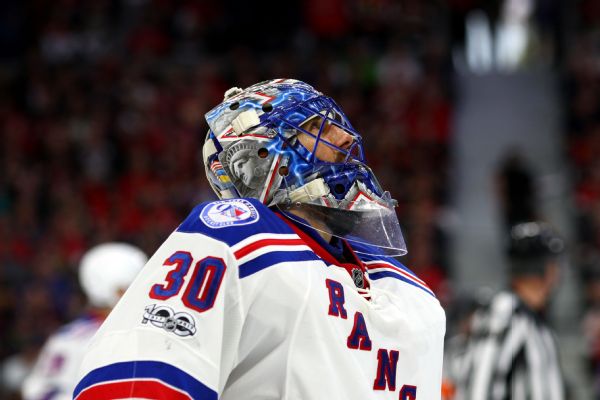 The Ottawa Senators beat the Rangers 4-2 in Game 6 of their second-round series Tuesday, meaning that the 35-year-old Lundqvist is free to join the national team in Cologne -- the German city co-hosting the world championships with Paris.

Nine-time world champion Sweden won 2-0 against previously unbeaten Latvia on Thursday and is in fourth place in Group A, with two wins and two defeats -- one of those in a shootout -- for seven points.

The Swedes will be confident of further wins against last-place Italy on Friday and next-to-last Denmark on Sunday.

It was not immediately clear when Lundqvist will be available to play.

But he is set to play for the first time in a top-level senior international event with his twin brother,Joel Lundqvist, who is Sweden's captain and plays forward. The last time they played together internationally was at the 2002 junior worlds.

Henrik Lundqvist, a former Vezina Trophy winner in the NHL, will be playing in the world championships for the fifth time and has silver medals from 2003 and 2004.

He represented Sweden at three Olympic Winter Games, leading Tre Kronor to Olympic gold in Turin 2006 and to a silver medal in Sochi three years ago -- where he was voted onto the all-star team.