Ranking the biggest stars in the next three free-agent classes 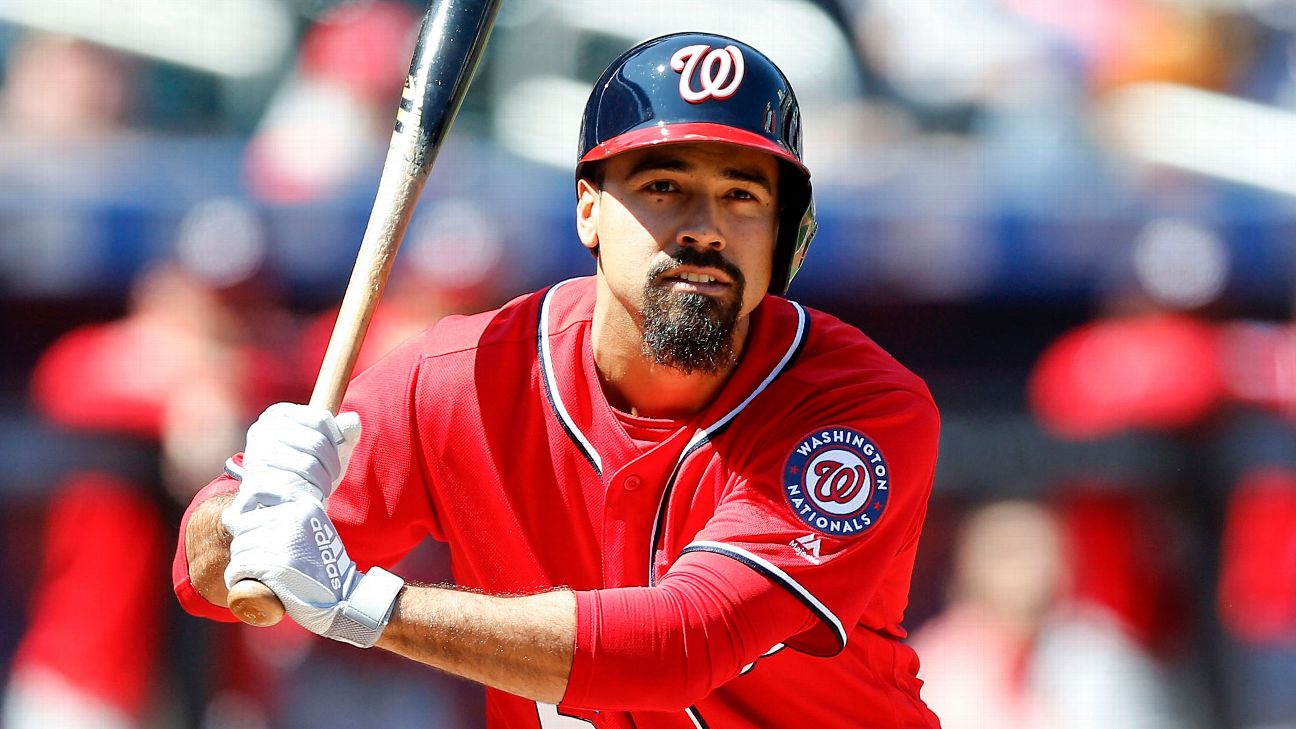 Free agency might or might not be alive and well, and that might have spurred the recent run of long-term contract extensions. Travis Sawchik examined the spike of signings at FiveThirtyEight and reported that March saw not only the highest dollar amount in extensions ever for one month (over $1 billion), but the most total years as well (58). That doesn't even include Ronald Acuna Jr. and Ozzie Albies, who signed their recent extensions in April.

For teams that cleared future money off their books in anticipation of spending more in free agency in upcoming seasons, losing the likes of Nolan Arenado, Aaron Nola, Luis Severino, Chris Sale, Xander Bogaerts, Justin Verlander and others as potential targets obviously changes the landscape. That doesn't mean future free-agent classes will be devoid of talent, however. Let's examine what the next groups look like, focusing on the current top 10 for each class ... and wait until you see who might be available in the 2021-22 offseason.

As cold as the free-agent market was this past offseason, there should be vast interest in Cole, who turned the corner last season with the Astros as he started relying more on his explosive four-seamer up in the zone and less on the two-seamer the Pirates preferred he throw. That took his game to a new level, as his strikeout rate jumped from 8.4 per nine innings with Pittsburgh to 12.5 the past season-plus with Houston.

Cole grew up in Southern California and went to UCLA, so going to the Dodgers or Angels would be a homecoming of sorts. The Dodgers haven't signed a $100 million free agent under Andrew Friedman, but Cole could be an exception, giving them another ace in a rotation that currently has depth but lacks a workhorse at the top given Clayton Kershaw's limitations and health concerns. Cole is better than Patrick Corbin, who signed a six-year, $140 million deal with the Nationals (although it was heavily backloaded, lowering the present-day value of the contract) and younger than Yu Darvish was when he signed his six-year, $126 million deal with the Cubs.

Since his breakout season in 2014, Rendon has arguably outperformed his more famous former teammate:

Will Rendon get $300 million, then? No, he's older and he doesn't have that monster upside (or marketability) that Harper possesses. If he doesn't re-sign with the Nationals, he'll also face some of the same obstacles that Manny Machado faced in that third base is pretty stacked right now and most of the best teams are set at the hot corner. The Rangers are an interesting team to watch as they move into Globe Life Field and could be active for a big free agent or two.

Bumgarner's career-worst ERA remains a 3.37 mark in 2012, so even though his stuff has ticked down a notch the past couple of seasons, he's still pretty good -- plus, given his history in the postseason spotlight, you know teams would want this guy on the mound in October. His ultimate demand and payout on the market will be determined by how he pitches this season, and he's off to a solid start, with a better strikeout rate than last season and an improvement from mixing in his changeup more often.

Teams also will have to evaluate how effective he'll be away from Oracle Park -- he has a 2.73 career ERA at home, 3.33 on the road. There are some similarities to Dallas Keuchel as a lefty without a blazing fastball, but Keuchel is a year older than Bumgarner will be this coming offseason, doesn't throw quite as hard and had some shoulder issues in his past.

Martinez would make $62.5 million if he remains with the Red Sox instead of opting out. It's a tough call on whether he'd do better than that as a free agent. On one hand, if he hits this season like he did in 2018, then the answer is probably yes, even though he'll be entering his age-32 season. He's clearly one of the best hitters in the league and doesn't appear to be slowing down, so even a five-year contract that takes him through his age-36 season could be possible.

The problem: the same one he faced a year ago. Teams prefer not to invest heavily in a designated hitter, even one this good. That would seem to eliminate National League teams from going after him (although the Giants could really use his bat and live with his defense). The Red Sox remain the best fit, even if he opts out and does a new deal.

Ozuna is a two-time All-Star, but his production has been all over the map. He had a big first half in 2016 but a poor second one; he had a monster season in 2017; he played through a shoulder issue in 2018 and his numbers dropped off. He's off to a big start in 2019. After investing heavily in Paul Goldschmidt and extending Matt Carpenter, the Cardinals might let Ozuna walk. He'd be a good fit for the Giants or a rebuilding club like the White Sox or Tigers that is desperate for a bat in the outfield.

He's sitting 96-98 mph with his fastball, and even though he'll be 30, all the injuries also mean he doesn't have that many innings on his arm, which could be a good thing, and maybe he's one of those guys who will be better in his 30s than his 20s. Assuming he starts throwing strikes again and stays healthy, there should be a lot of interest in Wheeler. He's similar to Nathan Eovaldi in a lot of ways -- big-time heater, Tommy John history -- and Eovaldi got four years, $68 million from the Red Sox.

Puig hit .305/.386/.502 his first two seasons and looked like a future star. Instead, he has settled into being a good-not-great player and is simultaneously overrated (not as good as his fame warrants) and underrated (better than the haters acknowledge even if he hasn't fulfilled that early potential). He has struggled against lefties the past couple of seasons but still averaged 3.2 WAR.

All that said: I don't think anybody has any idea what kind of market there will be for Puig. Some teams will dismiss him altogether because of all the extraneous baggage he comes with -- showing up late, showboating and so on. Some teams might see a bargain. He could return to L.A. (with the Angels) as a replacement for Kole Calhoun.

Davis has said multiple times that he wants to stay with Oakland, and given that he's a worse outfielder than Martinez and not the same level of all-around hitter, his market is even tougher to figure out. He's on his way to a fourth consecutive 40-homer season after a monster start to 2019, however, and that should earn him a multiyear deal from somebody. Heck, only 25 players in major league history have had four 40-homer seasons in their career.

You might think Hamels would be entering the one-year contract phase of his career, but J.A. Happ was entering his age-36 season this past offseason and got two years and $34 million from the Yankees (with a third-year vesting option). Hamels obviously has had the better career, but seems pretty comparable to Happ, depending on how 2019 plays out, of course. How about if Hamels replaces CC Sabathia with the Yankees or returns to the Phillies? One thing for sure: Hamels will want to sign with a contender, as his game seemed to amp up after going from the Rangers to the Cubs.

Donaldson signed a one-year deal with the Braves, betting on himself to bounce back after an injury-plagued 2018 campaign. The Braves do have prospect Austin Riley waiting in the wings (although he's off to bad start in Triple-A), so a return to Atlanta will be determined by Donaldson's production at the big league level, Riley's readiness for 2020 ... and the cheapness of the club's owners.

Gregorius could end up as a top-10 player if he shows he's healthy later this season from Tommy John surgery. ... Cervelli is an older catcher, but still productive, and with the state of catching, there will be a lot of interest in him. ... Given all the money the Red Sox have poured into other players already, they'll let Porcello walk. He has been terrible so far, with 22 hits and 12 walks in 11 innings.

Unable to strike a big deal last offseason, Grandal could go back to Milwaukee for $16 million. The Brewers probably will let Moustakas walk, as prospect Keston Hiura should be ready to take over second base.

I would expect all of these to be picked up, with the exception of Encarnacion and possibly Cruz's $12 million salary if Father Time finally catches up to him this season.

Arrieta's opt-out is an interesting one: If the Phillies don't exercise a two-year, $40 million option, he can opt out of the final year at $20 million.

With Mike Trout off the board, this class of free agents is a lot less interesting. Still, there's the guy who beat out Trout for MVP honors last year and a potentially strong group of starting pitchers.

Betts will be entering his age-28 season, two years older than Bryce Harper this year, but could command a similar contract if he stays close to his MVP level of play. ... Bauer said this offseason that he intends to maximize his earning potential by signing only one-year contracts. ... Simmons has quietly become a solid hitter to go with his Gold Glove defense. He'll be 31, but like Ozzie Smith and Omar Vizquel has the range and instincts (and arm) to remain at shortstop well into his 30s. ... Realmuto seems like a good candidate to sign an extension with the Phillies. ... The Astros tried to lure Springer into a long-term contract with a lowball offer before he even made his major league debut, so don't necessarily count on Springer staying with Houston. ... Paxton is older than you think and will be entering his age-32 season. ... Maybe Ray will learn to throw more strikes by 2021. ... Stroman has to bounce back from a rough 2018. ... Tanaka has been pitching since 2014 with a partial tear in his ulnar collateral ligament. ... Bradley will be 31 and he hasn't been able to replicate his 2016 offensive numbers, so a big deal rests on teams believing he can remain in center through his mid-30s.

Now this will be a winter of drama if all these players reach free agency. Just look at the shortstops. Then look at all the Cubs. Then check out the starting pitchers. Then check the expiration of the current collective bargaining agreement: Dec. 1, 2021. This could be a winter of chaos for the wrong reasons.

The Indians already have said they won't be able to afford Lindor, who seems like a clear bet to join the exclusive $300 million club. ... Hard to believe that Correa is still just 24. ... Will Bryant join his buddy Harper in Philly? ... Seager could move off shortstop and replace Justin Turner at third base by this stage in his career. ... The Mets signed Jacob deGrom to an extension and have plenty of time to do the same with Syndergaard. ... Baez is proving once again that he can put up big numbers despite his poor control of the strike zone. ... Story is a year older than Lindor and Seager and two years older than Correa. We'll have to see if he can match his 2018 season. ... Freeman is Mr. Consistency and will be 32 when he's eligible for free agency, but Paul Goldschmidt just signed a five-year, $130 million extension for his age-32 through age-36 seasons. ... I wouldn't bet against Scherzer still being one of the best pitchers in the game in 2021. ... Conforto will be 29 by this time. He has power and draws walks and could be on his way to some really good seasons the next three years with the Mets.