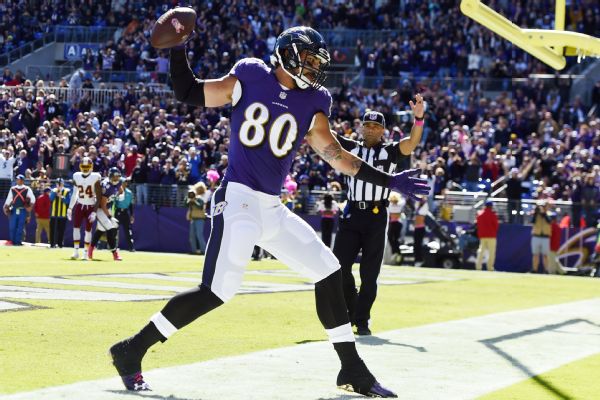 ESPN
By Jamison Hensley
OWINGS MILLS, Md. -- Baltimore Ravens tight end Crockett Gillmore was ruled out for the season after undergoing knee surgery, continuing what was already an injury-filled offseason.

Gillmore had his MCL repaired after landing awkwardly trying to make a catch in practice Friday. A third-round pick in 2014, Gillmore has missed 16 games over the last two seasons, which has limited him to 41 receptions over that span.

"It looks bad for Crockett, as far as coming back," coach John Harbaugh said Tuesday.

In addition to losing Pitta, the Ravens' tight end group also took a hit when Darren Waller was suspended for a year after violating the substance abuse policy.