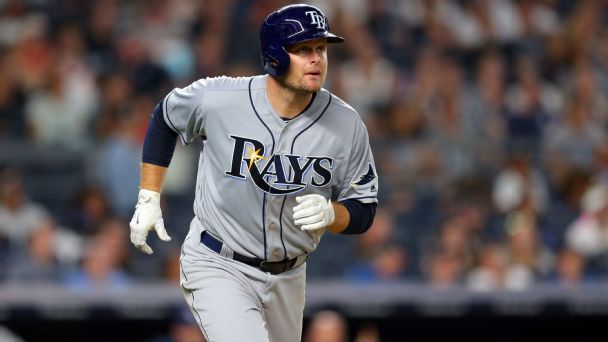 Turns out the Tampa Bay Rays aren't done making moves ahead of the trade deadline.

The Rays pulled off a blockbuster of sorts Sunday, acquiring the rights to the wefollowlucasduda Instagram account from New York Mets outfielder Curtis Granderson.

Negotiations with Granderson for the account began shortly after the Rays landed Duda in a trade with the Mets on Thursday. Duda homered in his debut with Tampa Bay on Friday, prompting discussions between the two sides. Things appear to have flowed smoothly, although it seems the "sting ray to be named later" from Granderson was a demand the Rays weren't quite willing to meet. However, the team didn't hesitate to hook up Granderson's charity, as requested.

It appears Rays reliever Sergio Romo hasn't wasted any time stepping up to handle the majority of the Duda following, as he has already posted two videos showcasing the 31-year-old's day-to-day activities with his new team.

The wefollowlucasduda account has been a hit among Mets fans since it's start during the team's 2015 World Series run, amassing more than 130,000 Instagram followers. While we're sure it couldn't have been easyfor Granderson to part ways with the account, at least the outfielder was assured that "undisclosed rights" would remain in the founders' possession.