Real or not? Why we expect more from Noah Syndergaard 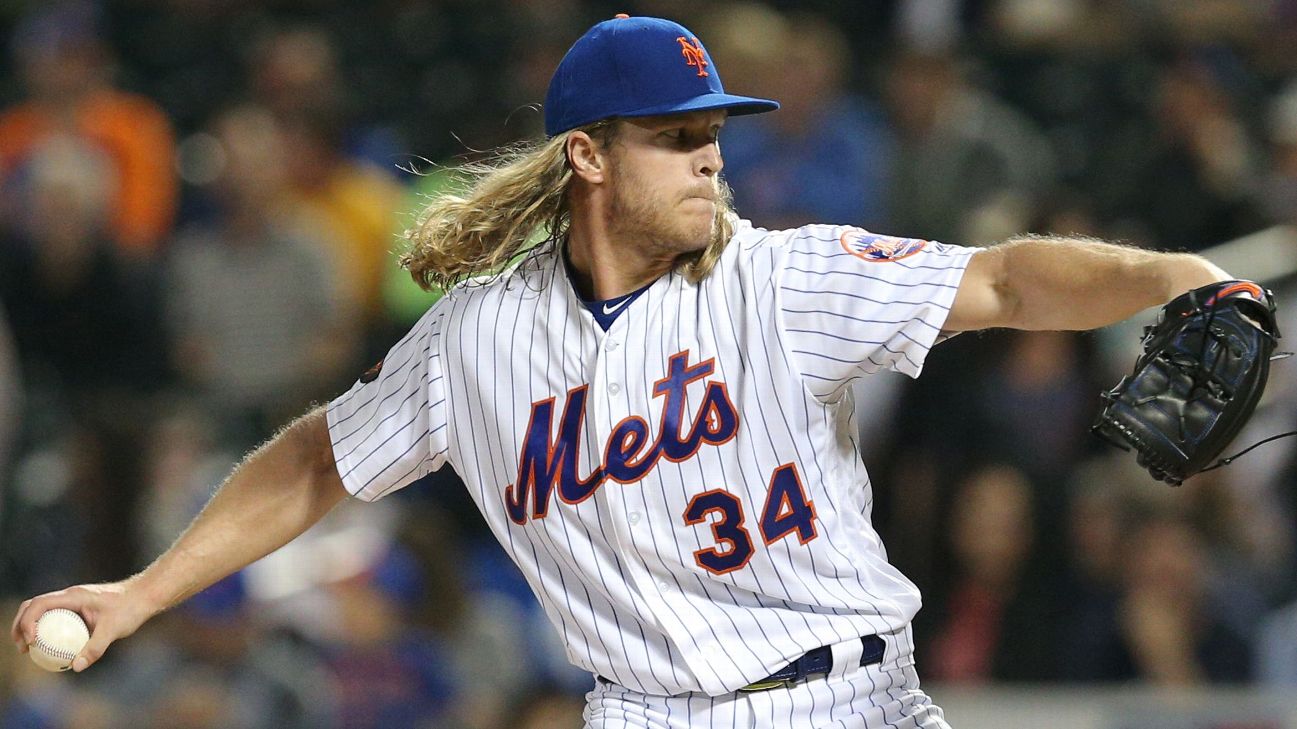 In one of the stranger comments of the season, Mets pitching coach Dave Eiland decided it was a good time to publicly criticize Noah Syndergaard. "I just don't know where the expectations came from," Eiland told the New York Post. "He's spent -- what? -- two-and-a-half years in the big leagues? So I don't know where all the expectations came from. I wasn't here for all that, but he has yet to do a whole lot at the major league level."

That must have been a fun day on New York sports radio. To be fair, Eiland wasn't really ripping into Syndergaard, but it came across as "this guy isn't all that," which is weird to say about a guy who helped pitch the Mets into the World Series in 2015 and had a 2.60 ERA in 2016 before missing most of 2017 because of an injury. Eiland later backtracked on his comments before Syndergaard's start Tuesday, saying, "I don't say anything publicly before I say it to them first. ... I didn't say he hasn't done anything. I said he hasn't done a whole lot."

OK, he's right about that. And he might be right about something else: the expectations -- and the hype -- exceeding the actual level of performance. Syndergaard is very good, but he's not quite at that level of Max Scherzer or Corey Kluber or Chris Sale, and he certainly hasn't been as good this season as Luis Severino, who is the best pitcher in the Big Apple right now.

Syndergaard wasn't anything special in the Mets' win over the Blue Jays, giving up only two runs but throwing 103 pitches in five innings. His ERA is a solid 3.14, but he's averaging less than six innings per start. He has given up 51 hits in 51 innings for a .254 batting average, which is higher than the overall MLB average.

Maybe that's at what Eiland is hinting: Why is a guy with Syndergaard's stuff hittable at times? Mets broadcaster Ron Darling addressed this at one point in the game. "We're talking about a pitcher with a simple, rhythmic motion that you can see where the ball is coming out from, and he doesn't walk anybody," Darling said. "So when you're at bat, you're never afraid of that ball being off the plate or a random ball not hitting a spot."

I think the primary issue is what Darling suggested: Even though Syndergaard is throwing in the upper 90s, hitters see his fastball, and it doesn't move a lot. He ranks 56th in swing-and-miss rate on his fastball, at 17.7 percent -- that's lower thanBartolo Colon's 17.9 percent miss rate.Jacob deGrom, by comparison, is sixth among starters, with a 33.5 percent miss rate on his fastball. Syndergaard is still good because he throws hard, and his breaking stuff is lethal, but for him to become a top-five starter, he has to figure out how to get more swing-and-misses with the fastball and start pitching deeper into games.

Justin Turner returns, but Dodgers lose again: Turner nearly homered in his first at-bat, but he flew out to the warning track and ended up going 1-for-4 as the Marlins beat the Dodgers 4-2 in Miami, handing the Dodgers their fifth loss in a row.

Mike alluded toA.J. Pollock's fractured thumb that could keep him out four-to-eight weeks. That should help the Dodgers, especially with Paul Goldschmidt having swing-and-miss issues and struggling at the plate. Many feel Turner is the heart and soul of the lineup, so he should help, assuming no lingering effects from the wrist injury. Even so, I'm not sure one guy can lift what looks more and more like a mediocre team.

Cleveland bullpen self-destructs again: The Indians led the Tigers 8-3 in the sixth inning ... and lost 9-8 after the Tigers scored five runs in the seventh. Andrew Miller came in when it was 8-6 and gave up an RBI double past Jose Ramirez, gave up another RBI double past Ramirez, got an out and then walked three guys in a row, including John Hicks with the bases loaded. I mean, no offense to the Tigers, but this lineup isn't exactly Lou Whitaker, Alan Trammell, Chet Lemon and Kirk Gibson. Here's the rally:

The Indians' bullpen now has a 5.73 ERA, worst in the majors. In the past five days, Cleveland has lost two games after leading by five runs -- after going 125-1 in those games from 2015 to 2017. Of course, the Indians are still in first place in the AL Central, even though they're a game under .500. The Tigers are 19-22 and only a game behind the Indians. Maybe we need a new rule: If you win a division but finish under .500, you don't go to the postseason.

For more on the Indians' problem in the pen, check out Travis Sawchik's Insider piece on MLB's biggest roster problems.

Five outs from perfection: The San Diego Padres are the only franchise to never pitch a no-hitter, but Jordan Lyles made a good run at it, retiring the first 22 batters he faced before Trevor Story lined an 0-1 slider into left field for a base hit in the eighth inning. Lyles faced one more batter before leaving in the 4-0 win over the Rockies, and he matched his career high with 10 strikeouts. Six of those strikeouts came on his curveball, which had late, sharp downward action on this day.

Do the Padres have something here? Lyles was making his second start of the season after pitching in relief. He has been in the majors since 2011, but the kindest way of summing up his career is the results haven't been there. He entered this season with minus-3.4 career WAR, worst among active pitchers. To be fair, he has had to pitch in difficult environments his entire career. The Astros rushed him to the majors when he was just 20 years old, and he spent three seasons on those awful teams that lost 100 games each year. Then he had to pitch for the Rockies. He battled some injuries along the way before Colorado finally released him last August. The Padres picked him up, and he gave up 24 runs in 23 innings.

I guess the answer is you never know. Lyles is only 27, and the stuff is OK, or at least it was Tuesday. Lyles' fastball has always been pretty hittable but maybe getting out of Coors Field will help his confidence. So far in 2018, he has been using the curveball more often and throwing more four-seam fastballs and fewer sinkers. The odds are long, and the Rockies can't hit right now, but it's certainly worthwhile for the Padres to run Lyles out there for a couple of months and see if they have something.

A home run for mom: This final note was going to be on Robinson Cano and his 80-game suspension, but there's not much more to say about that. Let's instead go with something a little more feel-good. Stephen Piscotty returned to the A's after the death of his mother, Gretchen, from ALS. In his first at-bat, he did this:

If you missed the SportsCenter feature, here's the story of Stephen and Gretchen:

The A's beat the Red Sox. The saying goes that baseball is life. The baseball poets philosophize that baseball represents life. Of course, we know it's really just one team beating another, an infinitesimal part of this messy, beautiful world in which we exist. And sometimes it's a reminder of the short time we all have.