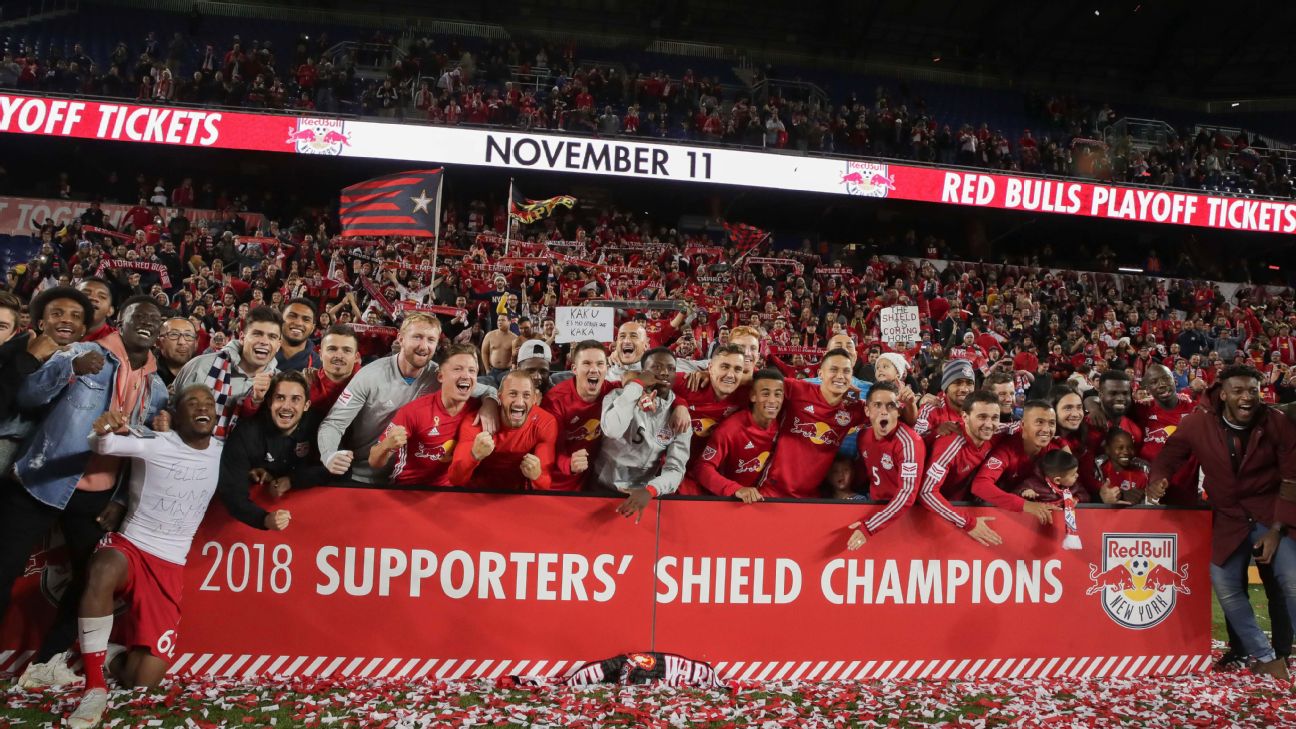 Derrick Etienne Jr. scored in the 53rd minute, and the New York Red Bulls clinched the MLS Supporters' Shield with a 1-0 victory over Orlando City on Sunday in Harrison, N.J.

Atlanta wound up losing 4-1 to finish second in the Eastern Conference after leading the race for the Supporters' Shield most of the season.

New York will start the playoffs next weekend at home after a first-round playoff bye.

Needing a draw or a win to clinch their third Supporters Shield, the Red Bulls finally broke through when Etienne got a pass from Michael Murillo. He then sped through the box, made a move on Orlando defender Shane O'Neill and put a right-footed shot into the left side of the net.

It was Etienne's fifth goal of the season.

Orlando appeared to tie the game on a goal by Dom Dwyer in the 64th minute, but it was overturned when officials said Dwyer was a few steps offside.

New York nearly added insurance, but Adam Grinwis made a point-blank save on Bradley Wright-Phillips in the second half. A few minutes later, Toronto took a 3-1 lead on Atlanta, much to the delight of the Red Bull Arena crowd.

Luis Robles recorded his career-high 14th shutout with one save as New York won its fifth consecutive game and celebrated clinching on the field.

New York also recorded its 15th clean sheet of the season and will get the Supporters' Shield trophy on Monday. The trophy was in Toronto in anticipation of an Atlanta win.

New York also went 12-3-3 under coach Chris Armas, who took over in midseason.