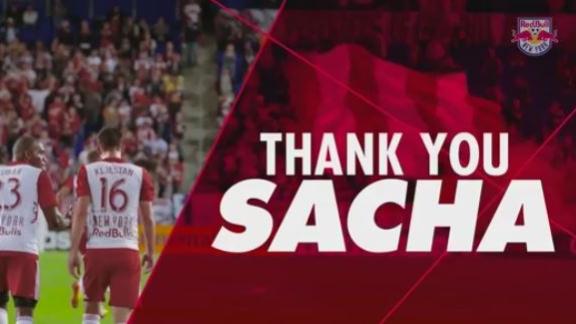 The Red Bulls announced the trade of their captain Wednesday. Kljestan helped New York to the Supporters' Shield and an appearance in the Eastern Conference Finals of the MLS Cup Playoffs in 2015, with eight goals and 14 assists in 33 appearances.

"We are thrilled to bring Sacha to Orlando," OCSC general manager Niki Budalic said. "His ability to see the field and make the final pass will be huge assets for us.

"But more than that -- he's a winner. He's won everywhere he's gone, and we look forward to that continuing here."

Kljestan set a franchise single-season record with 20 assists this past season. The Red Bulls reached the U.S. Open Cup Final and appeared in the MLS playoffs for the eighth consecutive season.

Rivas joined Orlando City as a designated player in 2015 from Deportivo Cali of Colombia. Redding played 18 matches in each of the last two seasons.